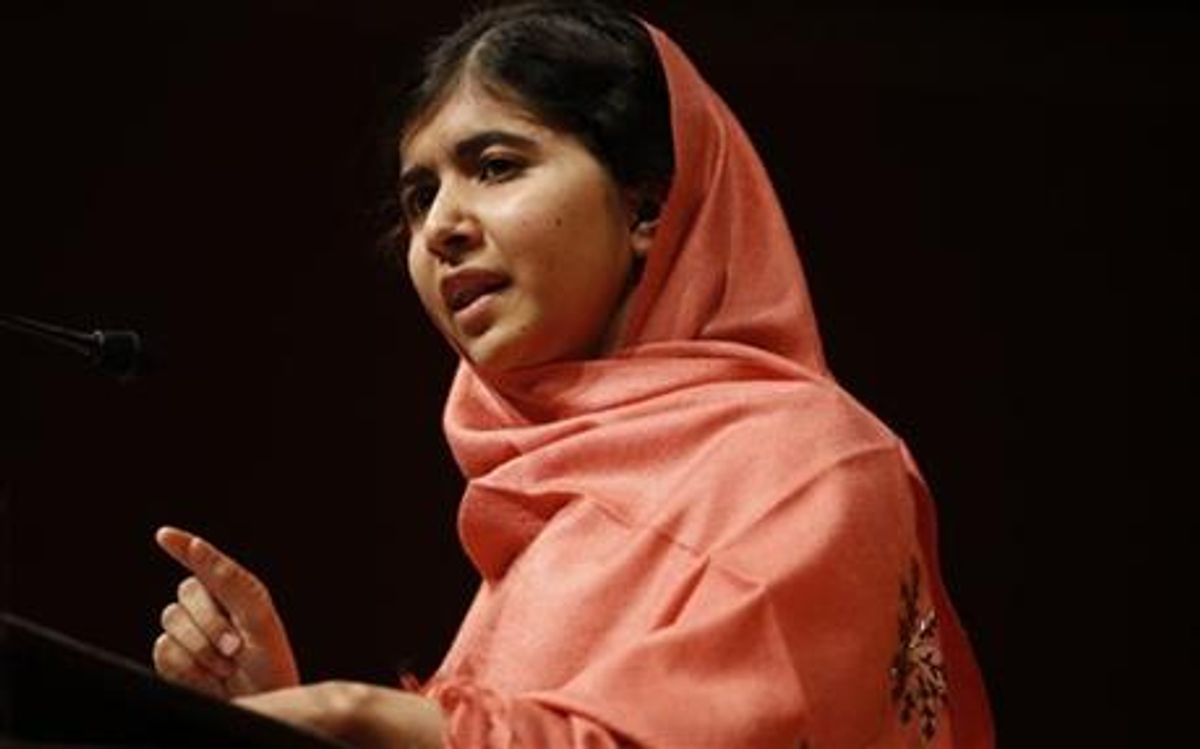 U.S. intelligence leaker Edward Snowden and a group of imprisoned Belarus dissidents were also in the running for the 50,000-euro ($65,000) Sakharov Award.

"The European Parliament acknowledges the incredible strength of this young woman," said Martin Schulz, the president of the EU legislature. "Malala bravely stands for the right of all children to be granted a fair education. This right for girls is far too commonly neglected."

Europe's three major political groups had nominated the schoolgirl in a show of united support for her cause.

The Taliban targeted Malala in the Oct. 2012 shooting because of her outspoken objection to the group's interpretation of Islam that keeps women at home and bars girls from school. Militants still threaten to kill her if she returns home.

After Malala was shot in the face, she was taken for special treatment to a hospital in Birmingham, England. She gradually regained her sight and her voice and was reunited with her parents.

Her recognition has stirred anti-Western sentiments in Pakistan, where a brutal insurgency has killed thousands of civilians and more than 4,000 soldiers.