"It's time for someone to act like a grown-up" 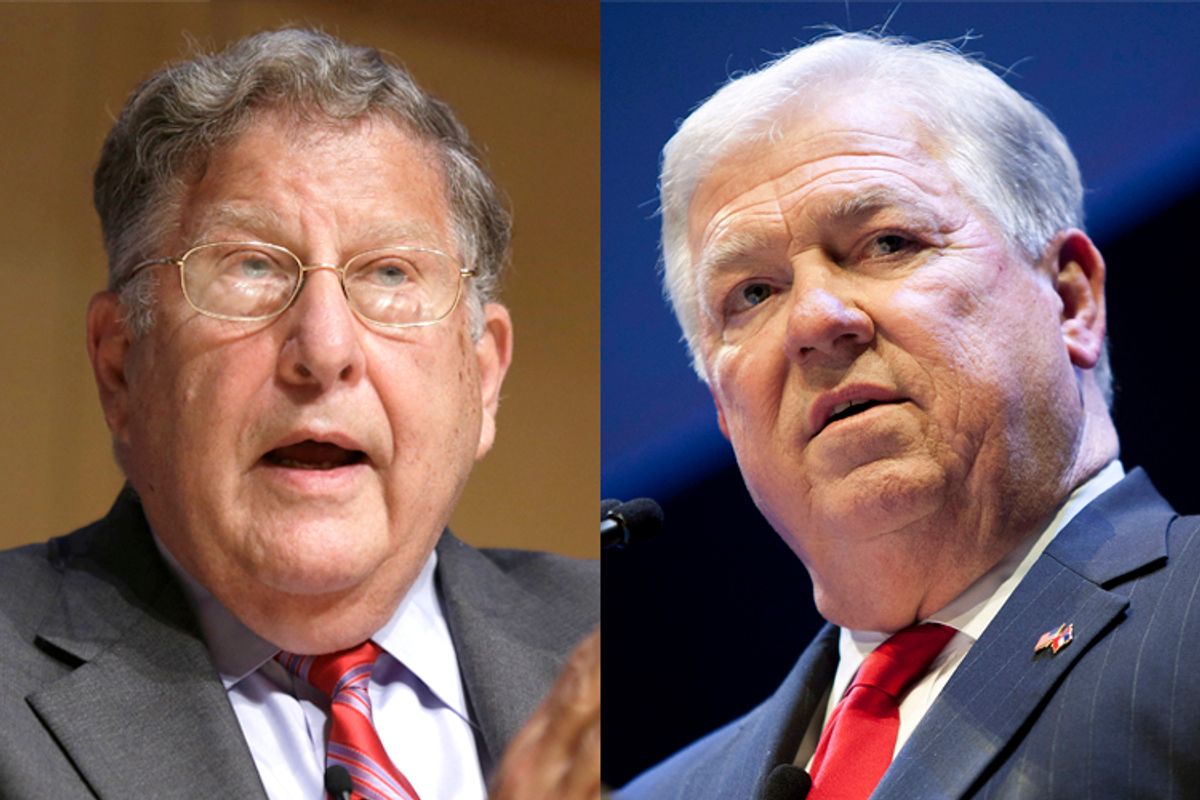 According to a new AP report, two high-profile former GOP governors are lashing out at the Tea Party.

Former New Hampshire governor John Sununu and former Mississippi governor Haley Barbour have both let it be known that they're unhappy with the congressional GOP's Tea Party-inspired direction. "It's time for someone to act like a grown-up in this process," Sununu told the AP. Barbour, meanwhile, has said that Ted Cruz's plan to shut down the government in order to force the defunding of Obamacare "never had a chance."

After conducting more than a dozen interviews, the AP finds "Republican leaders, officials and strategists at all levels of the party ... faulted tea party lawmakers in the House, who have insisted that any deal to reopen the government be contingent on stripping money for the health care law." These Tea Party detractors argue the GOP should be focusing on reducing long-term spending, not obsessing over unfeasible strategies to stop Obamacare. "At the end of the day, you're fighting legislation that's already passed," former South Carolina Republican Party Chairman Katon Dawson told the AP.

More from the AP:

The anger emanating from Republicans like Sununu and Barbour comes just three years after the GOP embraced the insurgent political group and rode its wave of new energy to return to power in the House.

Now, they're lashing out with polls showing Republicans bearing most of the blame for the federal shutdown, which entered its 11th day Friday. In some places, they're laying the groundwork to take action against the tea party in the 2014 congressional elections.

Iowa Republicans are recruiting a pro-business Republican to challenge six-term conservative Rep. Steve King, a leader in the push to defund the health care law. Disgruntled Republicans are further ahead in Michigan, where second-term, tea party-backed Rep. Justin Amash is facing a Republican primary challenger who is more in line with -- and being encouraged by -- the party establishment. And business interest groups, long aligned with the Republican Party, also are threatening to recruit and fund strong challengers to tea party House members.

"They keep compromising," said Katrina Pierson, a former Dallas-area tea party organizer now challenging Rep. Pete Sessions of Texas in the 2014 GOP primary. "They all campaigned on fiscal responsibility. They just need to do what they campaigned on."