Shutdown could mean no more rape kits in Washington, D.C. 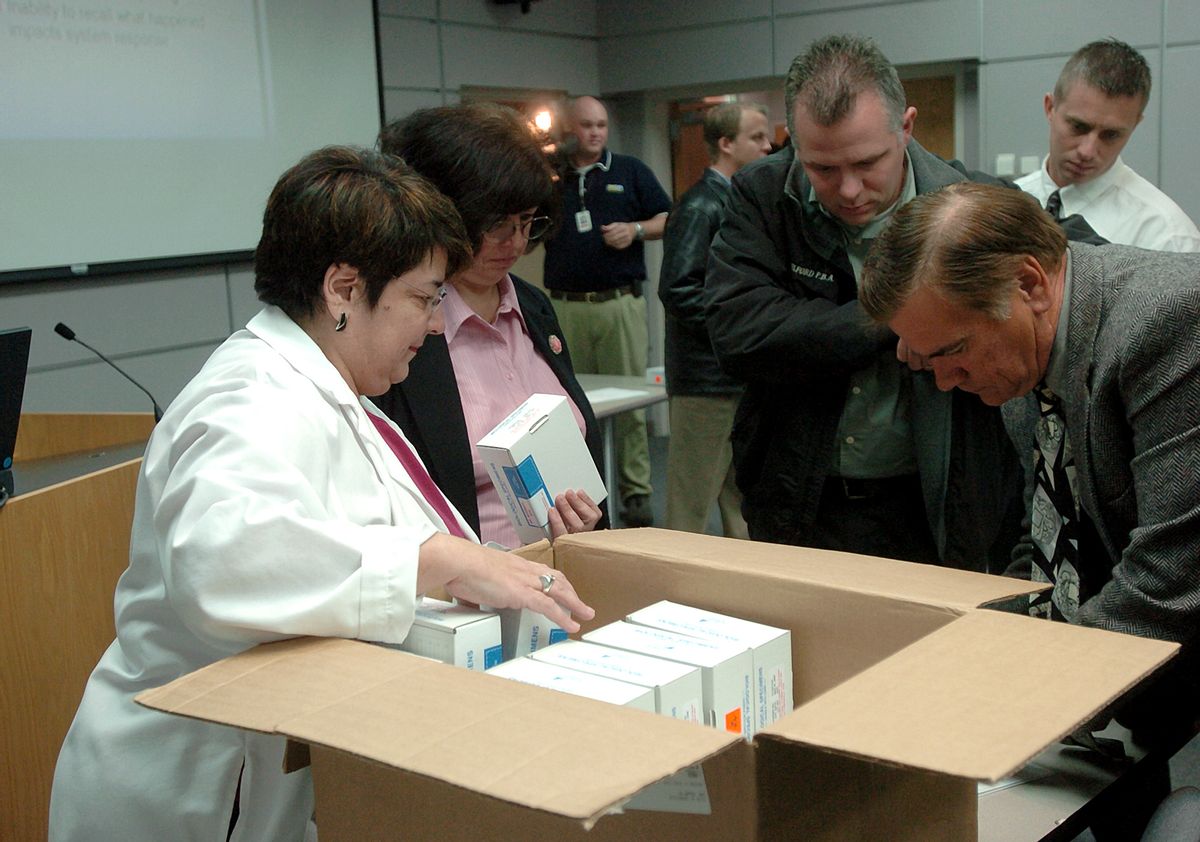 The government shutdown has already jeopardized the lives and safety of millions of women through the suspension of funding to domestic violence service providers and halted WIC vouchers, and rape kits may be its next victim.

As Amanda Terkel and Jason Cherkis at the Huffington Post report, victims advocates in Washington, D.C., say they may be forced to stop administering rape kits and providing other vital services to sexual assault survivors if the shutdown drags on much longer.

"If we don't have funds, no rape kits get done, there's no medical forensic exam," said Heather Devore, executive director of D.C. Forensic Nurse Examiners. "It would be back to the days of prior to [the Sexual Assault Nurse Examiner (SANE) program's] existence, where it's essentially an evaluation by a physician and you lose evidence."

"It's especially important because we know that DNA degrades quickly; we only have a short time in order to obtain this evidence," she added. "It's not like we can schedule and tell them to come back in a month when we have funding, because all that evidence is gone at that point."

A SANE contingency fund may help keep the program running through the end of the month, but if the shutdown continues, this work will be forced to a halt, crucial evidence will be lost and victims of sexual assault will be denied services they badly need and deserve.

"The real concern is that crime victims would be going without services that they critically need," said Nikki Charles, co-executive director of the Network for Victim Recovery of DC.

The suspension of victims' services and the disruption of the administering of rape kits, Charles added, would mean "the potential for those [survivors] to receive justice in the criminal justice system would basically evaporate. There would be no chance."