The storm is already half the size of India itself 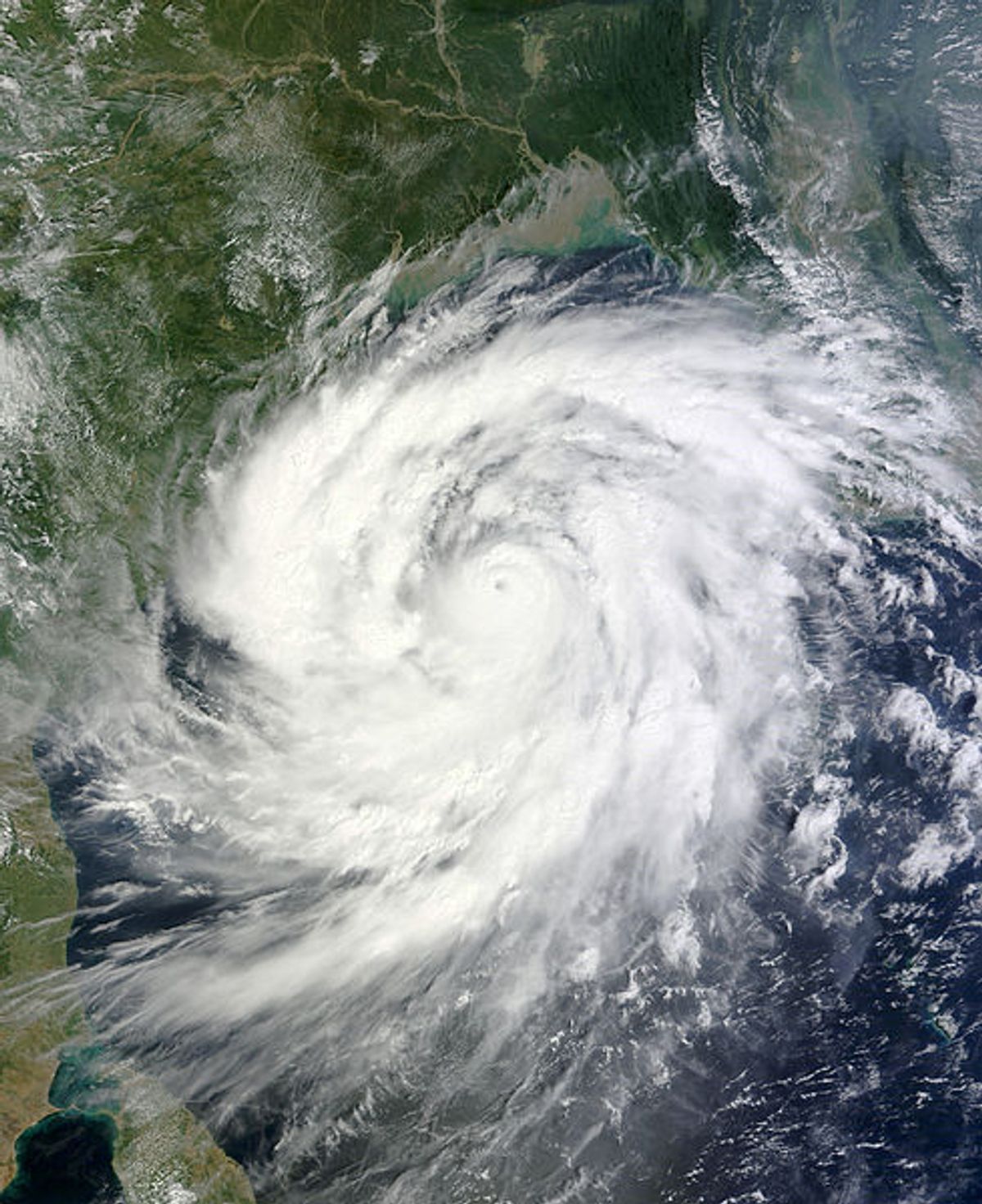 Cyclone Phailin over the Bay of Bengal on 11 October 2013. At the time the image was taken, Phailin was a violent Category 4 equivalent tropical cyclone with 1-min winds peaking at 250 km/h (155 mph) and a central pressure of 940 millibars. (Wikimedia Commons)
--

Winds from the the storm, which is being described as half the size of India itself and so large it nearly filled the Bay of Bengal, are expected to reach 210-220 kilometers (130-135 miles) per hour.

Patra said authorities plan to take another 100,000 people to safer areas before the cyclone hits.

"No one will be allowed to stay in mud and thatched houses in the coastal areas," he said.

To put the anticipated impact into context, some forecasters say Phailin's about equal in size and intensity to Hurricane Katrina. For those about to be hit, it might call up instead memories of the 1999 cyclone that killed 10,000 people in Orissa. "Phailin will be no less than the 1999 super cyclone," Odisha state's special relief commissioner told Reuters. This time, state officials say, they're better prepared.