The government shutdown is great for bears 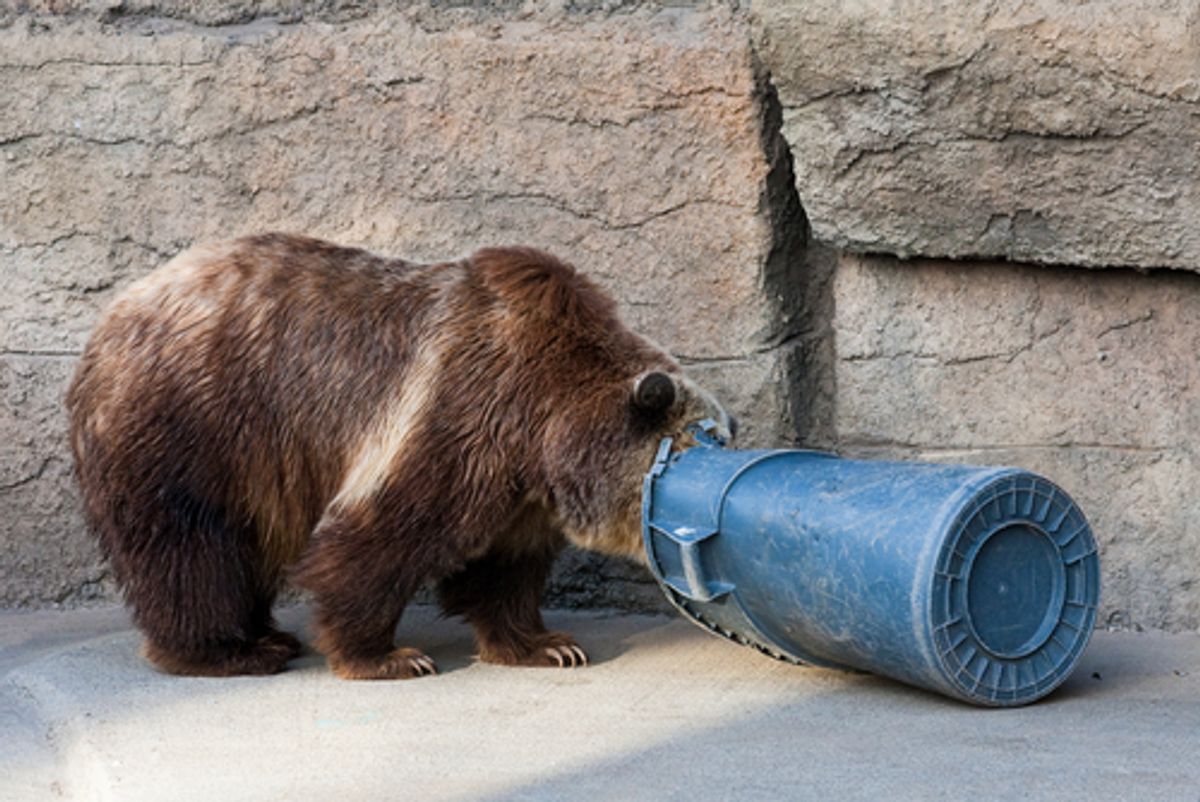 There are only two rangers still on duty at Fairbanks, Alaska's White Mountains National Recreation Area, which remains open to visitors. And they're the only ones who stand between the park's trash bins and the grizzly bears that attempt to raid them.

This is really good news for the grizzly bears.

The anti-bear locks fitted onto the bins, Bureau of Land Management ranger Jonathan Priday told the Fairbanks Daily News-Miner, are pretty much useless once they overflow with trash. Bears have been spotted taking advantage of this fact at two of the park's popular trailheads. '“My fear is we’re going to get habituated bears at the trailheads,” Priday said, which could then become a threat to humans.

Priday complained that emptying the trash isn't even part of his job description: “Typically I don’t have to deal with garbage, but I am now."