My self-loathing nearly killed me

By 25, I was an addict and an alcoholic. I only found peace when I stopped comparing myself to everyone else 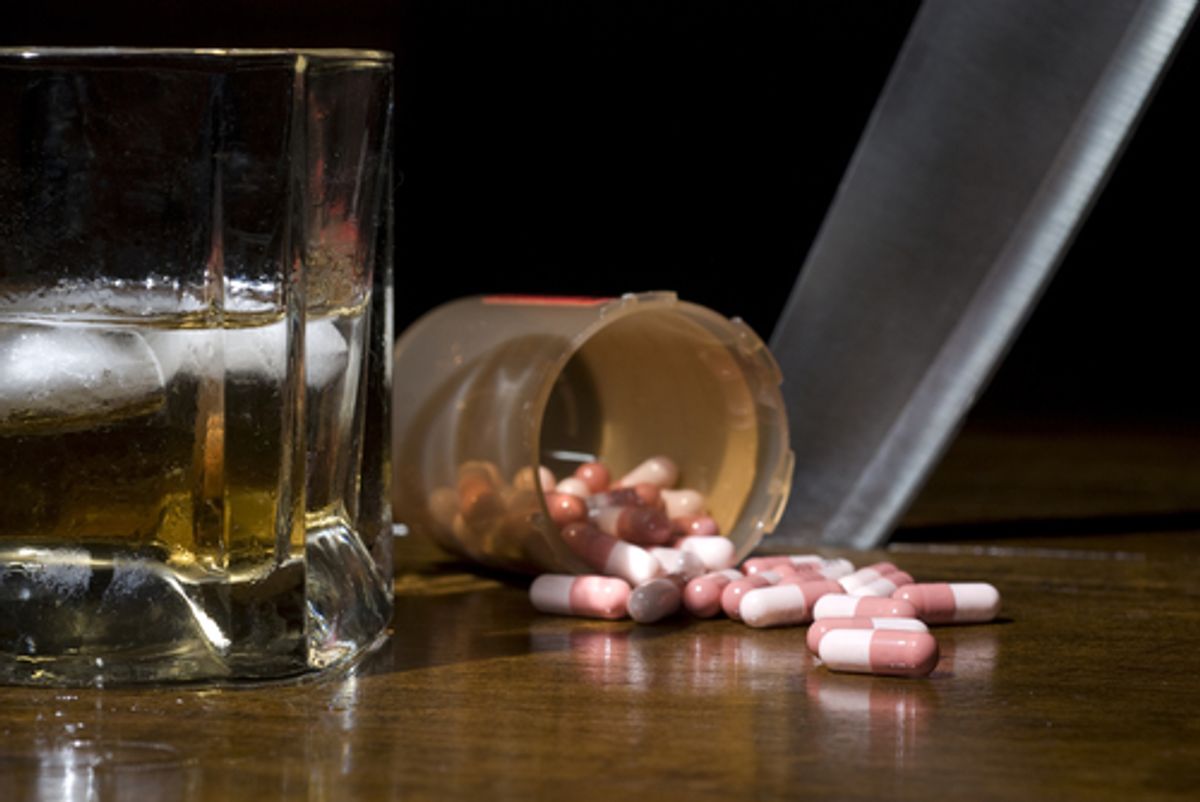 You better shop around. So said Smokey Robinson and The Miracles in 1960. It was sage advice then and it remains so. If you’re looking for a car, an appliance, a home or anything else, you’ve always got a better shot at getting what you want by comparing what’s out there. And so it makes sense that when we think about our own quality of life—happiness, health, spirituality and other such variables—our natural tendency is to look at those around us and use them as a barometer against which to measure ourselves.

But this can be taken too far. Trust me—I’ve spent most of my life doing this.

As a kid, I had some liabilities. I wasn’t popular. I didn’t play sports. I was overweight. My family wasn’t stable. I looked at my peers and saw children with wild self-confidence who could hit a baseball or whose families ate dinner together every night. I not only envied them; I often hated them for it, too. And I used those things I did have—I was smart, could make people laugh and was very gifted at Nintendo—as ammo to feel superior to anyone I perceived as remotely lacking those skills. Whatever worth could be assigned to each quality never mattered in the end. The sum of these calculations was inevitably the same: I didn’t measure up; I wasn’t enough. And I hated myself for it.

As a teen, I started trying to change the things I didn’t like about myself. I made some strides—I lost weight, learned how to run fast, got up the courage to talk to a girl—and these successes allowed me to get more of what I wanted from life. But a lot didn’t change—or at least one very important thing didn’t: the comparisons continued. If anything was different, it was that these comparisons were now coming with higher stakes than ever. I could run but when I raced against my best friend, he always beat me. I worked out but I didn’t have a six-pack like guys on TV. I was popular but there were still a few people I couldn’t ever seem to make like and accept me. In short, I saw examples all around me of people who were superior in all these ways and I hated them for it. But most of all, I still hated myself for it—no less than ever, perhaps even more so.

Then I stopped improving, mostly because I became an alcoholic and a drug addict and nurtured a debilitating eating disorder to boot. I was an after-school-special that went on for years—but without the third act where the protagonist learns their lesson and moves on with life. I watched people I’d grown up with developing their professional lives, starting families, buying homes. Then I looked at my disgusting apartment and failed college experience and felt that hatred again. But it had become less about the people who were succeeding and more simply focused on myself. Even with the path I’d taken, I saw myself as tremendously lacking. I’d always fancied myself an artist of some kind but I couldn’t seem to produce anything. American cultural was littered with musicians, writers and filmmakers who had done the best work of their careers as 20-something drug-addled drunks. Why couldn’t I have that life?

Eventually the drugs and drinking took me so far down that I stopped wondering and I realized that I had to get sober. By some miracle, I did. With a lot of help, I gave up the self-destructive behaviors in favor of a new, safe life that was much better. I finally started to feel better. But I didn’t give up judging myself by what I perceived to be true about other people. When I had 10 days sober, I thought I was better than the guy who had nine, and worse than the one who had 11. My self-worth was a panicked, amorphous thing that changed minute to minute depending on who I was around or even just where my mind was.

I had a friend from rehab who seemed to be everything I wasn’t. He was always at ease and comfortable in any situation. Girls loved him. He had enough self-confidence to fill 10 versions of me. Even his experiences out in the field—running wild on drugs—seemed infinitely more exciting than mine. I felt cooler when I hung out with him but was also forced to deal with what I hated about myself. Of course, I resented him for this and felt angry that things seemed to come so easily to him.

After we’d both been sober about six months, he started smoking pot again and then drinking. I expected he’d soon be back in rehab or jail or just generally miserable and I’d be able to feel superior if I could stay on track and not follow his example. But I saw him some months later and he told me how great things were going and how much fun he was having. God, did I hate him in that moment. I knew myself enough to understand that I couldn’t go back to getting high; yet again, I was frustrated by how easy his life seemed to be in comparison to mine.

I was certain that reaching my first year of sobriety, finally achieving a goal that I’d wanted for so long, would be a pinnacle for me; once there, I was sure I’d finally be happy. But no, I just moved the goal post: I saw the people who had over a year of sobriety as superior. That same month, early one morning, I got a call that pulled me out of bed. My friend, the one I was certain had a life privileged with everything I yearned for, had been found dead on the floor of his bathroom: the wrong mixture of alcohol and pills. I had always been warned that the affliction my friend and I had was a deadly one but still this news seemed to come from out of left field. I couldn’t believe this had happened to the big, strong, self-confident guy I knew. I felt a convoluted mix of emotions—too many to even understand at the time.

I’ve continued to process this over the years since and here’s what I’ve come up with: I’d always been taught, at least in sobriety, that gratitude is essential to my survival. When my friend died, I was told that I should be grateful that I had my life. That was true. Many times, I had washed down the contents of a prescription bottle with alcohol all too recklessly. Still, that message didn’t ring entirely true for me. It reminded me of parents who tell their kids to eat all their vegetables because some kids somewhere else are starving. No matter how true it may be, it doesn’t go a long way because we’re living the life we’re living not the one we imagine others are living.

When I moved to Southern California, I was surprised by the size of the homeless population and how the cops seemed less likely to force them out of upscale areas—at least compared to what I’d seen in Boston. I was told many times to be grateful I was not homeless. But I couldn’t help thinking that the homeless population in LA had it much better than those in Boston. The temperature never seems to drop below 50 degrees here, while I had literally seen guys frozen to benches in the winter back home. But then I thought, Well, if those guys in Boston can eat out of dumpsters, they’ve got it better than some guy living 10,000 years ago at the dawn of the agricultural age. I knew that all of these people had lives much more difficult than mine, but still, did that mean that we should all be content because we were not as bad off as the next in line? I didn’t want to have this thought because it made me feel like I was trivializing experiences I could barely imagine. Still, the thought grew.

When I think of my deceased friend now, I am still grateful for my life but I no longer compare it to the one he lost. If he had lived the much longer life that I believe he deserved, it wouldn’t make any difference. The truth is that I have no idea how happy he was because of those things he had which I so desperately wanted. Even on the surface, it’s clear that he was in enough pain to be trying to chase it away with drugs, just like I did. I may have envied him but I had absolutely no idea what the experience of being him was like.

There’s plenty in life I desire and still don’t have. I want to be more accomplished in my career, and have a family, and own property, and win trophies—but I haven’t yet. I could look at people who have these things and compare myself but I try not to do this anymore. It just doesn’t make me feel good.

Instead, I look at myself. When I was 25, I was unemployed, poisoning my body and had no real connection to any other living thing. The 30 year-old version of me has found work and academic successes, relationships with other people who trust me and even kept a German Shepherd alive for two years. When I compare me to me, there’s a lot to be proud of and a lot that makes me hopeful for how much better things can get. Nowadays, the competition is firm but very narrow. In every conceivable way, the only person I’m racing is myself.

And the possibilities are limitless.