After an unexpected injury changed my life's landscape, I decided to change the landscape of my life 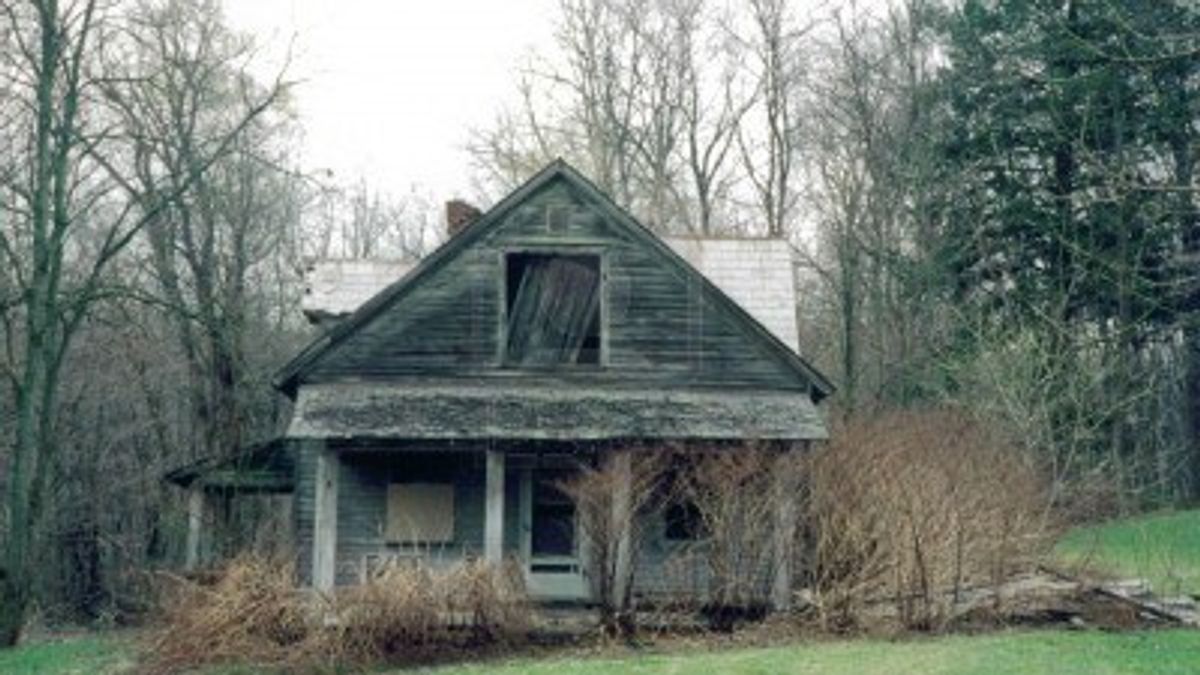 The truth is, at the point I’m talking about, I’m on the lam. Exiled. Unhinged. A runaway. I have captured three months of my life and taken it hostage. Packed up the cat and the dog and driven up to the mountains.

Last fall, while visiting friends, I dropped a Vespa on my leg, shattering my knee quite dramatically. The weight of the machine broke my Tibial Plateau, tibia and fibula. It was one of those injuries that caused the admitting nurse to exclaim and the X-ray guys to congratulate me for having broken myself so thoroughly. I spent three weeks in a “sub-acute care facility”—a nursing home where my roommate thought she met me fifty years ago and where most everyone else there was in decline rather than recovery. Lying there with bolts protruding from my shin and thigh and a tinker toy-like halo of titanium encircling my knee I was acutely (not sub-acutely) aware that life as you know it can change as quickly as lightning strikes.

Now everything from my knee to my ankle is titanium. I will never be the same. Not being the same isn’t always a bad thing.

After the hospital, I holed up for the winter in one room of my large house, immobile and in pain. By spring, I had weaned myself off the crutches; I no longer needed ice packs or painkillers, but still could not walk without a cane. As soon as I could drive again, I drove the reverse of the route the ambulance had taken me six months before. In ambulances you don’t see the road; you feel its excruciating unevenness.

From the time I left the hospital in November until April, I depended upon others for everything. Friends made it possible for me to get through the winter, bringing me water, taking out the garbage, driving me to physical therapy, and supplying me with sustenance both spiritual and physical. Without these friends I could never have endured the dark days of January, when I railed against the walls enclosing me, and the months I knew lay ahead. While I was grateful for those friends, I also despised myself for needing their help. For days, weeks, and months, I was forced to be social in order to survive. Some might not find this difficult, but I have always depended upon my silences, my time walking my dog, long periods when I could disappear. What I do requires solitude.

My house in Montclair is a large Victorian. Within two blocks there are fourteen restaurants, a theater, and a concert hall. I find myself in the Victorian monstrosity by necessity: it has enough rooms for myself and my children, as well as a painting studio, and a boarder. It is a continuation of my life, and my children’s life, if somewhat cobbled together. But with all its charms it wasn’t my ideal.

So I came to Pine Hill to get away from all the people who know me and away from a life dictated by compromise. I moved to this tiny mountain hamlet with a Main Street looped out from Route 28 like a dropped stitch. In May, it took me two hours to walk a mile up Belleayre Mountain with a cane. Confined as I was in one room through my convalescence, I arrived at the point of choosing one room (and a deck) in which to do my real healing. I needed to get rid of the memory of pain and replace it with the immediacy of new leaves, spring’s promise of summer, and me walking again. I wanted mountains and ponds.

The house in Montclair came with lawns, which I converted to a raucous garden, a jungle contained within a white picket fence. People like what I have done, generally, and the residents in the apartment building across the street tell me they appreciate having the garden to look upon from their windows.

Up here, in nature, I have not lifted a finger to change it. The natural world here is rough, rudimentary, and beautiful. I walk out into it, I discover it. I live in regard to its reality; at night the hatches get battened down. Stories abound of doors bashed in by bears because someone naively hung Indian corn on the front door. There is the path the bears take to the creek, the arc of red-tailed hawks with their slow glide above, and the close, rapid beat of hummingbirds on the lilac bush. These things exist without me, before me, and after me. When my son graduates and the house in Montclair is sold, the new owners might well tear out the garden and put down a lawn again. That is how it works in the suburbs.

The Catskills Plan is not new. I talked about moving upstate when I was twenty-five and living in the East Village. Now I am twice that age and have lived in New Jersey longer than I lived in the city. Practicality and circumstance detained me. I raised two children in Montclair and ended a marriage. I came there young and grew to middle age, shaped by a suburbia I never wanted, but the exigencies of life made the suburbs the sane choice. The Catskill Plan never seemed feasible, not when there were jobs near the city and great schools and friends.

Catastrophe makes you re-examine the facts. What seems sane and practical becomes ridiculous when only practicality recommends it. Arguably there was pressure building through the years, but breaking my leg in eight places was undeniable. Last winter could not be ignored. I had my cataclysm.

I cannot walk down the street in Montclair without running into people who know my name and my children or my former spouse. The expectations are communal in Montclair. The acute knowledge of our literal and figurative distance from Manhattan pervades everything, and while there is art in Montclair, nothing is out of control.

In fairness, when I first came to Pine Hill I thought I would be driving back through the mountains to Woodstock and Phoenicia, where my friends live. Instead, I have learned to sit next to a pond and watch its ripples. I learned about a secret pond from one of the guys at the bar. The guys here are not like the guys in Montclair. They work outdoors all day and know secrets about the land, both true and bullshit.

In this distinctly unfashionable village, a middle-aged woman from elsewhere is a curiosity, but it is a town full of curiosities. Despite its defeated mansions and crumbling cabins, the village does have a bookstore, a community center, the county museum, and two bars. You can go out on the busy road to the gas station where they sell bongs alongside Catskill key rings, stuffed bears, faux Native American jewelry, ammunition, ashtrays with pictures of mountains stuck to them so you could possibly stub out your smokes on the face of Overlook or Slide Mountain. People come here during ski season, but there are never enough of them to lift the aura of decay.

At night, bears and other critters come out—maybe even cougars, though the stories you hear about Eastern Cougars (like stories of land deals) are rife with speculation, downright assertion, and everything in between. The fact is—she said, starting her own weave—I saw a photo of a cougar, yellow and confrontational, in a field outside a farm. The fellow who took the photo said that the cougar was eating his calves. The DEP says there are no Eastern Cougars and there have been none since 1934.

The two bars are only open sometimes. More than once, I’ve been the only customer on a Saturday night. The ruined mansions line Main Street. Station Road has no station and deep in the woods I found a pile of melted glass, the remnants of the Crystal Spring Water company that burned down long ago.

In Montclair, my dog Tiki is a menace with his peripatetic ways, a frequent offender sent to do time at the local home for pitbulls (where his dopey Golden Retriever ways confuse the inmates). But here, Tiki is more popular than I am. His peripatetic ways are encouraged.

The dominant element here, in reality and in confabulation, is bears. Nearly every conversation leads to talk of bears. It is nice if it also involves hawks, snakes, rabbits, and tadpoles, but bears are the biggest and most present of creatures. They operate primarily at night and lend themselves to mystery, legend, and lie. Evidence of their depredations peaks in August, but I heard stories of a mother and her two cubs that were out in one of the hollows in May. I did not see my first bear until mid-July, though the second sighting, of one stealing birdseed from a bar kitchen, came just days later. Some people feed the bears and other people shoot them. Some do both.

Before leaving Montclair, I received several of those local Patch alerts. Two bear cubs forced the schools to cancel outdoor recess. The dog-walking trails were closed and helicopters hovered. One of them was treed, tranquilized, and then “returned.”

The story goes that Halcott Mountain, a few miles from my shack, has been used as a sort of free-range depository, a home for juvenile delinquent bears. One can imagine that the bear that clung to a tree overlooking the bagel shop, bookstore, and yoga studio might well be relocated to within a few miles of me. I doubt it’s true—that they stick around, I mean. I just can’t imagine all those bears staying in one place. They have things to eat and places to see. They will not just stay where they are put.