House negotiations may have turned physical

An "altercation" occured between a senior Democrat and a GOP aide 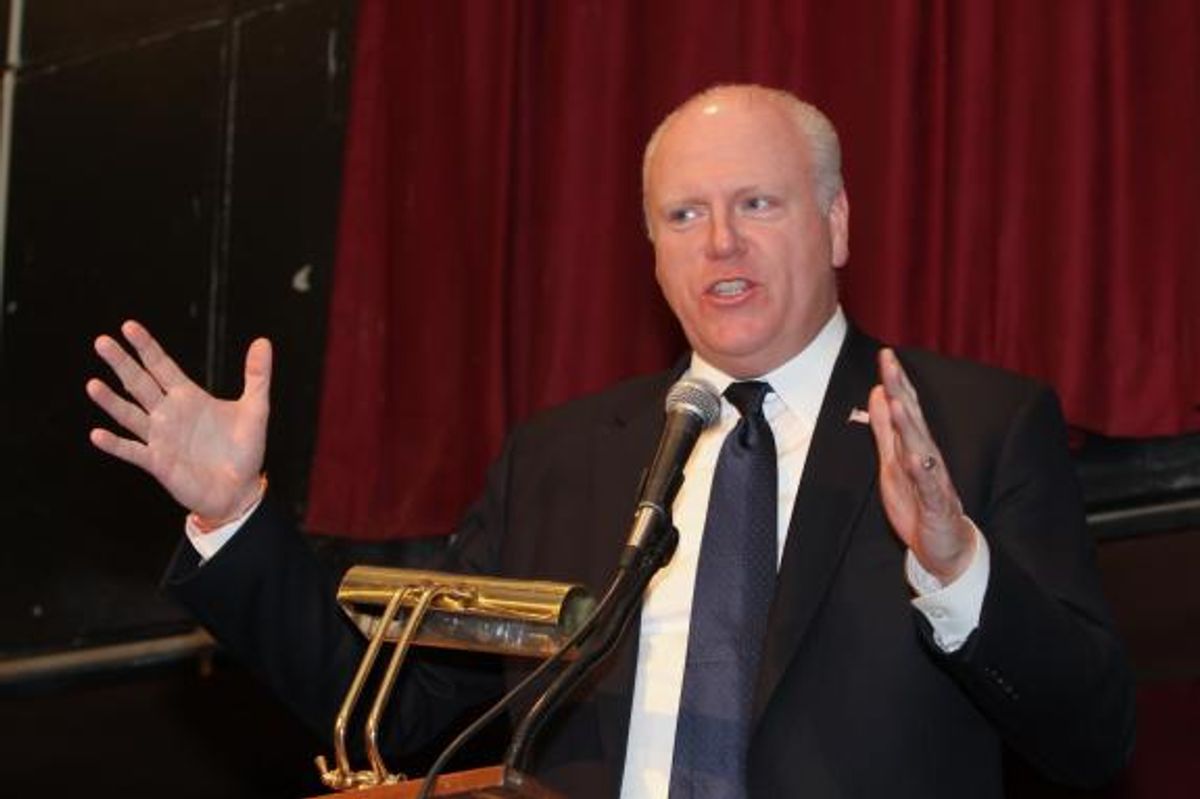 It's unclear exactly what went down yesterday morning between Rep. Joseph Crowley (D-N.Y.) and Chris Vieson, a staffer for Eric Cantor. There was definitely shouting. And possibly poking.

It began when Democrats' repeated attempts to bring a spending bill the House floor were all denied by the Republican majority. At that point, according to reports, Vieson, Cantor's floor leader, stalked over to the floor leader for the House Minority Whip Steny Hoyer (D-Md.) and "exchanged words with the Hoyer staffer that Democrats perceived as rude."

“He had come to our side, was yelling across the aisles that they were shutting down the debate and pulling the bill,” Crowley told reporters.

CQ Roll Call then has it that "Crowley was using his index finger to make his point and that he was poking Vieson, which is a definite no-no on the House floor." Crowley's version, per Politico, is that "he then told Vieson that his actions were 'inappropriate' and that his behavior was 'not in fitting with the decorum of the House.'”

The House is closed Sunday, but Senators Harry Reid and Mitch McConnell say they'll continue negotiations while Congress takes a breather. “I hope that our talking is some solace to the American people and the world,” Reid told the New York Times.