Donna Tartt's masterful, enveloping feat of storytelling about an orphan who steals a celebrated artwork 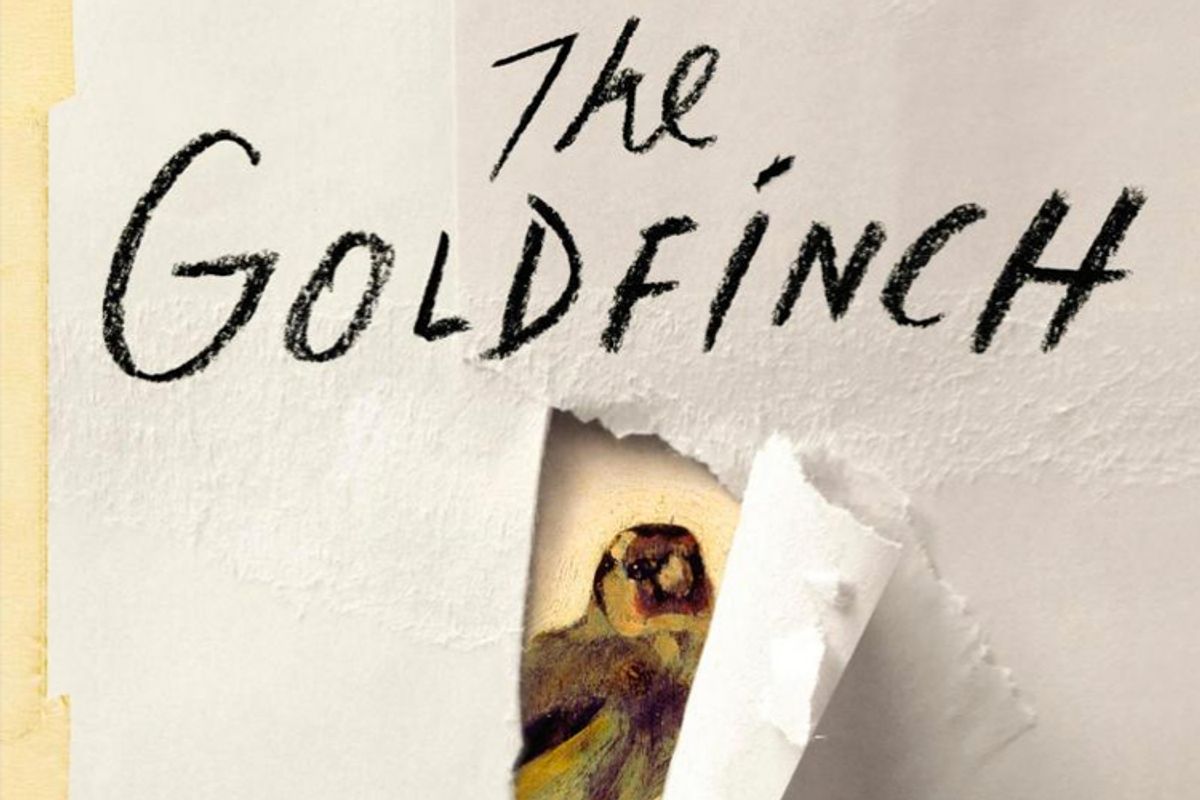 Donna Tartt's characters have a habit of falling into bubbles of one kind or another, places where they are a bit cut off from the world and where they grow fiercely attached to the handful of other people with whom they share their half-dreamlike existence. The friends of "The Secret History" are cocooned in their classics seminar at a secluded private college (a bubble within a bubble). The main character in "The Little Friend" is the daughter of a faded genteel family in a small Mississippi town in the 1970s. And even Theo Decker, the narrator of Tartt's new novel, "The Goldfinch," a boy growing up in post-9/11 Manhattan, doesn't quite seem to occupy the same jangly, information-bombarded dimension as the rest of us urbanites.

No doubt the root of all these strangely attractive fictional parentheses is the ur-experience of a young reader enveloped in a beloved book, that hypnotized, even slightly drugged sensation of falling entirely under an author's spell. Tartt is not just accomplished at evoking that experience, she's also a master at recreating it for adult readers. At nearly 800 pages, "The Goldfinch" is a very long novel, but it's impossible to wish it were shorter. There are many nods to "David Copperfield" and "Great Expectations" in the story of Theo's coming of age, of the alarming secret he harbors and of the many deceptions practiced on him by the world, but the most Dickensian thing about "The Goldfinch" is the way it gets its hooks in its reader and won't let go.

Like so many protagonists, Theo is effectively orphaned at 13, losing his adored single mother when they are both caught in a bombing at the Metropolitan Museum of Art. His estranged alcoholic father cannot be found, so Theo is taken in by the emotionally stifled Upper East Side family of a school friend. When his dad finally turns up again, toting a leathery sexpot girlfriend and claiming to be on the wagon, the boy gets hauled off to Las Vegas. There, in an underfurnished house in the middle of a failed and nearly empty subdivision on the fringe of the suburbs, Theo befriends an equally neglected kid, a Russian named Boris, who becomes his partner in substance abuse and adolescent misbehavior. It's an interlude that, thanks to Theo's feckless father's career as a professional gambler, cannot last long.

Eventually, Theo finds shelter back in New York, with a gentle, unworldly furniture restorer who runs a West Village shop -- one of those seldom-open places with a hand-lettered "by appointment only" card taped to the inside of the window that only seem to exist in novels -- and takes up the antiques trade himself. Although the characters in "The Goldfinch" know how to Google, own cellphones and send each other texts, there is something stubbornly retro about them. Theo prefers old movies, especially film noir, and uses "Carole Lombard" as the code name of a woman with whom he's having an illicit affair. The New York City he and his mother inhabit (in a rent-controlled Deco-era building, no less) is the enchanted city of "Harriet the Spy" and "From the Mixed-Up Files of Mrs. Basil E. Frankweiler" or even of Salinger's Glass family stories, rather than the New York of Gawker and "Gossip Girl." And despite his impressive history of debauchery, Theo retains a naive -- and mistaken -- belief that the people around him are what they appear to be.

What Theo isn't, however, is innocent. The great secret of his young life is that, in the dazed and ghastly hours after the bombing, he walked out of the Met with a masterpiece, a small painting of a goldfinch that is one of the few surviving canvases of the 16th-century painter Carel Fabritius. Fabritius, Rembrandt's greatest pupil, was killed by an explosion in a gunpowder warehouse located near his studio, a disaster that also destroyed most of his work. While Theo resists scrutinizing his desire to hold onto the painting (even though the fear of being caught with it torments him), its status as a shard of transcendent beauty salvaged from sudden, catastrophic loss underscores its connection to his mother. "The painting," Theo recalls, "the magic and aliveness of it, was like that odd airy moment of the snow falling [during a football game], greenish light and flakes whirling in the cameras, where you no longer cared about the game, who won or lost, but just wanted to drink in that speechless windswept moment." By the time Boris comes back into the story, having fulfilled his manifest destiny by becoming a gangster, Theo's ability to keep the painting squirreled away from the rest of the world has begun to falter.

"The Goldfinch" fizzes with dozens of piquant minor characters, from the menacingly polite loan shark who comes to the door in Las Vegas, looking for Theo's dad, to the unexpectedly tender socialite who serves as Theo's first protector in the wake of his mother's death, with her posh apartment where "rigidly catered parties" were "always tinkling frostily away" in the background. For all the novel's scope, Tartt has richened it with the meticulous, select details more typically found in exquisite but uneventful literary fiction. When he arrives in Las Vegas, Theo notes "my new room felt so bare and lonely that, after I unpacked my bags, I left the sliding door of the closet open so I could see my clothes hanging inside." And no one is better than Tartt at evoking the peculiar, submarine atmosphere that collects around people who are doing a lot of drugs.

"The Goldfinch" itself could be a controlled substance, which makes the experience of reading it unsettlingly similar to the lives it describes. Everyone in the book is trying to stop time, whether it's the antiques restorers who cherish and resuscitate old furniture from the depredations of daily life or a family who mourns a lost son by adopting a substitute or the painter who immortalized a little yellow bird four hundred years ago, thereby setting this novel's plot in motion. What does the bewitched novel reader do but follow suit, putting her own life on hold while she immerses herself in the adventures of imaginary people like Theo and Boris? You wouldn't want it to last forever, but you're grateful for every minute you get.