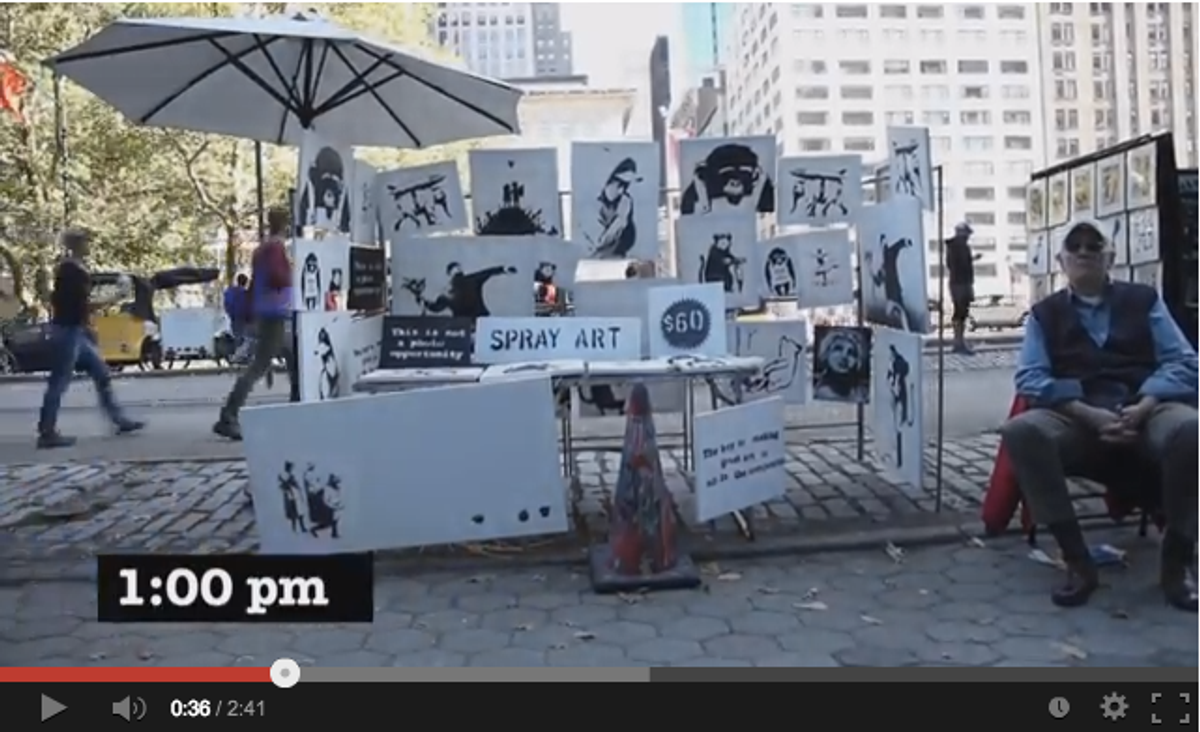 While men in East New York are charging people $20 to see Banksy's work and others in Red Hook are installing plexiglass to protect a wall featuring Banksy's art, a few unsuspecting New Yorkers and tourists were able to purchase the British graffiti artist's work for $60 a pop.

Banksy's art usually sells for hundreds of thousands of dollars.

“Yesterday I set up a stall in the park selling 100% authentic original signed Banksy canvases. For $60 each,” the artist wrote on his website Sunday.

An elderly man worked the stall, set up in Central Park, and it apparently took him four hours to make his first sale.

“A lady buys two small canvases for her children, but only after negotiating a 50% discount,” Banksy noted in the video on the stunt.

One man, saying he just needed “something for the walls” of his new house bought four paintings. He also got a hug from the salesman, which was free.