The Internet is laughing at newly discovered poems by the soon-to-be-millionaire. We should be cheering! 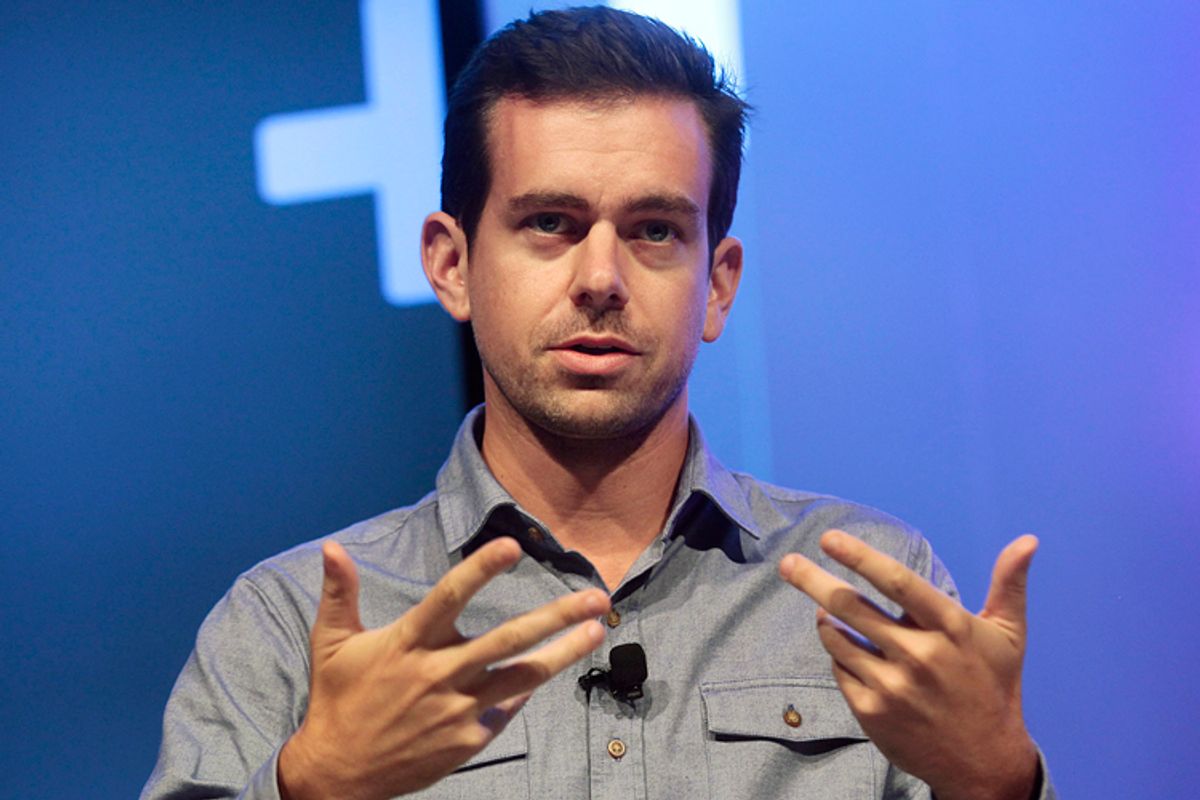 Jack Dorsey, co-founder of Twitter, is about to become very, very rich. Therefore, it is completely appropriate for the entire Internet-verse to rise up in mob lust and savage some poetry that Dorsey foolishly published online ten years ago. Indeed, the medium that Dorsey helped to invent is the perfect forum for no-holds-barred staccato-blasts of derision and sarcasm.

At some point, Dorsey realized that as a CEO of an up-and-coming potentially IPO-ing paradigm shifter, his forays into poesy might prove embarrassing. So he deleted his twenty-something experiments. Too late! Archive.org knows all! Today, Valleywag found the poems, and promptly published a few excerpts in what can only be described as an invitation for the entire world to commence snarking.

Bad poetry is easy to mock. The temptation is all but irresistible. But there are so many things worse than bad poetry that it's impossible to even start listing them. Of all the horrible things a 26-year-old white boy could be doing with his spare time, the fact that he played around with words is hardly cause for a Twitter firing line. I'll go out on a limb: I wish more Silicon Valley engineers were writing poetry.

Because you never know what happens when you start stringing words on end. Sometimes they knock together and something pleasant happens, if you are willing to hear it. I read Dorsey's poems, and I expected them to be horrible, and some of them certainly were.

But some I liked.

is the flow dissolved? no, simply reversed. i'll type backwards and unashamed.

wind pushing me millimeters from the ground at speed

fuck escaping to the stratosphere

why should i dot myself in correction fluid when i can instead blow up the next fork?

I wish I had the fortitude to write backwards and unashamed. I want to, but my wrists are holding me down. I am so ready to blow up the next fork. Give me the horizontal thermal cyclones I lust for, and maybe I will.

If we are believe Nick Bilton's account of Twitter's founding, Jack Dorsey committed some nasty office-politics backstabbing that helped put him in the soon-to-be-gazillionaire place he is in today. Tut tut. And certainly, no one need or should carry water for another young white male about to hit the Silicon Valley jackpot.

But come on! Writing poetry? We should all be so compelled to embarrass ourselves.