Voter ID judge's shocking admission: We got it wrong!

Key jurist who wrote majority opinion in landmark Crawford case now says: "We did not have enough information" 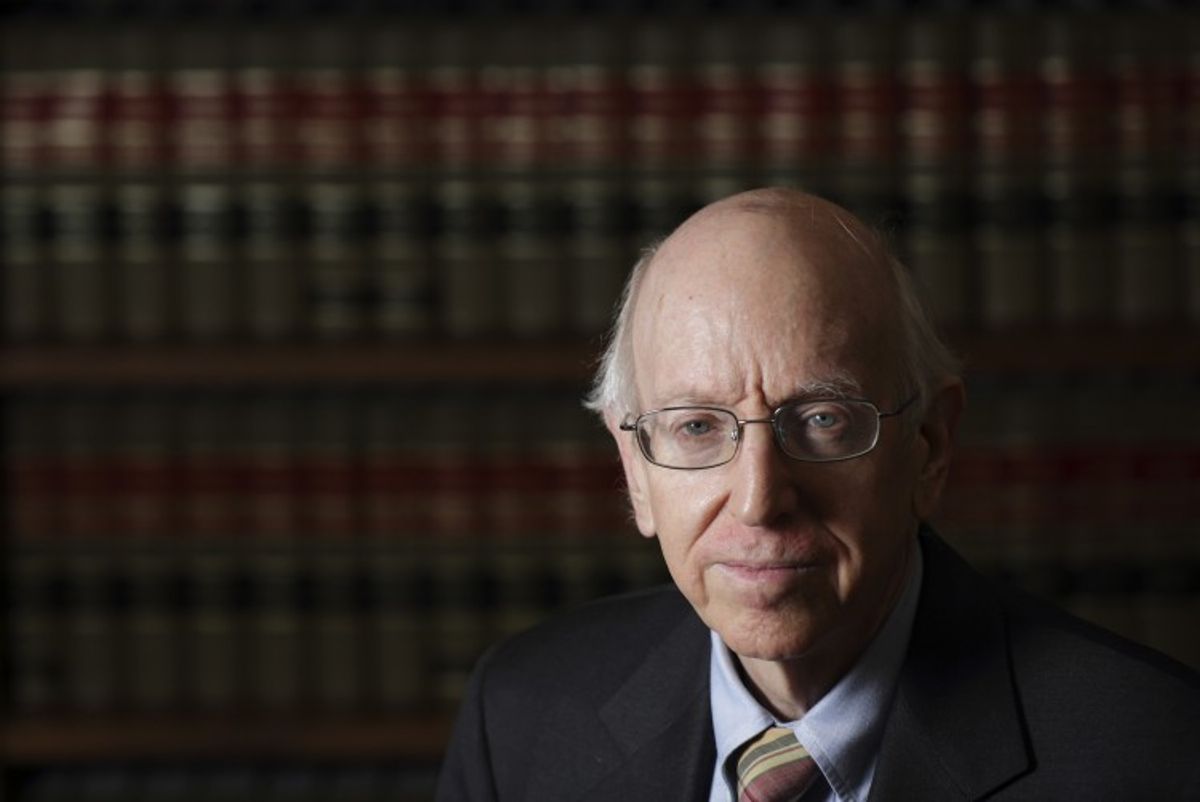 This is nothing less than remarkable. The 7th circuit court judge who wrote the majority opinion in the landmark Crawford v. Marion County Election Board case, has now admitted he got it wrong!

"I think we did not have enough information," Judge Richard Posner said in remarks Friday. "If the lawyers had provided us with a lot of information about the abuse of voter identification laws, this case would have been decided differently."

Crawford is the Indiana polling place Photo ID restriction case that went to the U.S. Supreme Court where it was upheld in 2008. It is the case cited, usually inaccurately, by Republican advocates of such restrictions, who argue that such disenfranchising laws are not in violation of the U.S. Constitution. For example, it is the case cited (inaccurately) by Texas Attorney General Greg Abbott, in his argument against the U.S. Dept. of Justice's current lawsuit attempting to block the Lone Star State's most recent attempt to institute that voting restriction at their polling places. "The U.S. Supreme Court has already ruled that voter ID laws do not suppress legal votes," Abbott said misleadingly in response to the DoJ's suit, as explained in detail last month by BRAD BLOG legal analyst Ernest Canning.

But, setting aside the misuse of SCOTUS' very limited ruling on Crawford, the remarkable news comes via UC Irvine election law professor Rick Hasen, who transcribes remarks made today by Judge Richard Posner, author of the original 7th circuit majority opinion in Crawford, now completely recanting his original opinion on the case!

Read this from Hasen. It's amazing...

In response to Mike Sacks's questions about whether Judge Posner and the 7th circuit got it wrong in Crawford case, the one upholding Indiana's tough voter id law against constitutional challenge: "Yes. Absolutely. And the problem is that there hadn't been that much activity with voter identification. And maybe we should have been more imaginative -- we weren't really given strong indications that requiring additional voter identification would actually disfranchise people entitled to vote. There was a dissenting judge, Judge Evans, since deceased, and I think he is right. But at the time I thought what we were doing was right. It is interesting that the majority opinion was written by Justice Stevens, who is very liberal, more liberal than I was or am. But I think we did not have enough information. And of course it illustrates the basic problem that I emphasize in book. We judges and lawyers, we don't know enough about the subject matters that we regulate, right? And that if the lawyers had provided us with a lot of information about the abuse of voter identification laws, this case would have been decided differently.

Here's the quote from Posner's book, which Mike Sacks flashed on the screen: "I plead guilty to having written the majority opinion (affirmed by the Supreme Court) upholding Indiana's requirement that prospective voters prove their identity with a photo id -- a law now widely regarded as a means of voter suppression rather than fraud prevention."

We have written at enormous length and breadth over many years here at The BRAD BLOG about how polling place Photo ID restrictions disproportionately disenfranchise minority, student and elderly voters. (Again, see Canning's most recent coverage of the DoJ's latest case against Texas to get a small idea.) We've also reported, for years, on how Republicans attempting to institute these laws know that they will disenfranchise voters who tend to lean towards Democrats.

For the most part, the only thing that GOP proponents of these laws have had to hang their hats on for all of these years, in regard to legal findings on this type of voter suppression law, has been the 2008 SCOTUS ruling upholding Crawford, though even that ruling never made a determination that Photo ID laws "do not suppress legal votes" as Abbott dishonestly argued recently in Texas.

In its 2008 decision, the U.S. Supremes found only that Indiana's version of the law did not disenfranchise voters "on its face", as Canning reported, because the plaintiff attorneys "failed to offer evidence establishing that any voter would either be disenfranchised or unduly burdened by the state's Photo ID restrictions. As a facial challenge, there was simply no evidence presented in the case to dispute the District Court's finding that the Indiana statute did not impose an undue burden" on voters.

But the Court also left the door open for a case in the future that might include specific evidence of whether or not such laws, when instituted in places such as Texas --- where it is very difficult for many voters (disproportionately minority voters, specifically) to obtain the requisite ID needed to vote under this type of restriction --- actually disenfranchised voters. A future SCOTUS case, examining the actual effect of such laws, is almost certain.

Following the Supreme Court's gutting of the Voting Rights Act over the summer Republican-controlled states have raced to implement polling place Photo ID restrictions in jurisdictions, such as Texas and North Carolina, where it had been previously blocked by provisions of the VRA. States such as Pennsylvania and Wisconsin have long been attempting to enact such polling place restrictions as well, often citing the Crawford case as the precedent to allow them to do so.

Now, the very judge who wrote the ruling in the original case later approved by the U.S. Supreme Court is abandoning ship, and directly admitting he got it completely wrong. That the only case of note used by supporters of this kind of voting restriction has now been pretty much disowned by the judge who wrote its majority decision is simply a remarkable development in this years-long battle.