An editor who used a misogynistic threat against Dr. Danielle Lee has been fired, but controversy continues 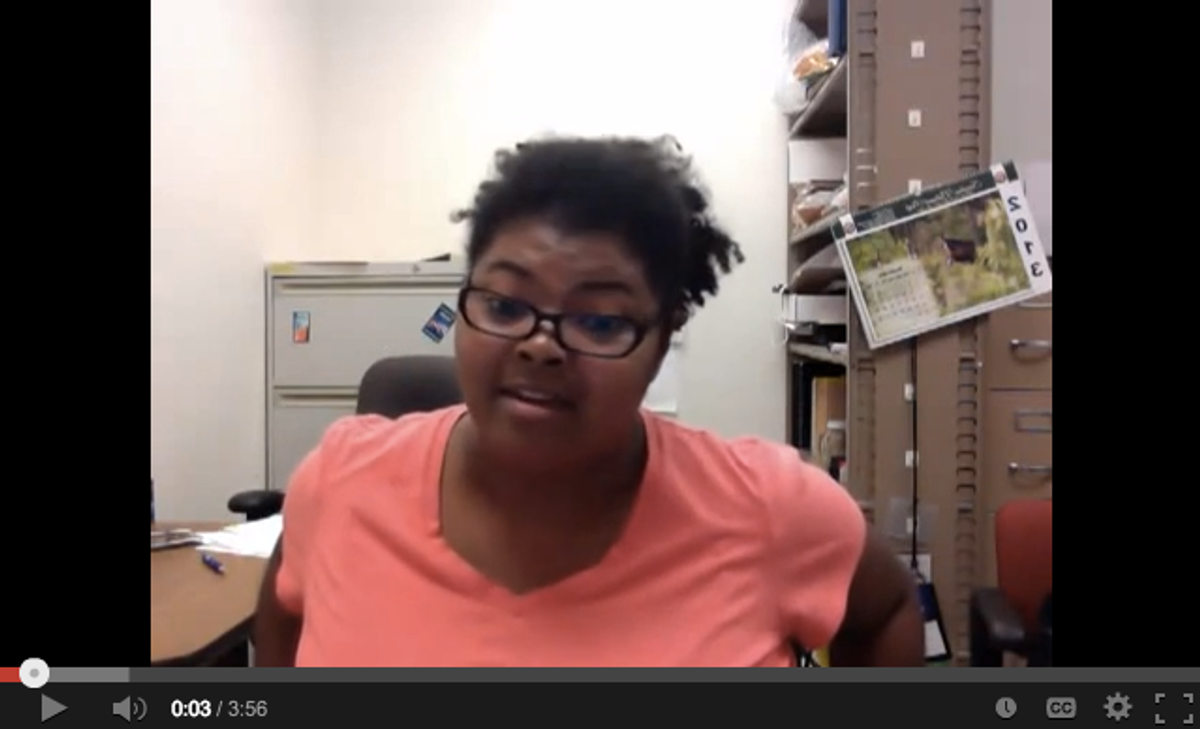 Biologist and science writer Danielle Lee uses approachable cultural references, personal anecdotes and humor to cover urban ecology, evolutionary biology and other topics for general audiences. As a woman of color in a field dominated by white men, Lee is particularly interested in, as she notes in her author bio, promoting diversity in the sciences and sharing science with traditionally marginalized groups. Her writing is smart, funny and approachable. Which is probably why Biology-Online, a science website, wanted her to write for them.

But after an editor from the site told Lee that she would not be compensated for the work she was being asked to do, she politely declined the offer.

To which the editor replied: "Are you an urban scientist or an urban whore?”

Lee, being, as noted above, smart, funny and approachable -- but also a woman who does not appear to suffer fools lightly -- responded to the editor's misogynistic message with a thoughtful takedown she posted to YouTube:

Lee also responded with a post about the exchange on her Scientific American blog.

Many others in the science and science journalism worlds called foul on both explanations, noting several other occasions in which Scientific American has let "personal" blogs remain on the site and the fact that, on Monday, Biology-Online issued its own apology and fired the editor who called Lee an "urban whore."

And yet Lee's post on Scientific American remains deleted, and so it seems we have yet another example of, as psychology professor and blogger Cedar Riener notes, the ways in which race and gender inform the boundaries of "acceptable" science and science writing.

Isis the Scientist, a physiologist at a major research university and a science blogger, elaborates:

But, science is a human endeavor and if one of the primary goals of Scientific American is to serve as a “powerful tool for forward-thinking readers," then surely they must be committed to increasing the ability of everyone to participate in the endeavor.

[Dr. Danielle Lee] once taught me, as only she can, that the most important outreach a minority scientist can do is to get her degree and keep her job. She lives her outreach everyday, teaching us about her work and about the process of her career.  She’s genius at it. [Lee's] gift is her talent for personal, thoughtful communication.

I hope that if Scientific American is truly committed to highlighting issues faced by women of color in science, they’ll begin to recognize why continuing to let this be framed as an issue of personal versus professional for one of the most visible women scientists of color is problematic.

Other scientists who write for Scientific American also weighed in, including anthropology professor Kate Clancy, who noted that if DiChristina's guidelines on "personal" writing versus "science" writing were actually enforced, several of her own posts would need to be deleted as well. She continues:

I almost never write about discovering science, and in fact write frequently about oppression and privilege. But when a black woman writes about an oppressive experience, it is grounds for removal. Folks, this is Ally Work 101: it doesn’t matter your intent, what matters is the impact. Silencing a black woman who just got called an “urban whore” is sexist, racist, silencing behavior. It is wrong, and it is shameful.