Typhoon Wipha is headed toward the damaged nuclear plant 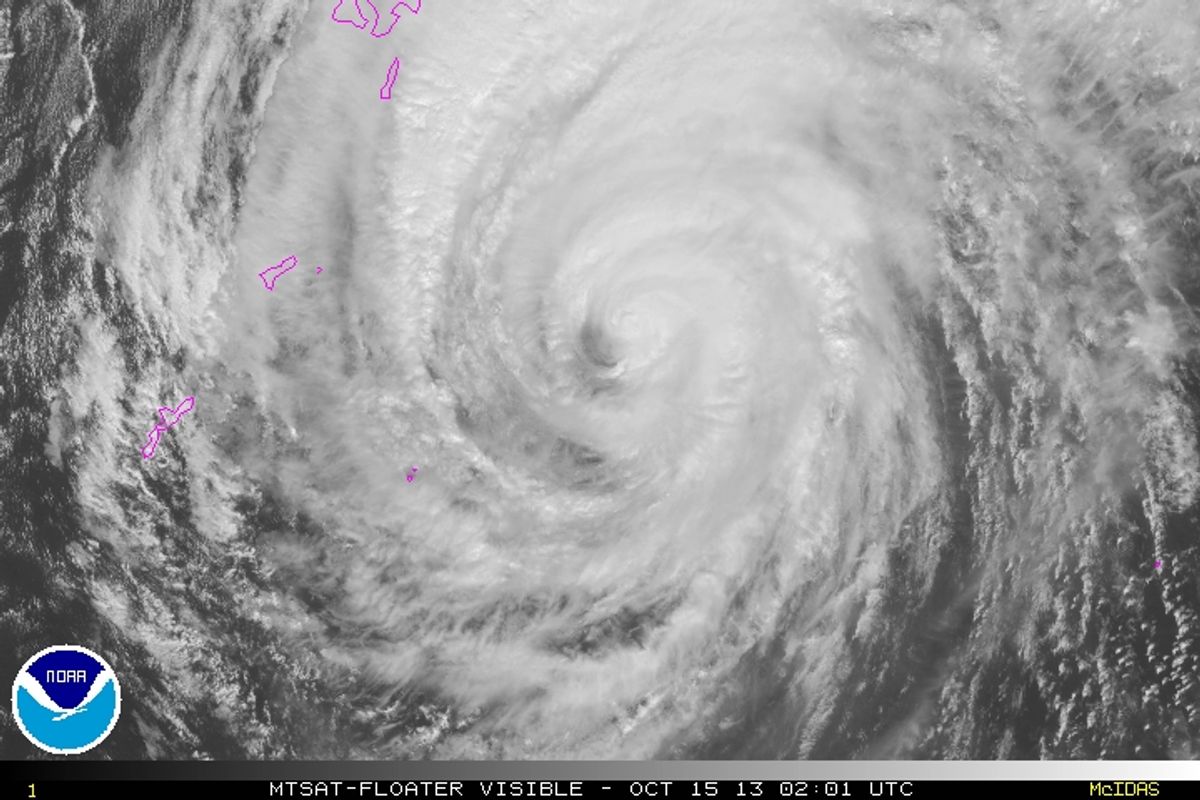 Heavy rain, flooding and gale warnings have been issued for Tokyo as Typhoon Wipha makes its way across the Pacific. But while the capital is preparing for the storm to make landfall Wednesday morning, the real concern is where it's headed next: 130 miles northeast, near the crippled Fukushima nuclear plant.

A major storm like Wipha's shaping up to be, warns Climate Central, "likely would complicate cleanup efforts, or possibly pose an even greater danger to the facility":

Ryan Maue, a meteorologist at WeatherBell Analytics, a private forecasting firm, told Climate Central that the storm poses a "huge flood potential" for the Fukushima area. "Deep convection on the westward flank of the storm . . . plus the topography of Japan means heavy rain for the coastline regardless of the Typhoon's track,” he said in an email message. "Wipha is extra-large size-wise," Maue said, predicting it will grow and strengthen as it makes its closest pass to Japan, aided by strong jet stream winds in the upper atmosphere.

Tepco, Fukushima's operator, is already struggling to deal with radioactive water that's seeping into the ground and leaking into the Pacific. The Japanese government recently pledged $470 million to build an underground ice wall to contain it. As the storm approaches, Tepco's taken the precaution of canceling all offshore work, Reuters reports, along with taking down its cranes securing all cables, hoses and machinery. If all somehow manages to go right, it will pump the expected deluge of rainwater into protective containers, checking it for radioactivity before releasing it into the sea.