"Reject This": The right responds to the proposed fiscal deal 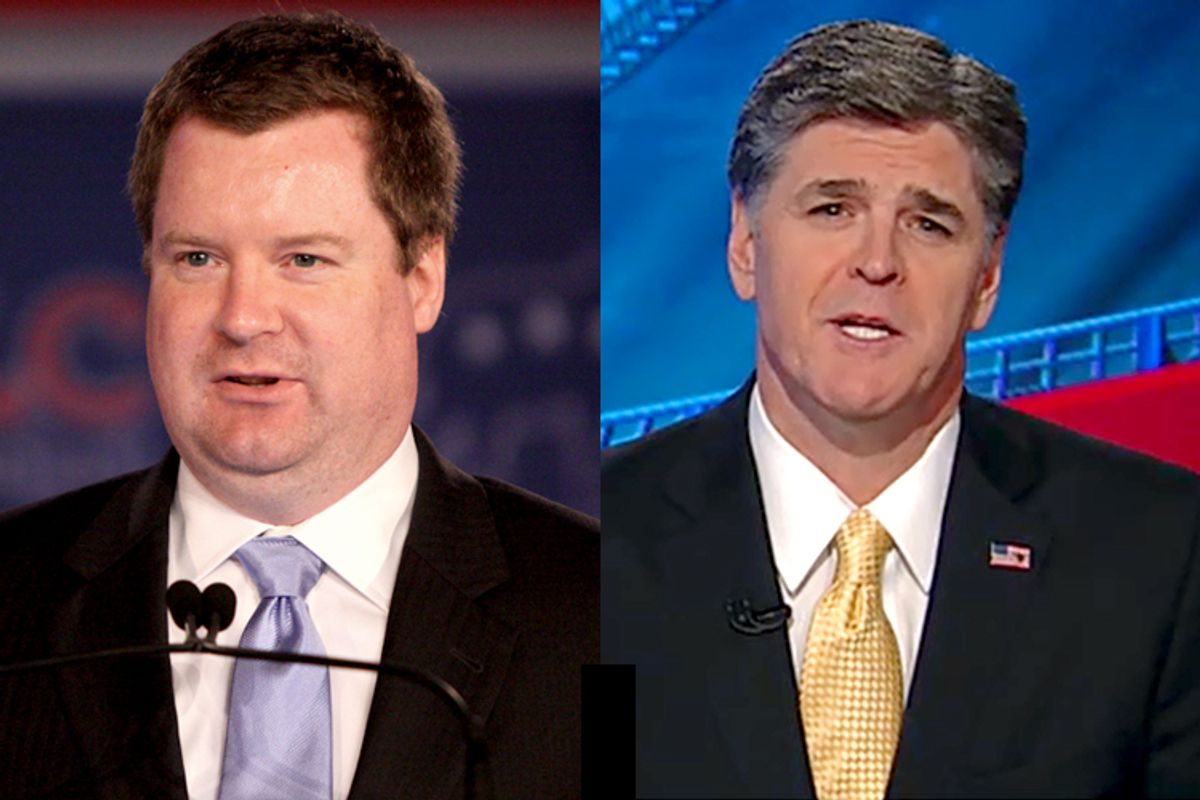 The specifics of a deal to reopen the government and lift the debt ceiling are unclear, but one thing is certain: If the final deal looks anything like what early reports suggest, far-right conservatives will be furious.

A "mushy piece of shit" is how one unnamed Republican congressman described the Senate deal to National Review's Robert Costa, who reported Tuesday morning on House conservatives' reaction to the proposal. "If Boehner backs this, as is," another warned, "he's in trouble." Congressional aides and strategists, meanwhile, were more loquacious but no less negative in their assessment of the deal: "What they’ll come up with in the Senate will not get the support of most House Republicans," one strategist told Costa. "And thus, after a lot of hand-wringing, it’ll be DOA."

Costa also reports one Senate aide saying any deal that doesn't defund Obamacare will be a tough sell to the congressional right, in large part because the grassroots are still demanding significant changes to the healthcare bill ultimately be included in any deal. "Keep in mind the activists are still calling offices pushing for the full defund of Obamacare," the aide told Costa. "The message has not been relayed to the grassroots that the defund option isn’t going to happen no matter how long we hold our breath or how much we wish it would happen."

A quick look at the right-wing media helps explain the grassroots' intransigence. In a blog post simply titled "Reject This," Erick Erickson, the influential pundit and editor of the popular right-wing blog RedState, writes, "Ted Cruz was right all along." He continues:

Americans need House Republicans to fight. Mitch McConnell has no appetite for it. Senate Republicans are openly hoping to blame a debt default on Ted Cruz. They want to blame him for everything. They hate being seen as the capitulators that they are.

Erickson goes on to urge House Republicans to pledge to vote agains the deal. He then issues an ominous warning to those Republicans who refuse, writing, "All these polls showing America hates the GOP are accurate. Even Republicans hate the GOP and the GOP might have to learn that the hard way in 2014 primaries."

Erickson's not alone in considering extraordinary measures. On his radio show on Monday, Sean Hannity, the popular radio and Fox News host, openly mused about splitting the GOP and forming "a new conservative party." In Hannity's telling, the problem is a GOP establishment" that "has been out there trashing principled conservatives." More from the Daily Caller:

What is different here is every time the establishment wins, they want the tea party conservatives to go along with them,” Hannity said. “Now when the tea party stands and fights for what they promised their voters, somehow they’re evil. Somehow what they did is wrong when — yet all I see is them standing on their principles.

“This is about different strategies,” Hannity said. “I don’t think this country is going to survive with half-measures. Either you believe that we need radical positive-oriented solutions for this country and you’re willing to fight for them, or you’re not. Is it a third party we need? I’ve often argued no. I’m not so sure anymore. It may be time for a new conservative party in America. I’m sick of these guys.”

Hannity's suggestion is radical, no doubt. But as Erickson and Costa can attest, Hannity, in his frustration, is far from alone.