Fry speaks with the founder of an ex-gay organization and one of his former patients, who is now "ex-ex-gay" 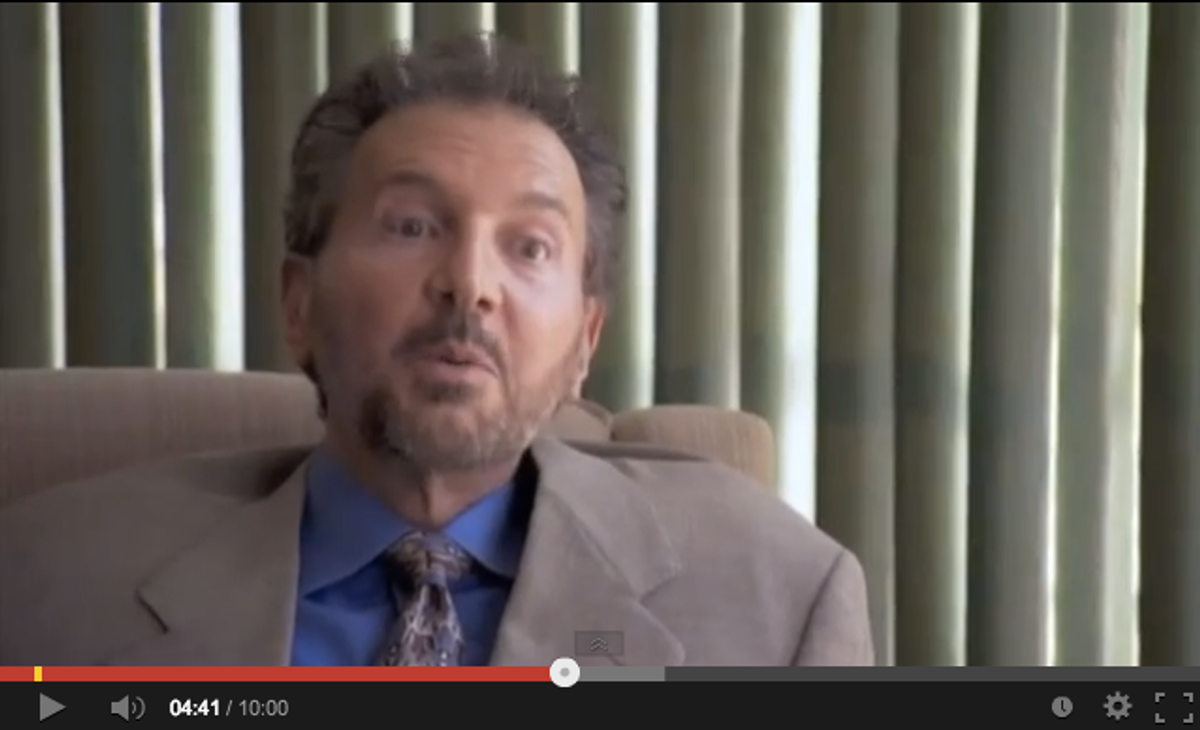 English actor, comedian and activist Stephen Fry interviewed the founder of ex-gay organization the National Association for Research and Therapy of Homosexuality (NARTH) for an episode of his BBC2 program "Out There," which explores, per the website, "what it means to be gay in different corners of the world."

Fry handles his subject with bemused though respectful patience (and, at times, humor), but his conversation with Joseph Nicolosi is pretty painful to watch.

Nicolosi describes being gay as based on "trauma" and as something that can be "resolved" through the therapy he offers -- for $140 a session. But perhaps the most devastating revelation in the segment is when Nicolosi tells Fry that more than 60 percent of his clients are teenagers. A growing number of states -- including California, where Nicolosi practices -- have banned "ex-gay" therapy for minors, citing its harmful impact and well-documented abuses among practitioners.

Fry also speaks with one of Nicolosi's former "patients," who, surprise, is still gay and now campaigns against the dangers of "ex-gay" therapy.