But the falling numbers are likely not enough of a scare to make Congress get it together. 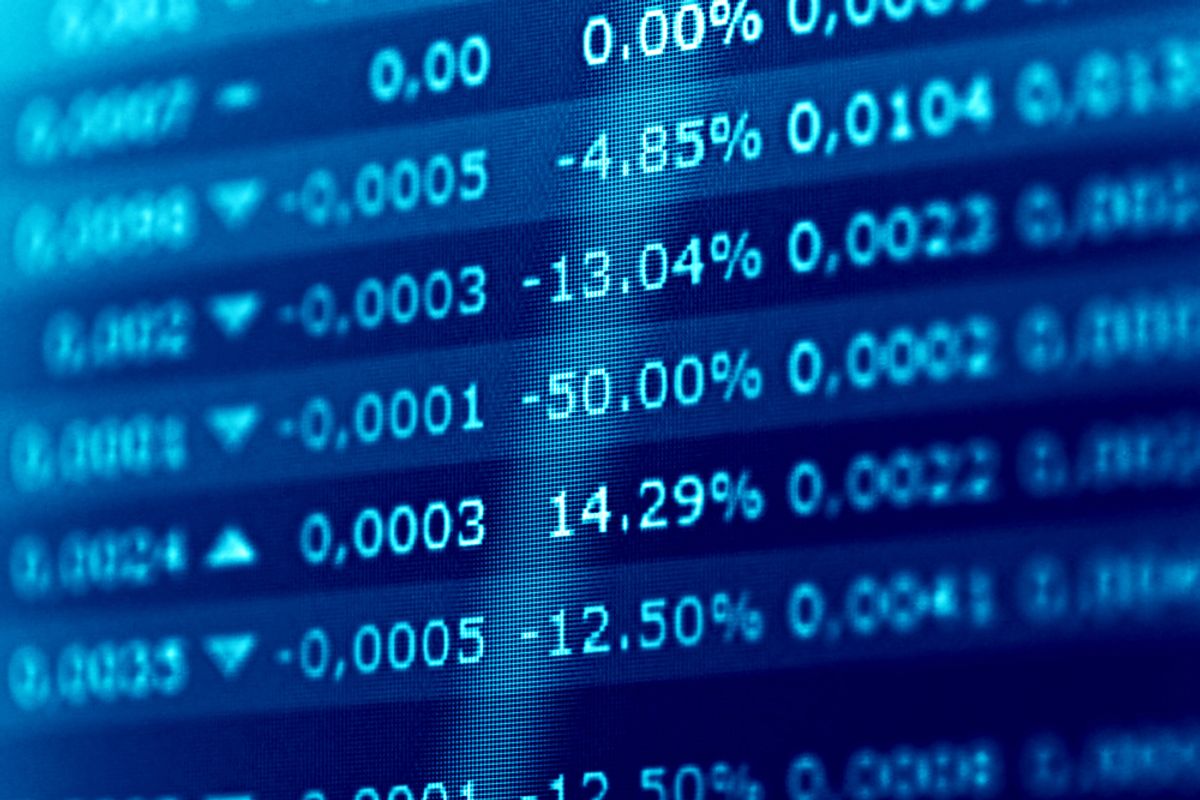 The S&P 500 fell 0.3 percent to 1,705.58 at 9:32 a.m. in New York. The gauge closed at the highest since Sept. 19 yesterday as Senate leaders expressed optimism that a deal can be made to end the partial government shutdown and prevent the U.S. from breaching the debt ceiling in two days.

“Sentiment is moderately positive, but we now wait to see how the House will take the proposed deal from the Senate,” said Manish Singh, who helps manage $2 billion as head of investments at Crossbridge Capital in London. “Investors are not exactly breaking into song right now, since negotiations could still break down last minute. Unless the deal is signed by the president, it’s not done.”

The S&P 500 advanced 3.3 percent in the previous four trading sessions, the biggest four-day rally since January. The index closed yesterday within 16 points of its Sept. 18 record of 1,725.52.

Senate leaders may reach an agreement as early as today to bring a halt to the fiscal standoff. The emerging deal would avoid a potential default, end the 15-day-old government shutdown and change the immediate deadlines in favor of three new ones over the next four months. It’s far from complete as the Senate may delay passing the plan and House Republicans may seek to block or change it.

“We’ve made tremendous progress,” Senate Majority Leader Harry Reid said yesterday on the Senate floor with his Republican counterpart, Mitch McConnell. Still, “we are not there yet,” Reid said.

Citigroup, Intel Corp., Johnson & Johnson, Yahoo! Inc. and Coca-Cola are among nine companies in the S&P 500 that are scheduled to report earnings today.

A report today showed manufacturing in the New York region grew at a slower pace than projected in October as sales and hiring cooled. The Federal Reserve Bank of New York’s general economic index fell to 1.5, a five-month low, from 6.3 in September. Positive readings signal expansion in New York, northern New Jersey and southern Connecticut. The median estimate in a Bloomberg survey of economists called for a reading of 7.

In Germany, investor confidence increased for a third month in October. The ZEW Center for European Economic Research in Mannheim said its index of investor and analyst expectations rose to 52.8 from 49.6 in September. That’s the highest since April 2010. Economists had predicted no change, according to the median of 40 estimates in a Bloomberg survey.

To contact the reporter on this story: Corinne Gretler in Zurich at cgretler1@bloomberg.net

To contact the editors responsible for this story: Andrew Rummer at arummer@bloomberg.net; Lynn Thomasson at lthomasson@bloomberg.net