A frat flyer featuring naked women contributes to rape culture and objectification, and students are fighting back 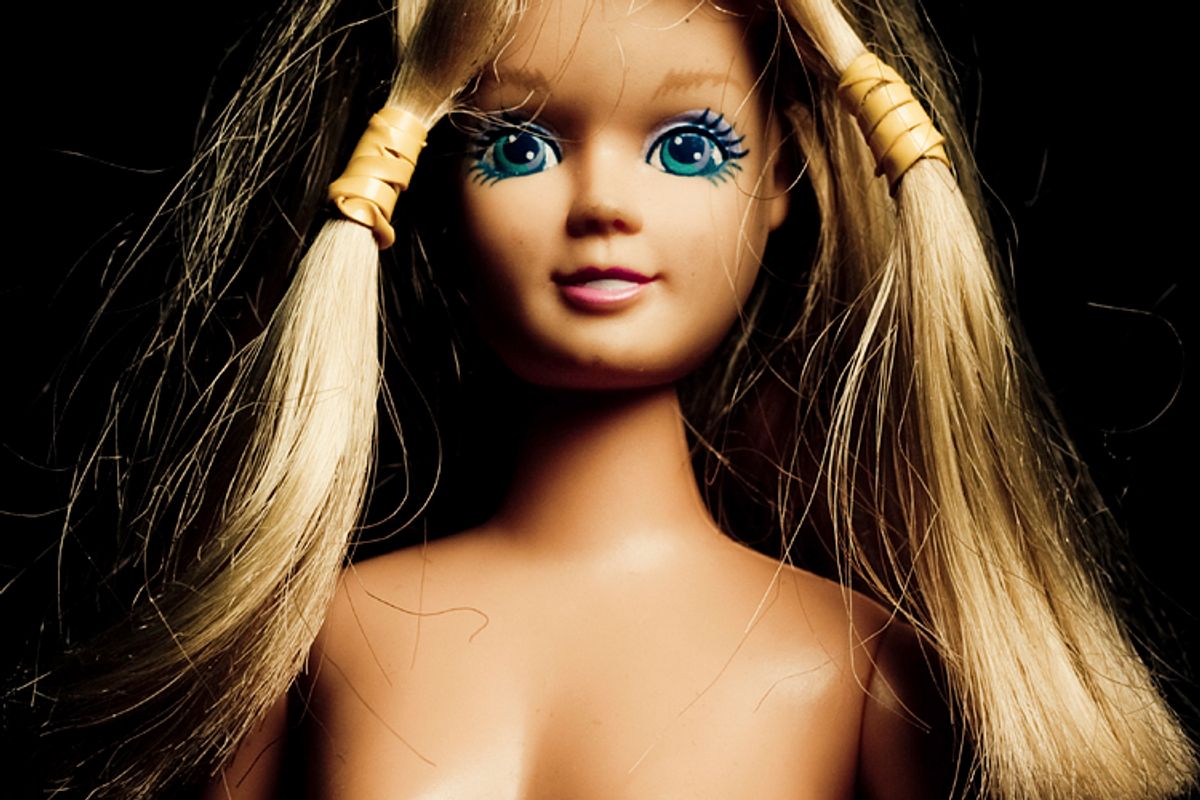 Last week at Swarthmore College a pledge posted a photograph on Instagram of his offer to join a fraternity. The picture was of a booklet cover featuring a mosaic of hundreds of naked or nearly naked women. The website Total Frat Move lamented that it wasn’t deliverd with a note saying, “Enjoy the tits.” The fraternity has used this format for several years -- but this year, a group of students led by senior Marian Firke protested the use of the photography. They created an alternative version of the composite image and asked the school to suspend the fraternity’s school-funded party budget.

Swarthmore’s dean of students agreed with protesters and took steps to address their concerns, including requiring members of the fraternity to attend yet-to-be-defined “special training sessions.” The speed with which the administration has responded may have something to do with the fact that the college is one of a growing list of schools, including Occidental, the University of North Carolina, Yale and Dartmouth, involved in very public complaints for their handling (or mishandling) of sexual assault cases. Emerson is the latest school to be investigated by the Department of Education for related Title IX violations. While the administration’s responsiveness is laudable, the truth is that given the scope of the problem at hand, entire swaths of our population need “special training sessions,” and before they even make it to college. What do we do about them?

Earlier this week young men at Georgia Tech received an email signed “In luring rapebait” that instructed them to, among other things, grab women “on the hips with your 2 hands and then let them grind against your dick.” In October of last year a woman filed a lawsuit against Wesleyan University citing a fraternity known on campus as the "rape factory." At Miami University of Ohio someone thought it was a good idea hang a poster titled "Top Ten Ways to Get Away with Rape,” which closed with, "If your [sic] afraid the girl might identify you slit her throat.” A University of Vermont fraternity surveyed members in 2011 with this question: “If you could rape someone, who would it be?” At USC, two years ago, some boys released a Gullet Report (named for a “gullet,” defined as “a target's mouth and throat. Most often pertains to a target's throat capacity and it's [sic] ability to gobble cock. If a target is known to have a good gullet, it can deep-throat dick extremely well. Good Gullet Girls (GGG) are always scooped up well before last call.”). For good measure they added some overtly racist material as well. Five years ago, Yale’s Zeta Psi fraternity took photos of members holding up signs reading, “We love Yale sluts.” Another fraternity had fun running around campus singing, “No means yes! Yes means anal!” Meanwhile, the school’s recommended punishment for sexual assault violations was a written reprimand. In 2012 Yale reached an agreement with the Department of Education, which launched a Title IX investigation in the wake of the song and similar incidents.

None of this is unique to the United States. In the United Kingdom, the first part of the academic year is called Freshers’ Week, and similar behavior by boys is written off as lad culture. In early September, at St Mary's University in Canada, more than 80 students sang this ditty during an orientation event: “Y is for 'Your sister', O is for 'Oh so tight', U is for 'Underage', N is for 'No consent', G is for 'Grab that ass.'” Wales’ Cardiff Metropolitan University hung a poster for orientation week events that featured a man wearing a T-shirt emblazoned with the text: "I was raping a woman last night and she cried.”

Young men are going to colleges and universities way too comfortable expressing themselves in exploitative, sexist ways that denigrate their female peers and are corrosive to the academic environment. In addition, the notion that rape is a serious crime for which they can be held responsible seems not to have entered their heads. Somehow we’ve gotten to the point where discussing a person’s “rape potential” is a thing.

No one at the Swarthmore fraternity advocated or suggested rape when they used photographs of naked women to extend invitations to pledges. However, sexist media and humor results in greater acceptance of rape myths, trivialization of rape, an increased inclination to blame victims and a lack of desire to either punish rapists or assign responsibility to them for their actions. This media, which hinges on the kind of sexual objectification the students at Swarthmore protested, permeates virtually every form of entertainment and storytelling that we, children included, consume.

Nude photos, tit-shares and rape games, especially in an educational environment, aren’t just denigrating to women or mindless fun for men. Images like these distributed on campus exist alongside the fact that 20-25% of women and 3% of men will be raped in college. And jokes about rape have real and negative effects on behavior.

Objectification is the opposite of empathy. While we talk about its effects on girls, the way it erodes their confidence, their self-awareness, their sense of security, we rarely actually discuss what the effects of sexually objectifying women are on boys and their psychological or sexual development. It’s not minor. It encourages them to think of girls and women as body parts for pleasure and use -- literally, as “things” that don’t have autonomy or self-determination and whose permission is irrelevant. Things that are fungible and are violable. Things that should be silent.

Objectifying girls and women is tightly bound up with suppressing women’s speech. Consider these comments about Firke on the website Total Frat Move in response to the protest: after some throwaway “feminist cunt” ramblings, commenters described her as a “Stupid girl who stick[s] [her] opinions where they do not belong.” Mild enough. But, one commenter went on to say that “somebody needs to send their pledges over to fuck the bitch out of” her. Another, that she “deserved to be face raped so hard that she will be incapable of spewing any more of this bullshit.” The interweaving of violence, objectification and desire for her to shut up are inseparable.

But student activists aren't shutting up. They have coalesced into a national movement and are taking matters into their own hands. Yesterday FORCE: Upsetting Rape Culture, whose successful faux Victoria's Secret Consent campaign launched a series of an anti-rape activism pranks, named student recipients of its Consent Revolution Awards at four schools for their efforts to educate their peers. Recently, to great effect, the group created a fake consent-themed Playboy 2013 Top Ten Party Commandments that captured national attention. While these projects may seem trivial or funny, they are, in actuality, deadly serious. So are the efforts of Know Your IX, a student-led coalition created to educate students about their rights on campus, launched earlier this year.

Swarthmore’s holding the fraternity to a new standard of behavior makes some people uncomfortable. But it's an important stepping stone in dismantling a larger culture that tolerates discrimination, depends on misinformation, supports patriarchal norms, and enables predatory rapists to function freely.

“Swarthmore has been a place where this would not have been taken seriously in the past,” explains Firke. “I would have had to make an argument as to why this was hostile and misogynistic.”

The fact that the college is taking her protest seriously is a step in the right direction. But colleges -- and parents -- have a lot farther to go.