Bittman: Until Feds get their act together, be wary of chicken

Even beyond the shutdown, the food columnist writes, the USDA isn't looking out for consumers 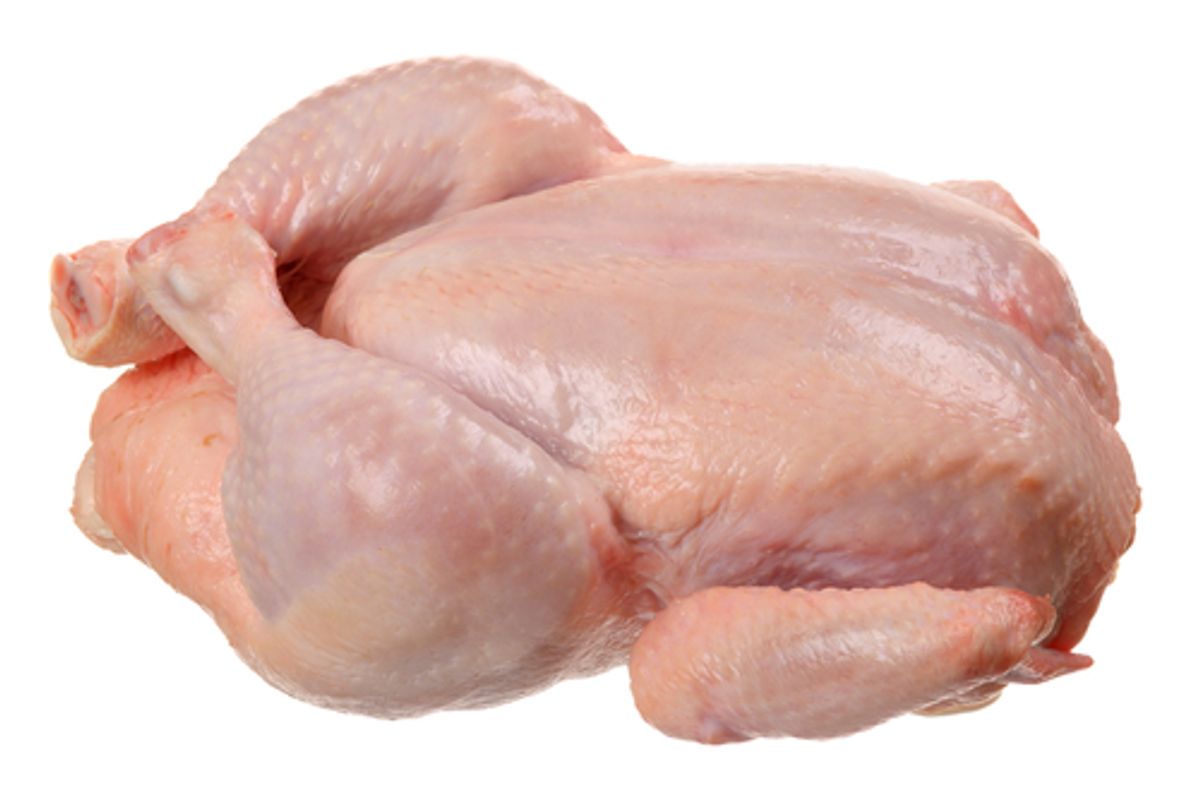 With the poultry plant behind a major salmonella outbreak that's sickened 300 across 18 states still open for business, and the federal agencies in charge of monitoring such outbreaks stuck home, there's never been a better time than now to second-guess poultry. New York Times food writer Mark Bittman weighs in on what this means for your chicken -- it's an issue, he writes, that goes beyond the government's current impotence:

Until the Food Safety and Inspection Service (F.S.I.S.) of the Department of Agriculture (U.S.D.A.) can get its act together and start assuring us that chicken is safe, I’d be wary.

This is not a shutdown issue, but a “We care more about industry than we do about consumers” issue. Think that’s an exaggeration? Read this mission statement: “The Food Safety and Inspection Service is the public health agency in the U.S. Department of Agriculture responsible for ensuring that the nation’s commercial supply of meat, poultry, and egg products is safe, wholesome, and correctly labeled and packaged.” What part of “safe” am I misreading?

The entire meat safety system, Bittman writes, is in need of reform. His argument, which he helpfully sums up:

1. There’s salmonella on chicken (some of which, by the way, is labeled “organic”). 2. It’s making many people sick, and some antibiotics aren’t working. 3. Production continues in the plants linked to the outbreak. 4. Despite warnings by many federal agencies (including itself!), the U.S.D.A. has done nothing to get these chickens out of the marketplace. 5. Even Costco can’t seem to make these chickens safe to eat.

It's no longer being paranoid, according to Bittman, to doubt on everything we think we know about handling chicken -- from how to wash it to how hot a temperature it needs to be cooked at to eliminate salmonella. "We should not have to handle chicken as if it were a loaded gun," he writes. But in the meantime, people might want to consider a different source of protein.