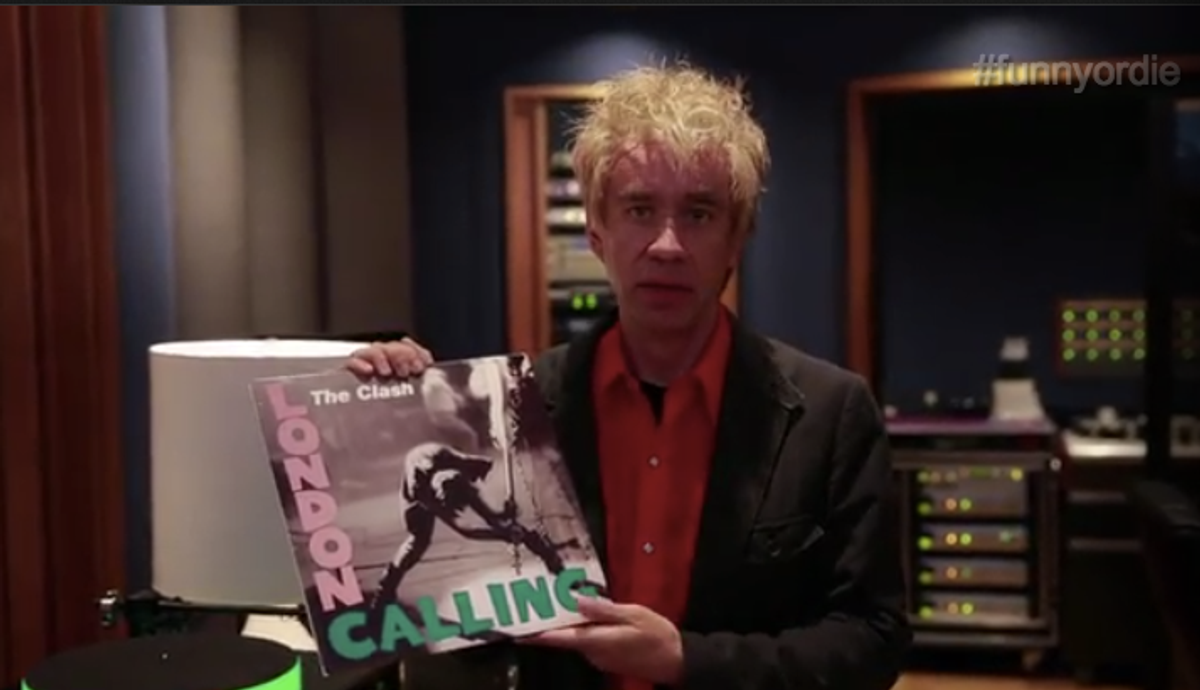 Though he exited "Saturday Night Live" last season, comedian Fred Armisen has brought back his beloved punk rock character Ian Rubbish for an opportunity of a lifetime: a chance to interview and perform with Mick Jones and Paul Simonon, members of iconic punk rock band The Clash. In a film mockumentary by Funny or Die, "The Clash: The Last Gang in Town," Rubbish attempts to draw on the similarities between his band, Ian Rubbish & The Bizzaros, and his idols.

"The Clash, you know, they write a lot about politics, and we try to do the same," says Rubbish. "What we did with The Clash is, when they did something political, we would say something like, 'We agree with the Clash,' or, 'What they said.'"

The song is "about the police," says Rubbish. "And my boot goes in your face."

The Clash: The Last Gang in Town from Fred Armisen