An early blizzard killed tens of thousands of cattle 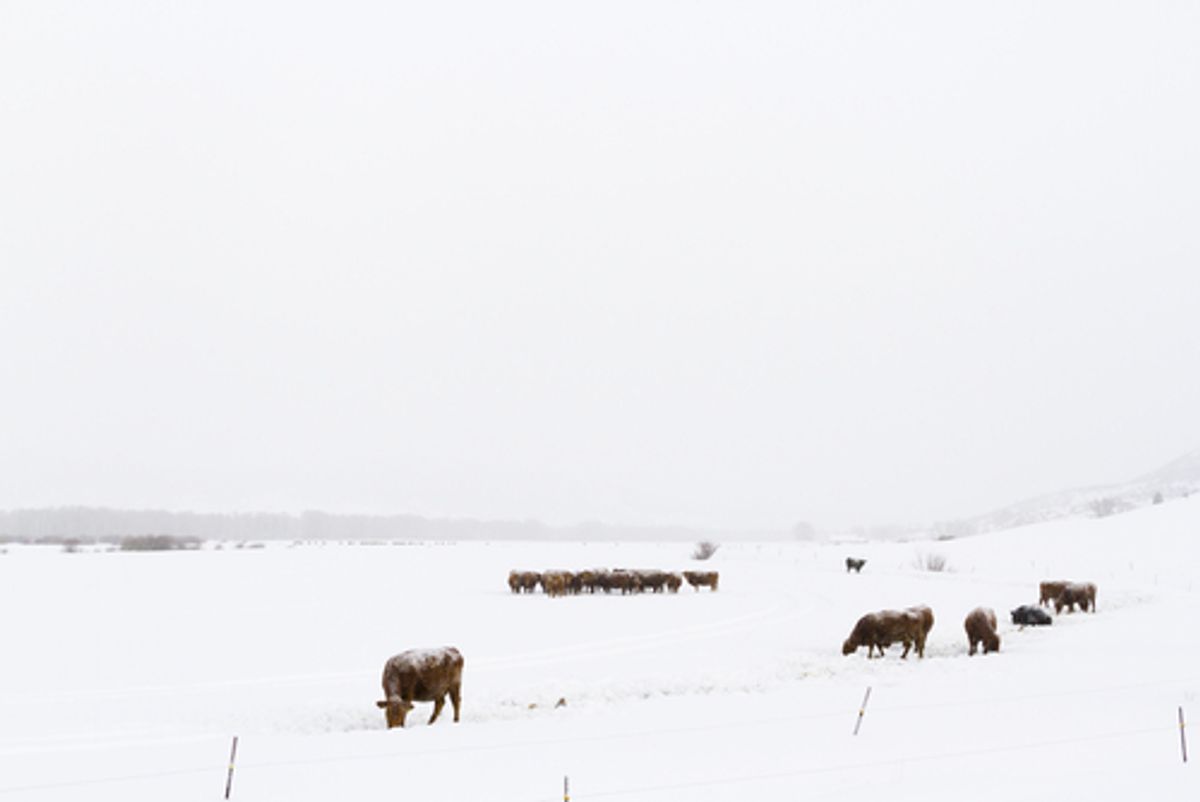 The extremely harsh and early storm that hit South Dakota at the beginning of October dropped up to four feet of snow on the state's cattle herds, killing tens of thousands of cows who had yet to grow their winter coats and devastating the ranchers who depend on them for their livelihood.

State Senator Al Davis of Nebraska, which was also hit by the storm, puts the number of cattle lost closer to 100,000. What's more, he added in a statement,  “Some cows managed to survive the storm by eating pine needles because grass was covered. This will cause them to abort the calves they are carrying in the next few weeks.”

What the state needs most right now, according to a group organizing donations, is pregnant cows and heifers of breeding age. The group, Citizens for Balanced Use, plans to ship 10,000 head by December; so far, 20 cattlemen in Montana have pledged to help out:

The planned donations of breeding stock would shorten the time that hard-hit South Dakota cattle producers are without calves. Cows in colder climates are generally bred once a year and their calving is timed for early spring to coincide with moderating weather and available natural forage.

Alysa Robbins, outreach manager for the South Dakota Cattlemen's Association, applauded the Montana cattle drive but said some decimated operations may not be ready to receive animals until spring.

"Producers are in shock. They're still trying to find and take care of animals that survived the ordeal. It's hard to plan too far ahead when people are trying to get by hour by hour," Robbins said.

In one county, 20-foot-deep disposal pits have been opened as a way of dealing with the massive amount of carcasses. Losses, Reuters estimates, could end up being in the tens of millions of dollars.