Horses "are not meant to be in traffic jams," said mayoral candidate Bill de Blasio 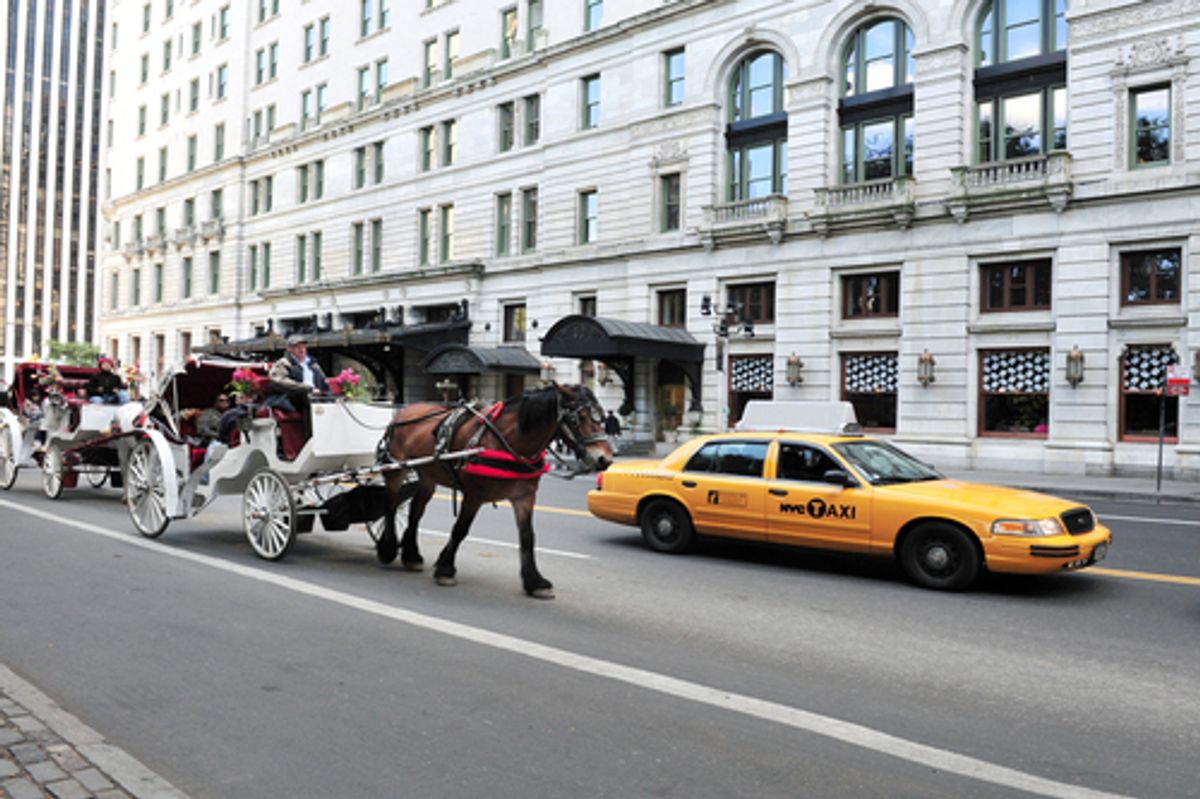 The sight of New York's iconic horse-drawn carriages poking their way through Midtown traffic could soon become one of a past era. The New York of the future, according to animal rights groups, would feature tours of Central Park via electric buggy -- and according to Reuters, both mayoral candidates support their vision.

Activists have long opposed hansom cabs, which they call "inhumane, unsafe and anachronistic." At a press event with NYClass, an animal rights group, Democratic candidate Bill de Blasio said: "We are in the biggest, densest urban area in North America. It is not a place for horses. They are not meant to be in traffic jams."

The carriages' fans, on the other hand, bemoan the loss of a "very New York" tradition. And the cab's drivers, naturally, oppose a ban:

Christina Hansen, a carriage driver from Kentucky who has become the face of the industry in New York, says de Blasio and his Republican opponent Joe Lhota have it all wrong.

"We bred horses to be powerful, willing partners in our civilization," said Hansen, who wore a long coat and feathered felt hat. "They project their own human emotions onto horses."

City horses are treated fairly well, according to Reuters. They're unable, by city law, to work more than nine hours per day, and get three weeks annual vacation time to spend on a farm.

Still, three horses have died in traffic accidents over the past 30 years. In just the past two years, 19 accidents have resulted in injury. Last month, a driver lost control of his horse, flipping the carriage in the middle of a busy street near Columbus Circle. The horse was ultimately unharmed.

The alternative that NYClass suggests for touring Central Park -- electric buggies -- could become the symbol of a more humane, and sustainable city. But it wouldn't necessarily have the iconic status of the horse-drawn buggies. And, as Hansen put it, "Nobody wants to pet a fender."