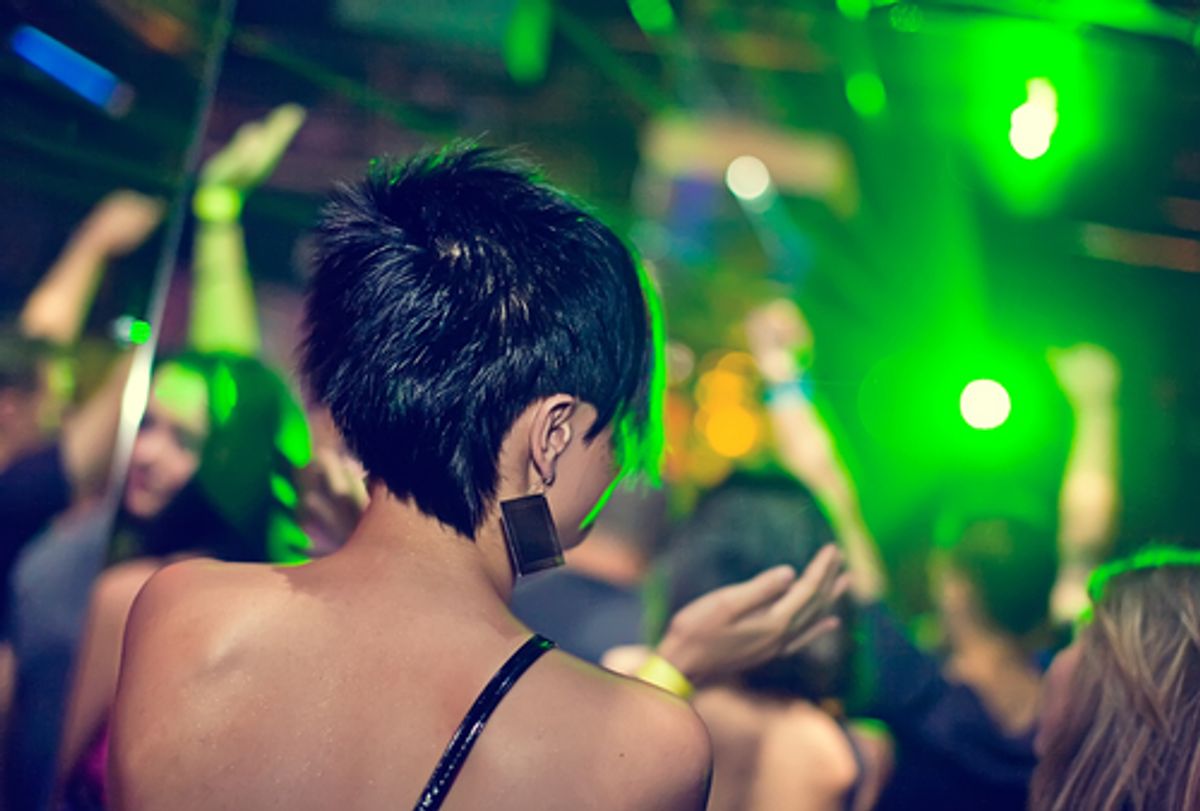 Ever wonder why there is loud music playing in so many bars, even though it makes it almost impossible to have a conversation? Newly published research suggests one good reason: It inspires faster drinking, at least among young women.

That’s the key finding of a study from the University of Portsmouth, which found this dynamic was consistent whether the music playing was fast or slow. It is published in the October issue of the journal Experimental and Clinical Psychopharmacology.

Psychologists Lorenzo Stafford and Hannah Dodd report that, in their experiment, “music caused a mismatch between the objective breath alcohol levels and the perceived alcohol strength.” In other words, it appears to disrupt drinkers’ realization of their own level of intoxication.

Their small-scale study featured 45 female university students between the ages of 18 and 28. All were regular consumers of vodka-based drinks. They individually were summoned to a psychology department test lab, where they “were presented with a glass containing 275 ml of freshly opened WKD.” (WKD is a flavored vodka-based drink popular in the U.K.; it contains four percent alcohol by volume.)

After taking two initial sips and evaluating the beverage, the women were instructed to consume all of the drink while watching a DVD of The Blue Planet, a documentary about the history of the oceans. Some watched the visually stunning film in silence; others did so while listening to a piece of contemporary dance music, "Stress" by the band Justice.

“The music was modified using the software BestPractice to produce slow-tempo (85 beats per minute) and fast-tempo (142bpm) versions,” the researchers write. This meant the women were in one of three categories: no music, slow music, or fast music.

Using a stopwatch, research assistants noted precisely how long it took each of them to finish their drink. Once their glass was empty, they were asked to evaluate the drink and describe their mood.

The researchers found some notable differences between the participants who did and did not listen to a soundtrack. The most obvious: The women finished their drink faster when music—fast or slow—was playing.

Those who weren’t listening to music reacted to the alcohol in fairly predictable ways. Their negative mood declined as their breath alcohol levels rose, meaning the beverage was relaxing them or raising their spirits.

However, this equation was not found among participants who were listening to music. The researchers suspect that the music used in the experiment (which, they noted, was "typical of current club music") acted to "curb some of the sedative effects of alcohol.”

In other words, you’re less likely to feel that desired mellowness if music is blasting around you.

Moreover, “the ability of music to reduce these (relaxation) effects may have led to a false appreciation of alcohol strength being lower than it actually was,” they write, “and thereby induce faster consumption.”

This was a small study, of course, and limited to one gender (although, the researchers note, there is no reason to think the effects they found would be any different for men). But it suggests that the atmosphere in which many people socialize may provide a catalyst for excessive drinking.

So if you’re in a club and not feeling the buzz, don’t order another drink; instead, step outside. You might be surprised by how inebriated you already are.