And that's OK -- this Sunday, it's time to revel in the nihilism 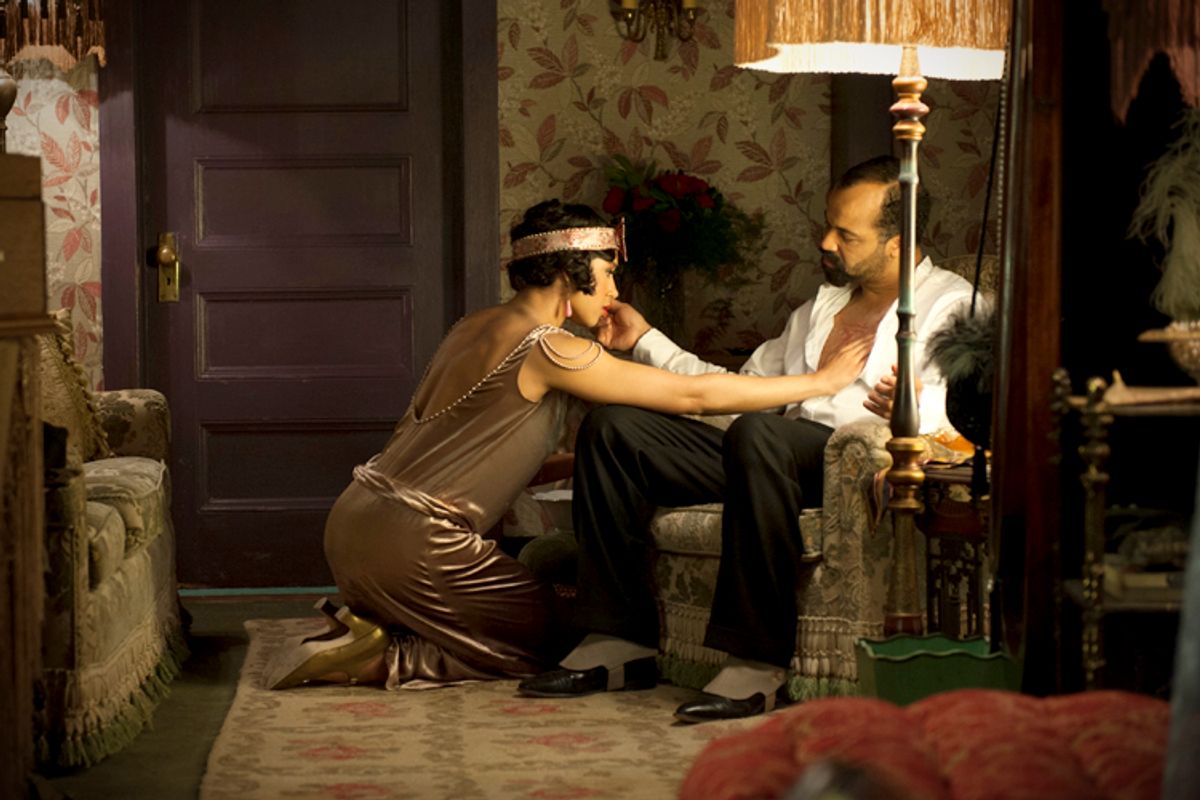 My heart goes out to anyone attempting to jump into "Boardwalk Empire" midway through this tumultuous fourth season. I wouldn't recommend it -- the events now transpiring have a long and complicated wind-up. But I understand the impulse. Last week's episode was a full-tilt adrenaline rush complete with alligator wrestling, an even rougher sex romp in the Tampa heat, and the inevitable seduction of Chalky White by the gorgeous siren Daughter Maitland. A quiet moment -- the long-awaited reintroduction of Nucky Thompson's estranged wife Margaret -- was all the more painful for its stillness and opacity.

This weekend's episode (spoilers follow!) is much more of a slow boiler, if no less difficult to parse. If "Boardwalk Empire" is a show about hustlers big and small -- which I maintain it is -- "William Wilson" sees sharks of all sizes maneuvering at the depths. Their goals are often murky even to those of us who watch the show faithfully. Perversely, all this sidewinding is announced by a violent, momentarily stunning opening scene courtesy of one pissed off Al Capone.

More of a thug than a hustler, Capone is one of the few characters on "Boardwalk Empire" who operates almost wholly without guile. Typically his motivation is conquest -- transparent and unquestionable. He demands respect without necessarily understanding how that concept really works in his world. Currently, though, he is simply in drive, moved to revenge thanks to the untimely killing of his jovial older brother. Never mind how slick or aware Capone is or isn't, the constellations seem to be rearranging to place him in a position of power that could not possibly be good news for anyone.

The easiest place to get lost in "Boardwalk" is where the more established gangsters grasp for territory and nickel-and-dime each other. The way Dean O'Banion and Johnny Torrio haggle over terms, it's as if they don't even want to be there. But keep your eye on the ball. What matters is how the bigwigs' decisions affect the little up-and-comers. Last week, Charlie, the unluckiest of Lucianos, almost wet himself when he realized he was going to have to answer to his boss about his dealings in Florida. (By the way, is it odd that Lucky's falling out with his diminutive partner in crime Meyer nearly broke my heart?) He cuts and runs only to end up in a more precarious position.

Dr. Valentin Narcisse is the closest thing a show about dirtbags can have to a villain. This week, his treachery and hypocrisy ascend to such a height that I half expected to seem him twisting his mustache while petting a kitty. Would I like to see "Boardwalk" dial down this Dr. Evil? Certainly. But then I think back to Bobby Cannavale chewing up the scenery in a similar role last season and realize the show does tend to have one or two extremes. Also, Narcisse's whole save-the-community-while-peddling-poison schtick is fun to follow if for no other reason than its sheer audacity.

The episode reveals a few more unlikely hustlers. Perhaps we cheered too soon last week when Margaret icily informed Nucky that she would have no more of his criminal lifestyle. After all, in seasons past she was a willing co-conspirator even after their romance flailed. Used to the finer things, how is she supposed to get by with a piddling desk job? Margaret's unexpected run-in with possibly the slyest player on the board is both hilarious and ominous. Wait for it. Also, pay close attention to the young J. Edgar Hoover's meeting with that two-bit, narcissistic gangster-turned-rat Remus. It foreshadows Hoover's own trespass into grey -- and darker -- areas later in the episode.

So, "Who's left?" you ask. Is there anyone who isn't a bit crooked? Nucky's curly-haired nephew is maybe the closest thing to a wide-eyed innocent the show possesses -- and he already murdered a guy this season. So, yeah, the taint is spread pretty evenly. Why not revel in the nihilism? It is one of the joys of watching this show, along with seeing who goes down fastest or hardest and who manages to float just above the surface.

Still, if you insist on seeking a ray of light, you can look to disfigured war veteran Richard Harrow. It's totally possible that he will make that smooth transition from hired killer and mass murderer to husband and family man. Or, I dare you to put your money on Ron Livingston's long-suffering, unknowable grocery store executive. If you believe he's nursing heroin-addicted Gillian Darmondy back to health for pure love and has no hidden designs on Atlantic City turf, I most definitely have some swampland in Tampa I want to sell you.