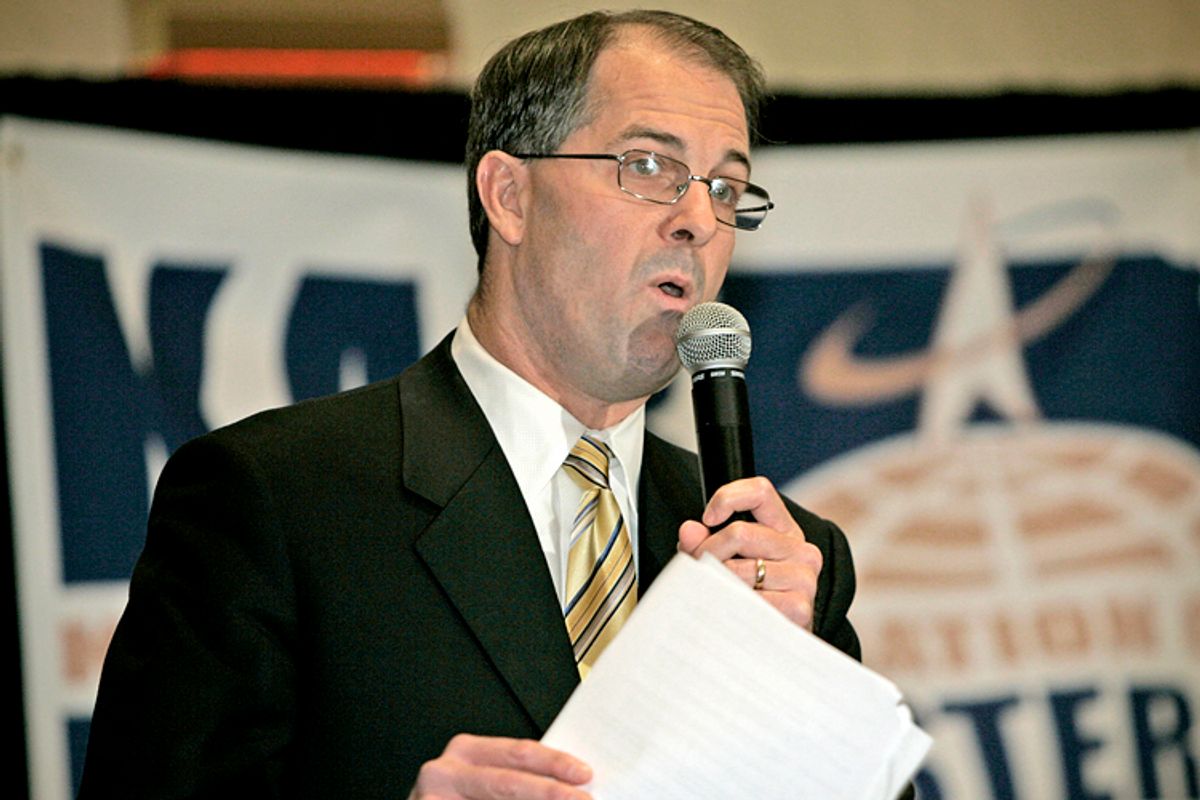 The Kansas Supreme Court on Friday suspended the law license of former state Attorney General Phill Kline for misconduct in connection with his prosecution of abortion providers, including the late George Tiller. The court unanimously found that Kline's "overzealous advocacy" and "improper motives" led to "significant and numerous" violations of professional conduct, which the court deemed "particularly troubling in light of his service as the chief prosecuting attorney for this state and its most populous county."

Kline, whom Operation Rescue named "Man of the Year" in 2006, prosecuted cases involving Planned Parenthood and Tiller, who was one of the country's few remaining late-term abortion providers before he was murdered by an antiabortion activist in 2009.

Shortly after being elected in 2002, Kline began an investigation into Tiller's clinic, eventually obtaining patients' personal medical records. Many of these documents were later leaked to Fox News' Bill O'Reilly, though Kline denied he was the source of the leak.

The case against Tiller was eventually thrown out by the Kansas Supreme Court.

According to the 154-page report, the court found that Kline had "repeatedly violated many of the Kansas Rules of Professional Conduct, including ... the rules that prohibit engaging in false or dishonest conduct." The seven-member court recommended Kline's license be suspended indefinitely, though he will be able to seek the reinstatement of his license in three years.

In a stinging rebuke of Kline's conduct, the court concluded, "Ultimately, we unanimously conclude the weight of the aggravating factors — i.e., Kline's inability or refusal to acknowledge the line between overzealous advocacy and operating within the bounds of the law and his professional obligations; his selfish motives; and his lengthy and substantial pattern of misconduct — weigh more heavily than the mitigating factors and merit his indefinite suspension."