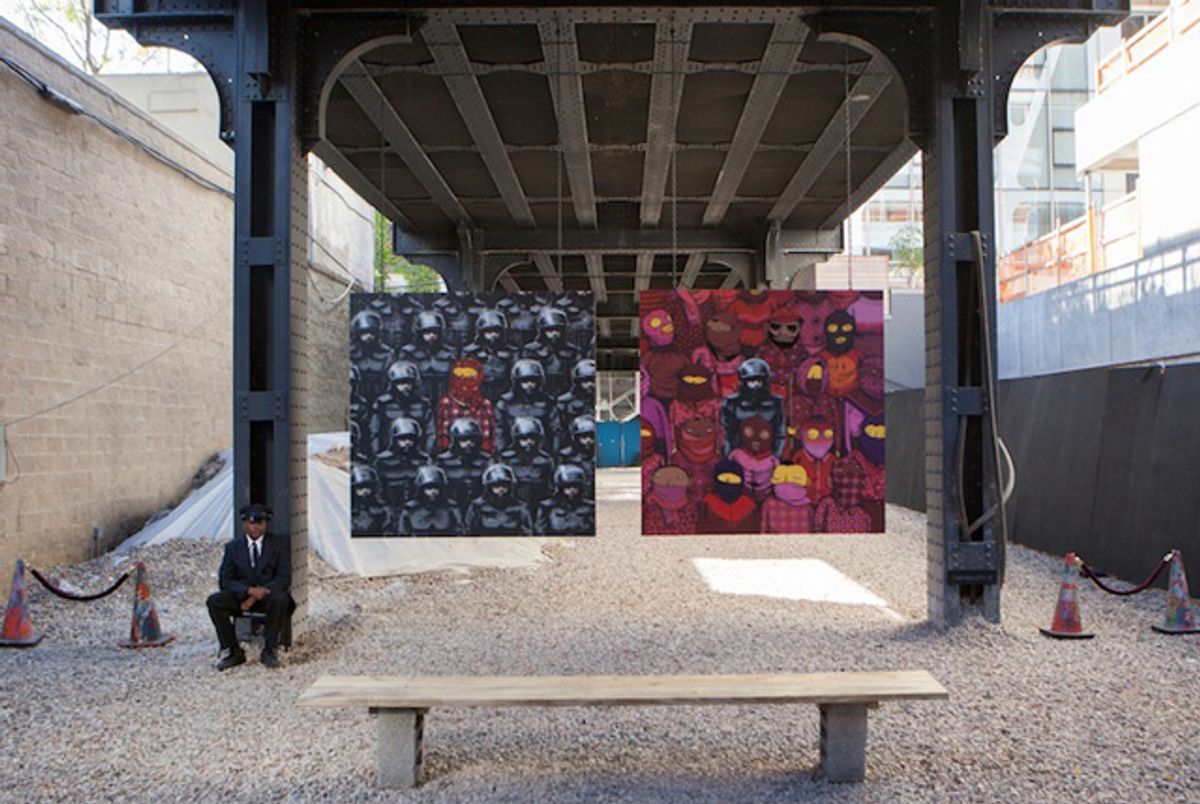 The new Banksy piece is on West 24th Street, no Easter egg hunt involved, and it’s a previously known work that he created with the Brazillian twins Os Gemeos. The work opens today and continues every day (11am to 12am) until Sunday. This is one of the most tourist-friendly locations for the British street artist.

The work, inspired by the Occupy movement, already appeared on the cover of the Village Voice to accompany an “exclusive” interview with Banksy last week.

The audio guide on the official Banksy website pokes fun at the idea that all Banksy’s ideas are formulaic and recycled and contains numerous inside art jokes, including this description of the work:

Paintings so painterly that you can actually see them with your eyes.

According to the recording, the installation includes a watercooler of cheap wine and a bench for contemplation. Then this nugget:

Also, we spoke to the people at SixCentz about the vandalism of the Tribeca Banksy yesterday (which has since been cleaned up), particularly the thinking behind the act, and we received this statement from Andre at the website, who stressed that he was not responsible for the act (“Like I said, I didnt do it, but I do have an obligation to post what people send me. Im a believer of 5Ptz.”

I promised I wouldn’t say who actually did it, however they did say that they will take down every mural that Banksy put up as a protest for the destruction of 5Pointz. The media glorifies a graffiti vandal who’s due to make millions off his US trip yet they tend to forget about the struggles 5Pointz is facing. This protest will keep 5POINTZ in the eyes of the media.

We posted a video of the vandalism yesterday. Related, there may be some hope for 5Pointz.