The charity stunt, which raised $17K for a local homeless organization, has upset many grieving families 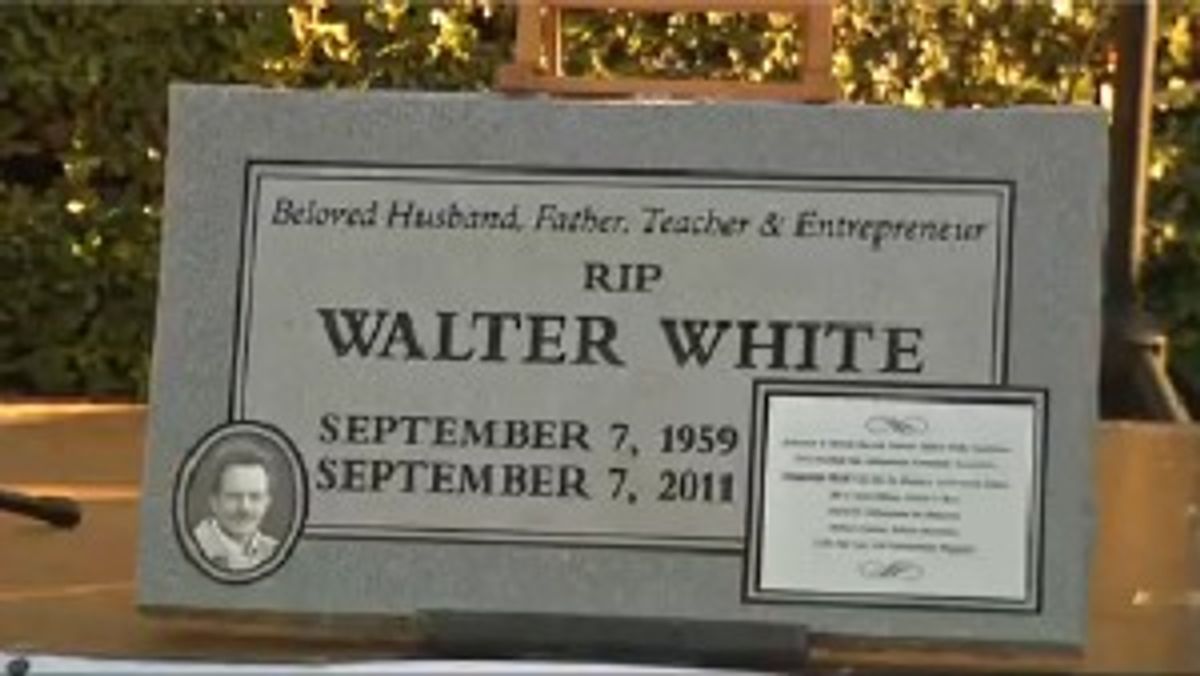 This weekend in Albuquerque, N.M., fans held a funeral to say goodbye to "Breaking Bad" anti-hero Walter White and raise $17,000 for a local charity that provides health care and support services to the city's homeless population.

The only problem with the stunt was that organizers hosted the fake funeral in a real cemetery, leaving many local families angry that their place of mourning was turned into a tourist attraction.

Participants paid to throw dirt on the character's empty coffin, which was placed in a real gravesite and featured a real headstone.

“My son is buried about 15 yards from where the makeshift gravesite is,” Manuel Montano told a local news station.

Montanto and others have requested that the headstone be removed to prevent tourists from pilgrimaging to the cemetery.

“This is a place of mourning,” Montano said. “It’s not a spectacle.”