Cop fired after attempting to arrest woman who rebuffed his advances 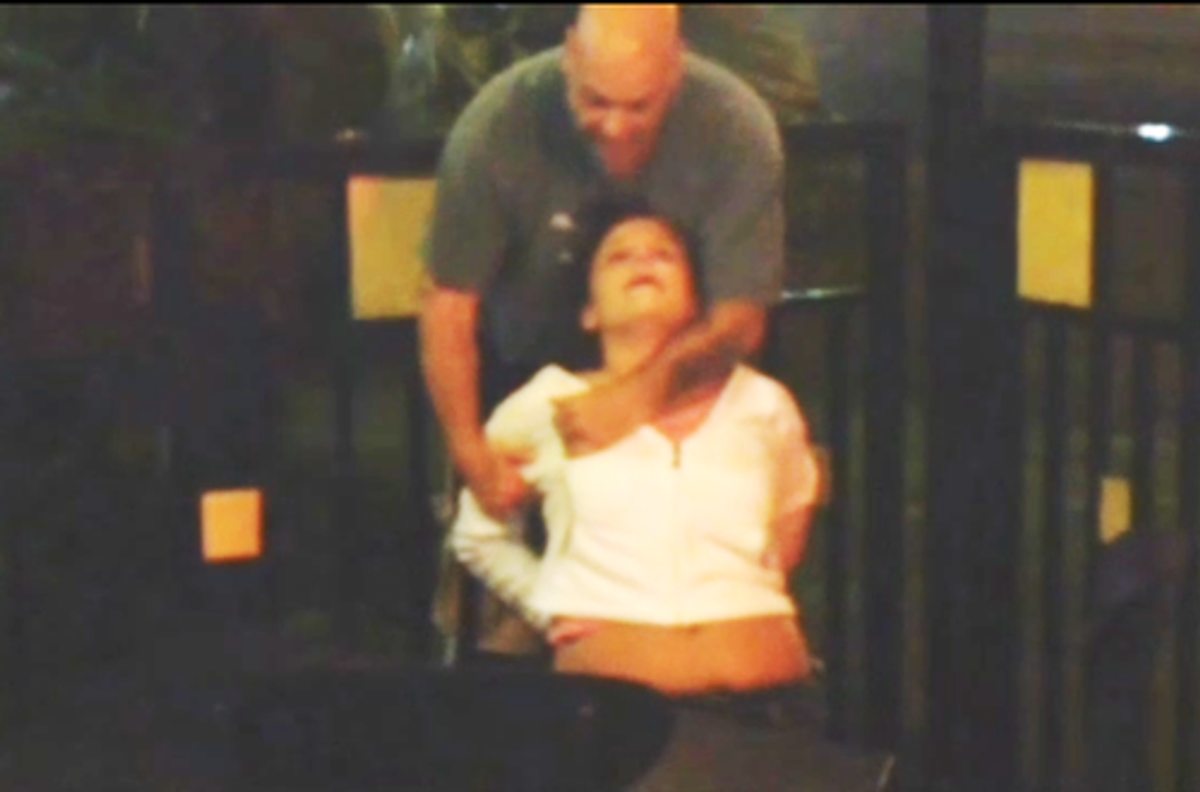 A police deputy in South Carolina has been fired for an incident earlier this month when, off duty and allegedly drunk, he handcuffed and attempted to brutally arrest a young woman who had reportedly rebuffed his advances in a bar.

According to reports (verified through video footage captured at the scene), Richland County deputy Allen Derrick  approached 23-year-old Brittany Ball, a soldier based a Fort Jackson. When Ball ignored Derrick, he went out to his truck get his handcuffs, gun and badge and return to the bar, where he handcuffed the woman. The People's Record reported:

Derrick, a 17 year veteran, left the restaurant to go retrieve handcuffs and his gun from his vehicle, then returning to try and arrest Ball.  He was recorded screaming at her and barking orders as he twisted her arms behind her back.

The report states that Derrick handcuffed her, pulled her to her feet, and slammed her head into a metal table.

More cops arrived at the scene and -- speaking to witnesses and viewing video evidence -- ordered Derrick release Ball and took him into custody for assault. 'There's absolutely no excuse for his behavior and what he did that night," the county sheriff who fired the aggressive deputy told local media.

The report below from local station WISTV includes footage of the disturbing incident captured by an onlooker's phone: