Emmanuelle LaSalle on Finding Inspiration in her mother, and model, China Machado

The daughter of model China Machado shares how her mom taught her to dance through the door of opportunity. 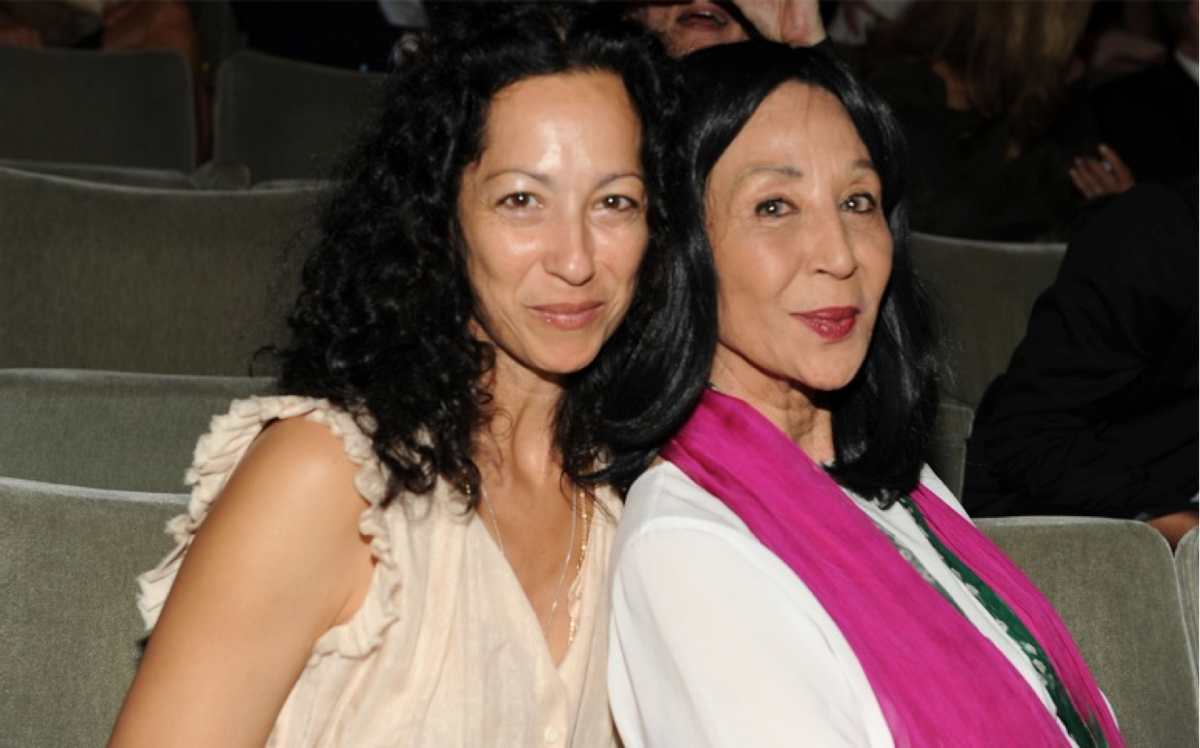 This is the first installment in the new "Inspiration Foundations" series, featuring contemporary visionaries who've found inspiration in cultural icons who were Born in 1928. The series is brought to you by Cole Haan. For more stories, click here.

She broke boundaries as the first non-Caucasian model to grace the pages of high-profile fashion magazines and continues to do so as one of the longest still-working models in the industry, which might not be surprising for an individual once deemed “probably the most beautiful woman in the world” by photographer Richard Avedon.

A legend in her own time, China Machado embodies the concept of inspiration, from her career to her family, and perhaps most so for her daughter Emmanuelle LaSalle. Like her multitalented mom, who after modeling had turns as an editor at Harper's Bazaar, a TV producer, a designer, and a gallery owner, LaSalle is a versatile restaurateur, photo shoot producer, and lifelong New Yorker.

How has your mother, China Machado, influenced your career?
My mom has always told me, “If the door opens for you, you have to dance through it.” She is someone who has never been career-driven. She’s someone who’s intelligent and has had an instinct for choosing the right projects. She’s also had a little bit of luck of being in the right place at the right time. For me what dancing through the door of opportunity means is you don’t have to attack an opportunity aggressively, you have to take it and have passion about it. You have to be enthusiastic about it, you have to do it with your whole body, you have to enjoy doing it, the body plus the joy is the dance part of it. You have to go after opportunities for the right reasons and approach them with happiness and a whole heart. In my own career, this has always been my approach. Things have just sort of happened as they have.

I grew up in New York on 64th Street and Central Park West, which is quite a posh address now, but wasn’t at the time. Back then the West Side was just starting to be developed, Columbus Avenue was sketchy, it had burned-out buildings still, I wasn’t allowed to walk on Columbus Avenue late at night, but Broadway was fine, it was pretty much as it was now. My mom has always had a good vision for real estate and she always picks places instinctively. We always had a beautiful apartment. Somehow she just knew.

I started out as an inspiring actress in New York, and I really loved doing that, but then I met my husband, Tommy Hill, and starting a family became more of a priority. I was very devoted to my kids. I think I also get that from my mom; she was an incredible single mom. Back when I had my kids though, there weren’t a lot of great kids’ clothes stores, so I decided to start my own baby clothing line, Handmade by Emmanuelle. It was all hand-knit sweaters, my mom had taught me to knit when I was 15 years old, and I got started by literally just taking my sweaters to boutiques and asking if they wanted to sell them. I got a really positive response. Back then you could do things like that in New York more easily.

After that we moved out to the Hamptons, and then I started a production company with a friend of mine. We started doing locations for fashion shoots happening in the Hamptons, but then we were producing all over the country and back to the city. We started in 1995, and we worked with everybody Vogue, Harper’s Bazaar, Glamour, all the big magazines.

What projects are you working on right now?
Right now I’ve been very focused on Los Americanos the restaurant, my husband and I opened in April with our old and dear friend Patrick Fahey in Tribeca. Since my mom lived in South America, I grew up with Latin music and food at home, I’m not Latin, but everyone thinks I’m Latin, and I feel Latin. Whenever I take on a new project my background organizing photo shoots always helps because I can keep stuff together in addition to the creative stuff. For Los Americanos, it’s been very collaborative effort on everything.

Everything was a team effort, we worked as a team visually and we worked as a team on menu items, and even naming cocktails. My favorite was the Cuzco Hummingbird; it’s named after the city in Peru and it uses Peruvian pisco and coca tea. Coca is what they chew as a traditional remedy in Peru, and it’s the same leaves cocaine is eventually made from, so it leaves you feeling like a hummingbird because you have a little coca in your system.

Do you see your work as a continuation of your mom’s career or a new direction
I’ve never had a straight career path, things just happen, and that’s another thing my mom has always been a huge supporter of, people who want to reinvent themselves, or be inspired to change their careers. She’s all about choosing not to be afraid of the unknown, and to not be afraid of doing something new that you have a passion for.

On our inspiration board at the restaurant, we have a black-and-white picture of my mom from the 1950s—she’s dancing and Picasso is sitting at a table clapping his hands watching her. It’s such a great photo, I said, “That’s the spirit we want in this place!” At Los Americanos, we’ve all had a part in the interiors; they’re sourced from all around and include pieces from all of our personal collections. For me design is in my DNA. Our homes were always so tastefully done; they were really fun and colorful. My mom actually did some interiors for her friends. She collects things wherever she travels, she’s great at mixing things. She’ll have something from Tibet, something from the thrift shop. I remember one time we found some antlers on the street in the city and she put them right in the house in Water Mill.

How do you hope to inspire the next generation?
I want to have that same spirit of whenever you do something, do the best that you can because you don’t know where it’s going to take you. You don’t ever know who’s going to see that piece of work or who you’re going to meet. Even if you’re making cup of coffee, do it with pleasure, do it with your whole heart because you don’t know who’s drinking that cup of coffee and where it’s going to take you to next. Throughout my life, I just meet people and it’s never been with a plan—although maybe you need to have more of a plan than I did (laughs). But if you’re open to positive things, that will only help you in the long run.