Inside the conservative brain: Tea Partyers are afraid 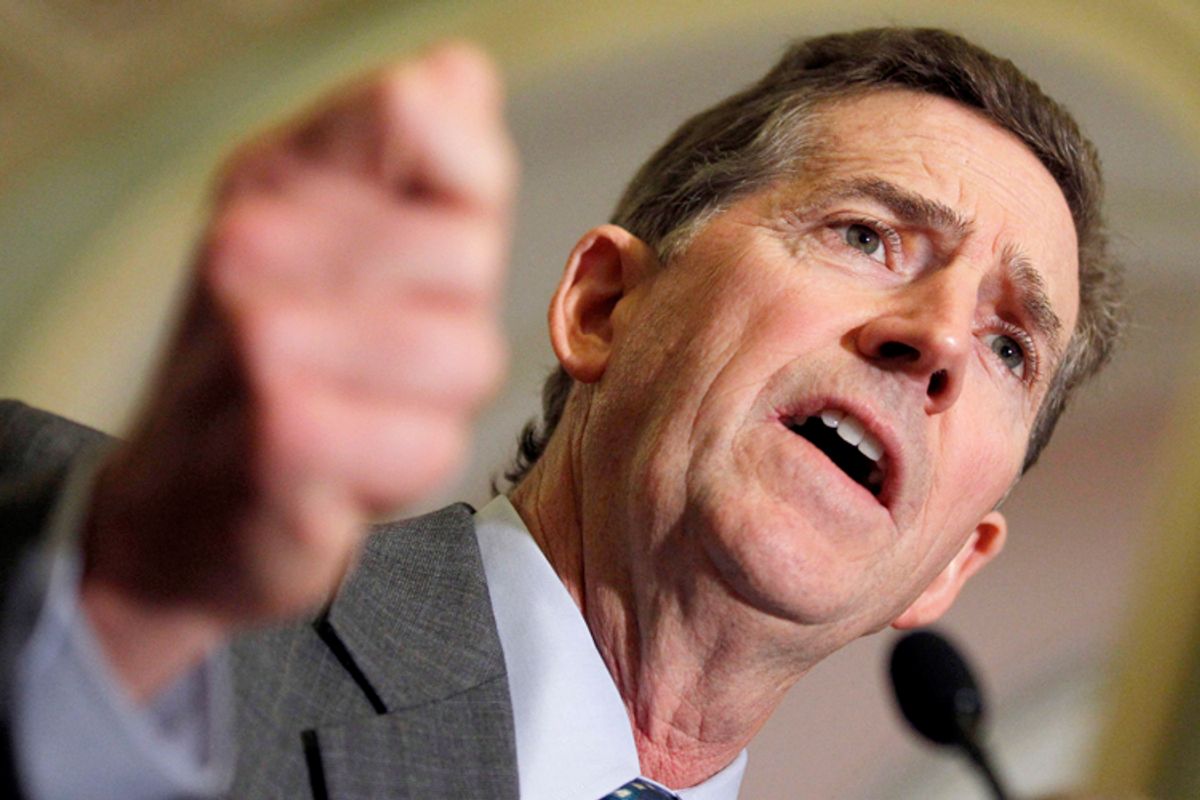 As America is torn apart by extremists, maybe a deep dive into our individual and collective psychology is a good way to start figuring out what’s happening to us.

The problem, as it turns out, may be the difference in the way people view individuals and collectives; whether you’ve got a “me” or a “we” focus; and how big those categories happen to be.

john a. powell (his name is spelled without capitals) leads the UC Berkeley Haas Institute for a Fair and Inclusive Society and is considered a leading thinker on race and ethnicity. He spoke Wednesday evening in Manhattan at the Union Theological Seminary as part of a joint series on Economics & Theology put on by UTS and the Institute of New Economic Thinking. INET’s executive director Rob Johnson, along with UTS president Serene Jones and Rachel Godsil of the American Values Institute, joined powell in a lively panel focused on how issues of race and belonging inform what’s happening in America today.

powell thinks a lot about meaning and being — what philosophers call ontology. He pays attention to the multiple levels at which humans exist and our struggle to make meaning of our lives, both as individuals and as groups. Along with Godsil, he studies how biases operate in our unconscious, with profound consequences for how we react to the world and each other.

The Tea Party is a fascinating case study for how these questions and ideas play out. Its members are bonded in anxiety and terror — a very powerful glue — over what America is becoming: something other than the “real America” they wish to belong to. Their America is white, Protestant and Anglo-Saxon (it’s no accident that the right’s leading think tank is called the Heritage Foundation).

powell notes that while Tea Party members will tolerate a bit of diversity — the occasional Catholic or Jew — they primarily wish to protect the distinctiveness of their chosen group in the past, present and future. For them, someone like Obama represents the ultimate threat to maintaining this distinctiveness, the thing that makes them feel special. With his black/Muslim/immigrant associations he becomes the “trifecta of Otherness” — an unholy trinity that must be resisted at all costs. The Tea Partyer perceives the president as the incarnation of a malevolent force that will take from them and give to Others. He is both the incarnation and the welcoming committee for the Stranger who doesn’t belong in America.

As an illustration, powell looks at how Tea Partyers feel about Social Security, which is coming under vigorous attack just as default has been avoided. When asked individually, powell finds that the Tea Partyer likes the program a lot. But she only likes it for her own group — for people who have, in her view, “worked for it.” She doesn’t want the Others to have it because she doesn’t want to be connected to “Them.” “They” don’t work the way she does. “They” don’t care about America as she does. “They” don’t belong in America. This divide between the small group and the larger community can be leveraged by politicians who wish to sway them.

powell is quick to point out that thinking this way doesn’t make Tea Partyers evil. Tea Party men, in particular, are upset about white male wages that have stagnated since 1973, which is reason enough for complaint. But powell notes that from a material point of view, most Tea Partyers are doing just fine, so it must be something other than just economics that bothers them. They are reflecting a deep anxiety about a changing world that they fear will soon be dominated by a non-white, non-Christian country. They are probably right about that. They fear America will soon be dominated by brown people with unfamiliar religious views. They are probably right about that, too.

Anxieties and biases, of course, exist on both sides, and while a Tea Partyer might characterize a progressive as a godless, latte-swilling effete, a progressive might, in turn, dismiss the Tea Partyer as an ignorant, gun-toting religious fanatic. Both sides tend to “Other” each other. powell tries to find the grounds for collective experience, noting that while Tea Partyers get frustrated with their children for not being independent and disciplined enough, he, as a parent, often feels the same way. He is more interested in figuring out what progressives and Tea Partyers may share as experience than vilification.

So where does this all bring us? I’m not sure, and neither is powell, though he is surely onto something with this paradoxical what’s-good-for-me-is-not-good-for-Them mentality that stands in the way of fair and equitable policies. Making those fearful of the Other more comfortable around those seen as a threat is a daunting task, but there have been some successes, such as the younger generation’s increasing embrace of gays.

I would differ from Powell somewhat in his lack of emphasis on class issues as an increasingly significant dividing line between Americans. Powell states that class does not help us understand ontology, but given the growth of income inequality, I would counter that class distinctions are becoming more acute.

Overt categorization, or sorting, based on color or gender is in retreat in that we do not, for example, have laws any longer forcing blacks and whites to be segregated in schools. We still have plenty of implicit sorting going on in our education and legal systems: Stop-and-frisk would be an example where the law does not explicitly target blacks, but does so implicitly in practice. However, explicit categorization based on economic status is going full steam ahead. Step into an airport, think about applying for school, or try to obtain a credit card, and it will become immediately clear what your economic status is, no matter what other identity group you belong to. You're going to the end of the queue if you're not rich.

When I questioned powell on his dismissal of class as an ontological category, he did acknowledge that race and class are intertwined, which is surely true. But I think that some who have focused on identity politics need to reckon more fully with America’s deep, and often unstated, class anxieties. Class as a category is complex: it’s about money, but also its effects, like inclination, taste and locale. If progressives have a hard time talking about race, we are only just beginning to peer into the dark closet of class.

Whether we’re talking about race, ethnicity, class or some other way humans have found to separate from each other, one thing is clear: Understanding unconscious biases — including our own — is critical if we want to change people’s deepest beliefs.