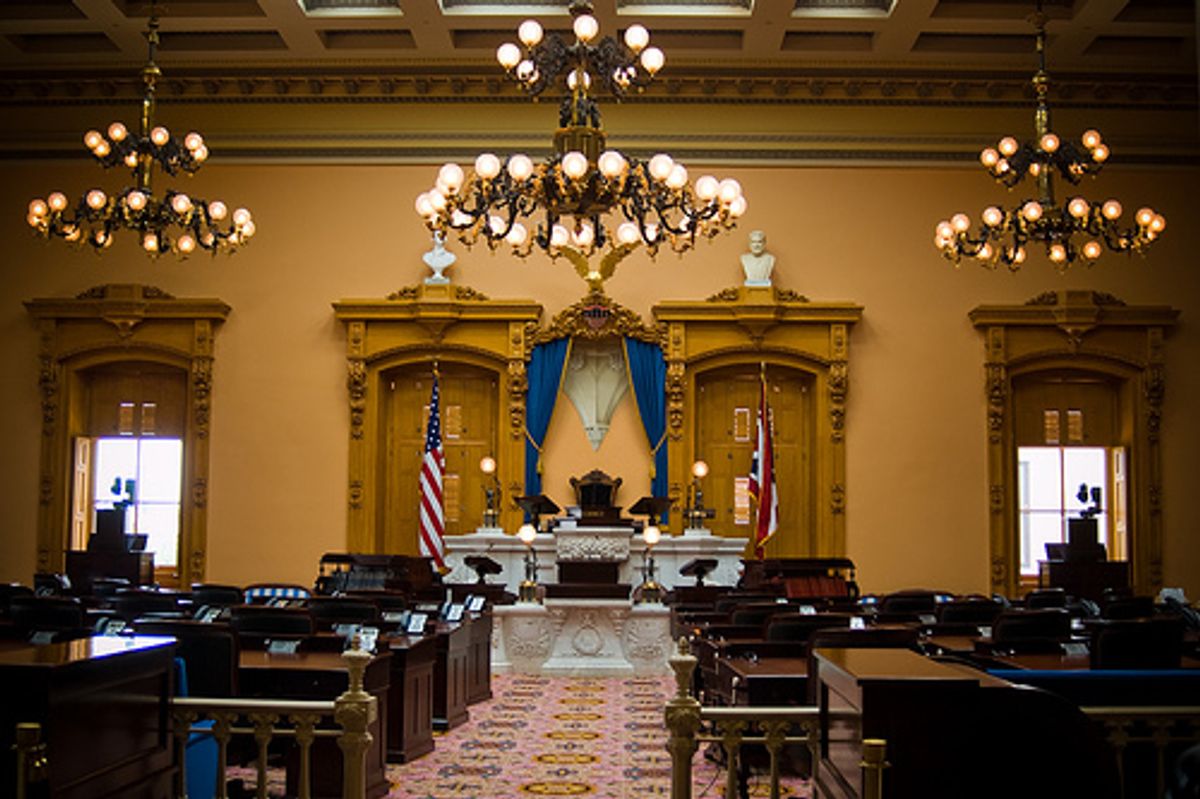 According to the Columbus Dispatch, a legislative oversight panel approved federal funding to expand Medicaid in Ohio on Monday, granting access to some 275,000 low-income Ohioans.

The approval comes after months of debate and after Republican Gov. John Kasich, rebuffed by the Republican-controlled state Legislature, decided to veto the legislature's banning of the expansion and seek its approval through the state's seven-member Controlling Board instead.

According to the Columbus Dispatch, Medicaid will become available as of Jan. 1, 2014, to any Ohioans earning up to 138 percent of the federal poverty level, "about $16,000 for a single-person household."

Some conservatives in the Legislature are threatening to sue over Kasich's move, however, describing it as an overreach that goes against the will of the state's sole legislative authority.

More from the Columbus Dispatch:

Ohio is set to become the 25th state, plus the District of Columbia, to expand Medicaid under the Affordable Care Act, according to the Kaiser Family Foundation. The board approved the funding through the end of the two-year budget, June 30, 2015.

“While I would have rather seen this done via legislation...it’s apparent to me the legislative route is just not viable,” [state Rep. Ross] McGregor said prior to the vote.

“I see first-hand the need of the folks who are living here and having a hard time getting by,” he said. “It’s incredibly difficult to even think about improving your lot in life if you don’t have a reasonable access to health care.”

[State Rep. Jeff] McClain said House Republicans want to move quickly on a series of Medicaid reform bills. “ Many House members feel strongly that today’s proposed Medicaid appropriation increase should be postponed in order to run a diligent legislative process for a brief series of intense weeks,” he said.

“We continue to do everything we can to better the lives of all Ohioans and believe that the reform path is the best solution both now and into the future to improve the health of even more Ohioans.”

Under Obamacare, expansion costs would be fully funded by the federal government for three years beginning Jan. 1, and 90 percent or more in subsequent years, bringing an estimated $13 billion to Ohio over the next seven years. Kasich says the funds will help treat those with mental illness, drug addictions and others, but conservatives opposed to expansion argue that the nation cannot afford to expand Medicaid and the additional spending will drive up the federal debt.