The difference between David Pogue and Glenn Greenwald 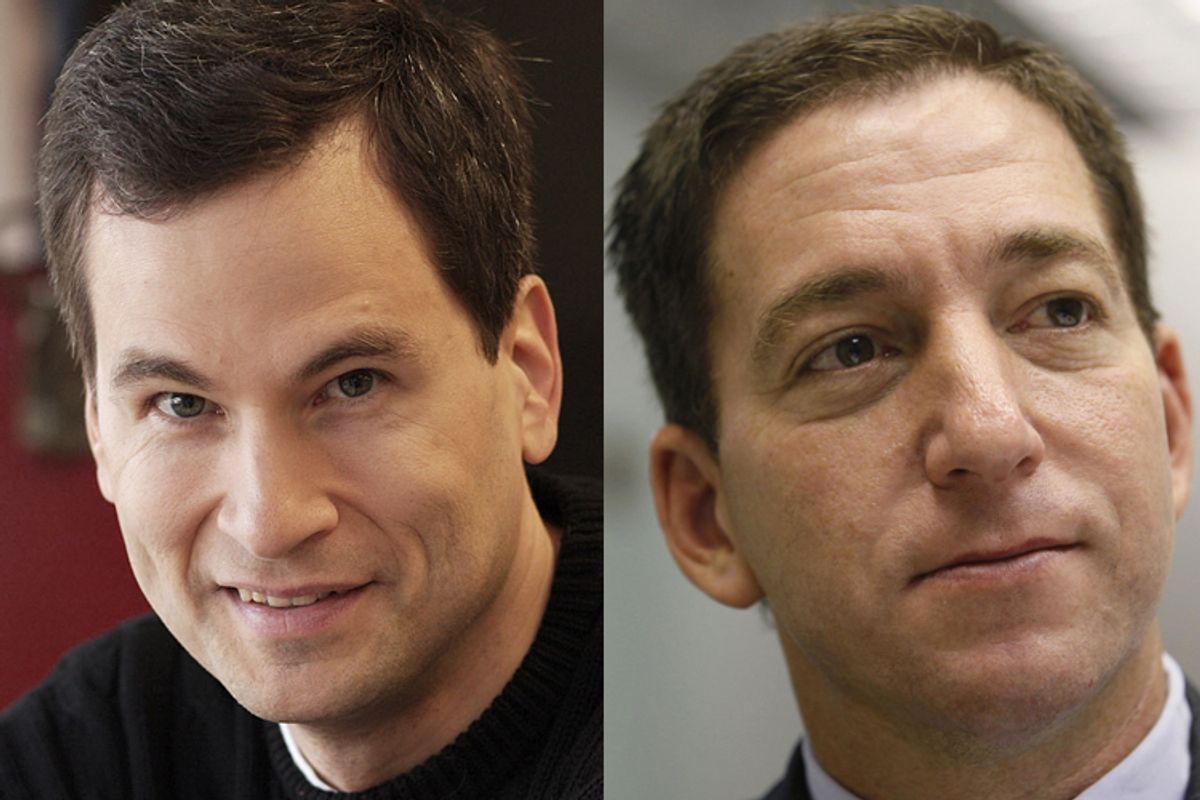 For a dying industry, there sure has been a lot of action in the world of journalism lately. Last week, mouths gaped open at the news that eBay founder Pierre Omidyar was planning to back a general interest news site to the tune of $250 million, and had lured Glenn Greenwald away from the Guardian as flagship reporter and all-around nuclear-powered muckraker.

Then, on Monday, we learned that longtime New York Times technology columnist and gadget reviewer David Pogue is jumping ship to join Yahoo, where he will be involved with starting a "new consumer tech site."

One of these things is not like the other! In Greenwald's case, we have a tech billionaire pouring money into what can only be assumed will be the most aggressive investigative journalism possible. Pogue, in contrast, is leaving one of the most well-regarded brands in the news business to join forces with the industry that he was formerly reporting on.

Conflict of interest, anyone?

There's no question that Yahoo has built a serious journalism business stocked with excellent reporters and editors, but it's still hard to read Pogue's Tumblr post pouring lavish praise on a company that even he admits had deserved "a few swift kicks ... over the years."

But over the last few months, as I’ve pondered this offer, I’ve visited Yahoo headquarters. I’ve spent a lot of time with its executives. And what I found surprised me. This is a company that’s young, revitalized, aggressive — and, under Marissa Mayer’s leadership, razor-focused, for the first time in years.

Yuck. That sounds a lot like hype -- exactly what we don't need in yet another consumer tech-focused publication.