"Brooklyn Nine-Nine" is a stale cop show -- why did it get picked up?

The show's no better than the cancelled "Ironside" -- is Fox hoping for the next "Parks and Rec"? 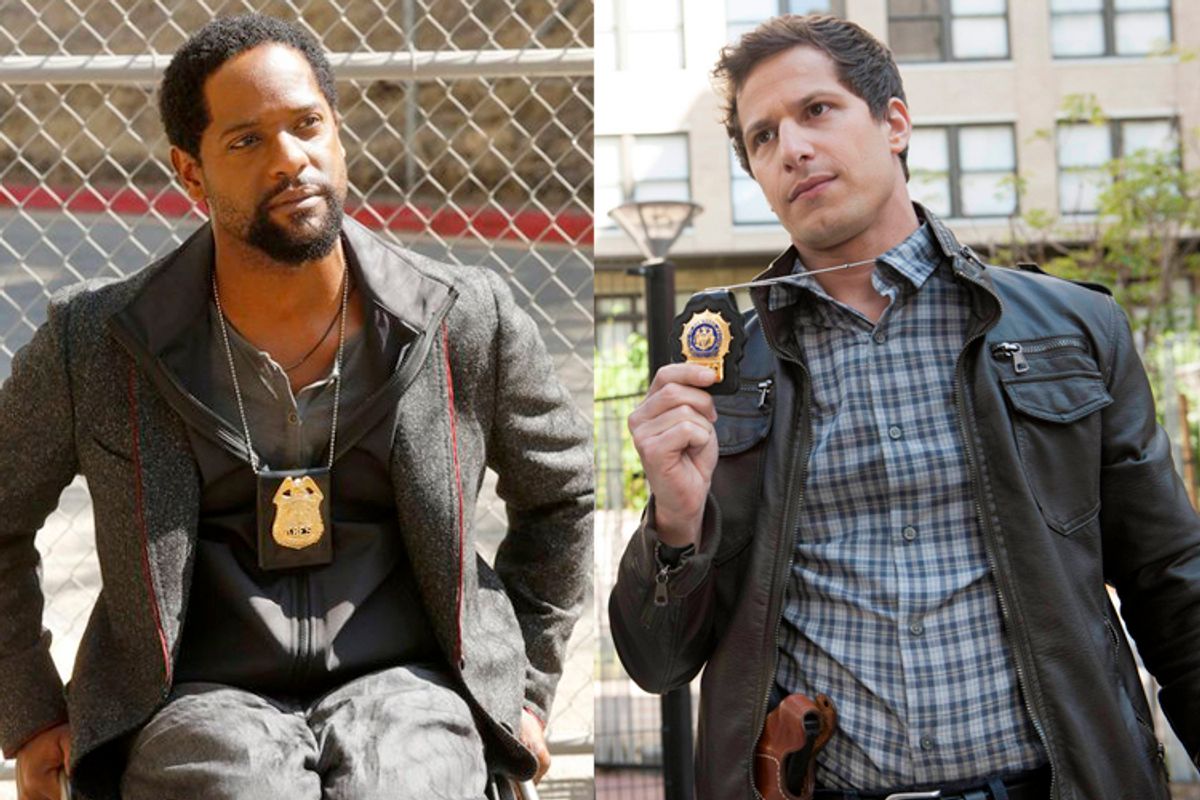 Last week it was announced that NBC was canceling its "Ironside" remake after only three weeks. That comes as no surprise considering the show is based on a winning formula that can't always win. Both overly flashy and unconvincingly gritty, "Ironside" stars Blair Underwood as a surly cop haunted by his past who flouts regulation at every turn and employs rapid deductive reasoning at a level that borders on the mystical. Underwood does his best to imbue the wheelchair-bound detective with edge and gravitas, but ultimately the effort just felt like a competent actor taking a shot at a fairly stock character. No more can be said for the supporting characters, a collection of in-fighting wannabe anti-heroes clearly intended to read as a dysfunctional family.

Fox's "Brooklyn 99" also features a dysfunctional band of NY-based police officers. It also boasts a surly black cop in Andre Braugher's Captain Ray Holt, a decorated monk of an officer whose sexual orientation -- Whoa, he's gay! -- adds about as little to his character as Underwood's chair does to his. But Holt is not the center of the precinct universe. That would be former SNL'er Andy Samberg's Detective Jake Peralta. Like Robert Ironside, Peralta is a rule-breaker and authority-baiter and, predictably, a kick-ass crimefighter. But because "Brooklyn Nine-Nine" is a workplace comedy and not a drama, Peralta is also a slacker, a goofball, and an office prankster.

Neither program feels greater than the sum of its parts. From the pilot episode, Samberg's self-absorbed doofus felt well on its way to stale. Now and again, Braugher's exceedingly flat delivery scores points for pure weirdness. But as a whole, "Brooklyn Nine-Nine's" ensemble never seems to strike the chord of fun, functional workplace anarchy that hums on, say, "Parks and Recreation." "Parks and Rec" did take a season before it began to sing, though. So maybe that's why Fox has decided to pick up "Brooklyn Nine-nine" for a full season despite what the New York Times calls "marginal" ratings. (The show is getting a coveted spot behind the upcoming Super Bowl with "The New Girl," a more established hit. Also, oddly, "Parks and Recreation" has recently been put on hiatus by NBC. So, apparently, no funny deed goes unpunished.)

A final note about "Ironside:" While I'm not sad to see the show go -- we're all waist-deep in procedurals at this point -- I am disappointed that Blair Underwood will not be a staple on weekly television. "Ironside" may not have been the best possible vehicle for Underwood's amalgam of good looks and bountiful charm. But even in this flawed setting, the veteran actor's proven leading man qualities were evident. I hope to see him in the driver's seat again soon.

Correction: An earlier version of the headline of this piece misstated "Brooklyn Nine-Nine's" status. It has been picked up for a full season.

Actor Adam Scott has also disputed initial reports that "Parks and Recreation" had been put on hiatus.