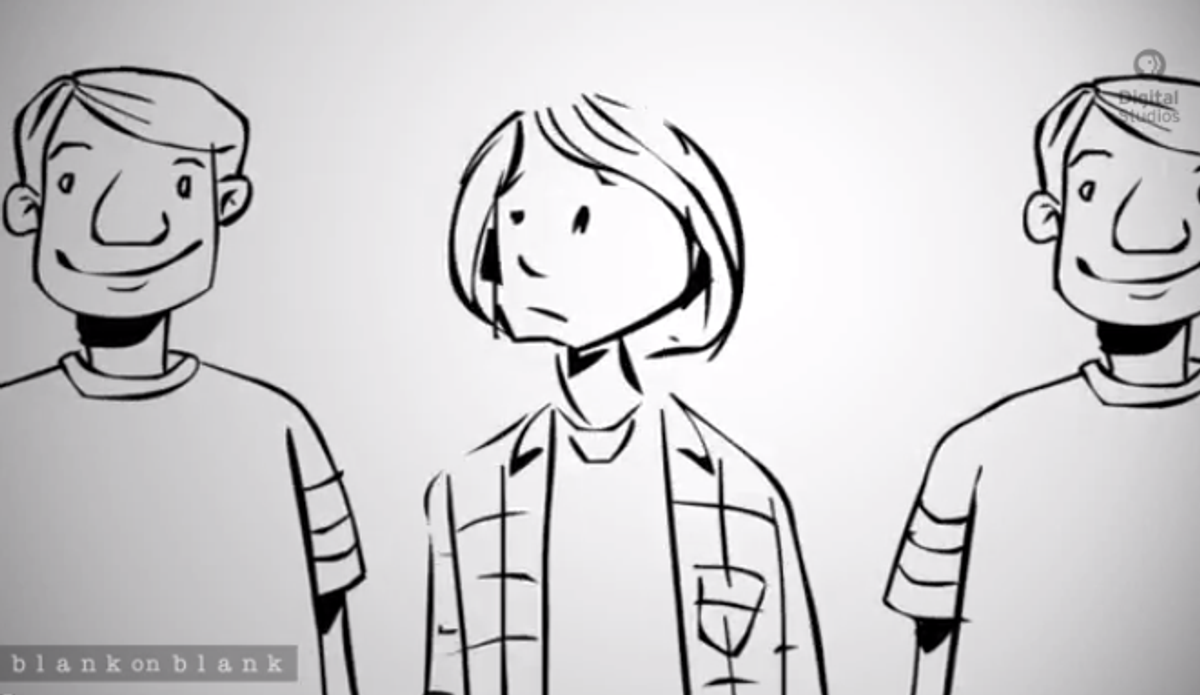 Days after Nirvana was nominated for the Rock and Roll Hall of Fame, PBS Digital Studios and Blank on Blank, David Gerlach's animated interview series, have released a rare treasure: an in-depth 1993 interview with late Nirvana frontman Kurt Cobain. In the clip, Cobain tells interviewer Jon Savage about his struggle with identity as a teenager. "I had a really good childhood until the divorce," Cobain said, explaining that after his parents divorced he began to feel isolated and angry. "I couldn't find any friends -- male friends -- that I felt compatible with. I ended up hanging out with girls a lot. I just always felt that they weren't treated with respect, especially because women are totally oppressed."

He called his musical influences, Aerosmith and Led Zeppelin, sexist, and turned to punk rock as a release for his anger and social and political attitudes.

"I even thought that I was gay. I thought that might be the solution to my problem," Cobain said. "I had a gay friend and then my mother wouldn't allow me to be friends with him anymore, because, well, she's homophobic. It was real devastating because finally I found a male friend who I actually hugged and was affectionate to and we talked about a lot of things."

The full interview is available via subscription download at Rocksbackpages.com.