Must-see morning clip: The Obamacare website is a total failure

Jon Stewart mocks the Democrats, who bungled a real opportunity to pull ahead of the GOP after the shutdown fiasco 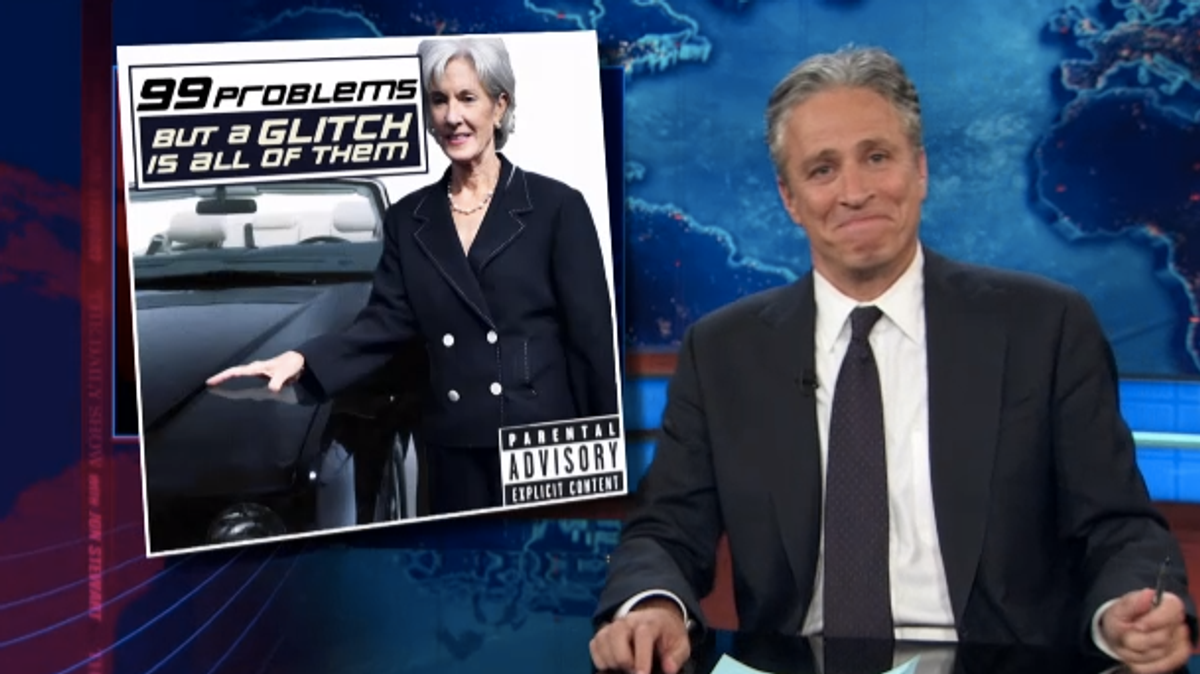 Jon Stewart is back in action after a week-long hiatus, during which his outrage toward the GOP was conspicuously absent from television. But the government shutdown ended, Obamacare remained intact, and the Republicans proved to be "so offensive to even independents and moderates that this country looks like it is poised to turn bluer than a Smurf's balls after dry humping a bottle of Windex," Stewart joked.

That is, until the Obamacare website launch failed. "All the Democrats have to do to gain a like an 80 percent to 20 percent chance in this country is a mildly competent implementation of the healthcare policy they battled so hard to keep," he said.

The site, however, was so riddled with "glitches" that some Americans could not even log on -- and those who could often received error messages and broken calculators. "The calculator doesn't work?!" exclaimed an incredulous Stewart. "The one thing that's been in computers since 1972? You couldn't make that work? What, is the only thing that the calculator does is spell out the word 'BOOBS' no matter what you plug into it?"

"The whole point of websites," Stewart explains, "is to design them so that it is nearly impossible to not sign up for something. Every time I'm on Amazon, there's a 40 percent chance I'll mistakenly overnight myself six seasons of 'Night Court'! "

"Daily Show" correspondent John Oliver then attempted to sign up on HealthCare.gov and more or less fell into The Matrix: