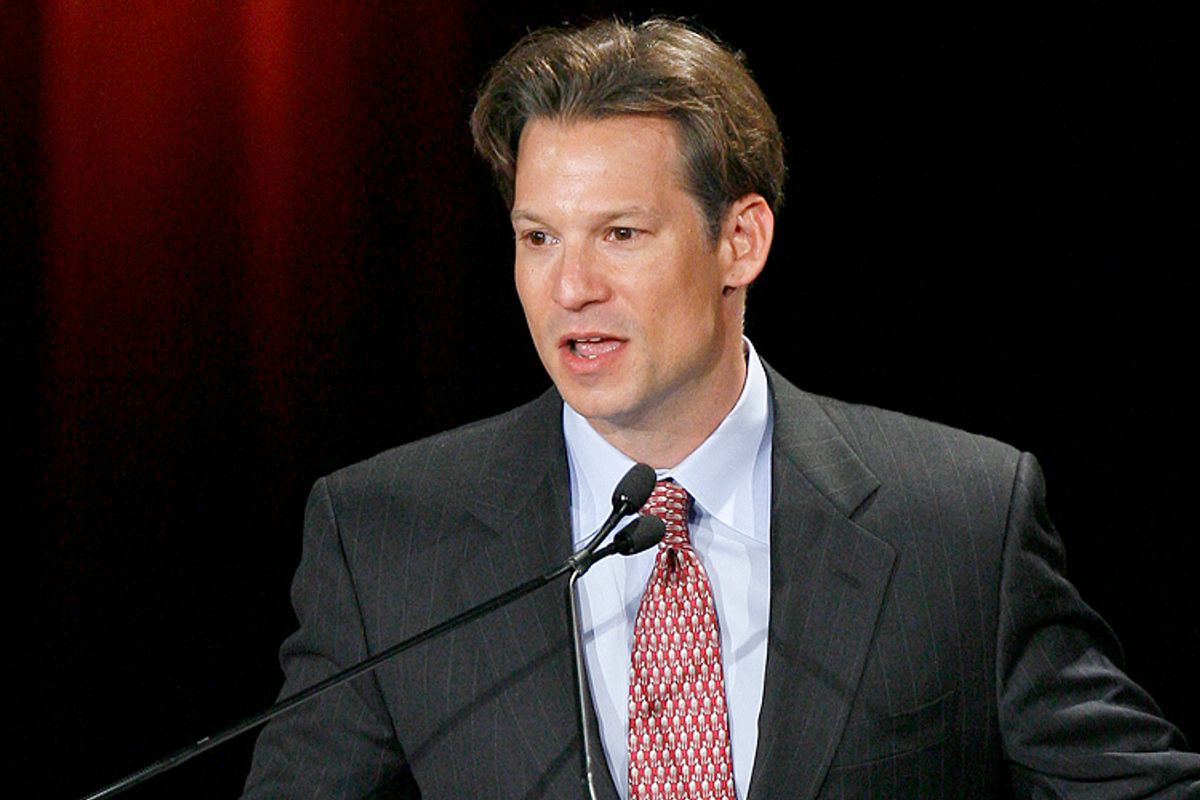 For conservatives, the hype about “black on black violence” has become a campaign slogan -- despite evidence to the contrary that violence is really about concentrated poverty and geography, leading disingenuous conservatives to complain about this phenomenon. “Nationally, nearly half of all murder victims are black. And the overwhelming majority of those black people are killed by other black people. Where is the march for them?” complained Juan Williams last year as protests for slain teenager Trayvon Martin were gearing up.

In a television news segment aired last week, NBC’s decorated foreign correspondent Richard Engel offered a similar take on “Muslim versus Muslim violence.” Like complaining about black on black violence, it seemed calculated to absolve the audience of blame.

Engel is one of America’s most prominent foreign correspondents. He has lived in the Middle East since 1996 and speaks and reads Arabic that he learned from many years living in Cairo. So it’s particularly disappointing to see him engage in a form of Orientalism.

Engel’s segment begins by setting the scene: “Anyone who follows the Middle East and Islamic world in general can’t deny it is often a very violent place, that a band of instability now stretches from Algeria to Pakistan. Every day it seems there are car bombings, suicide attacks, shootings, and refugees and crying children. From the outside it looks like a violent mess to be avoided. But the violence baffles many of the people who live in the region. Why? they ask. Why is the Islamic world these days so violent? And who’s responsible.”

Engel then reminds his viewers that Muslims aren’t predisposed to violence: “Islam, like all major religions, preaches tolerance and coexistence. Most sermons on most mosques on most days preach about living a good and moral life. Very normal stuff.”

Then he gets to his thesis, that Muslims can’t explain all that Muslim-on-Muslim violence and that they shroud themselves in conspiracy theories: “Which leads many in the Islamic world to conclude that there must be a conspiracy. Some war against Islam waged by non-Muslims. This is a very common philosophy in the Islamic world reinforced by television shows and taken as fact at many of the same mosques where people are told to live good and decent lives.”

Engel then concedes that there might be some truth to the idea that Muslims are being killed by non-Muslims: “In just a generation, starting roughly in 1980, about 4 million Muslims have died violently in wars, from Afghanistan to Iraq, Bosnia to Chechnya. Understand, numbers like these are hard to nail down. But the scale makes a point. More than 300 Muslims killed a day, every day, for 30 years. And about half of them, think Afghanistan attacked by the Soviet Union, Bosnia by Serbs, and America’s two wars in Iraq, it was Muslims who were killed by non-Muslims. The worst atrocity in Europe since World War II, the massacre at Srebrenica, and the worst air assault on a city, Grozny, were both directed at Muslims by armies of other faiths. So looking from the inside out, it’s not unreasonable to see a war against Islam.”

Then he pivots to his conclusion: It’s really the Muslims killing each other, and they don’t like to admit it: “But increasingly, the argument doesn’t hold up. Increasingly, it’s been Muslims killing Muslims. In civil wars in Syria, Algeria, Sunni versus Shiite violence seems to be the new terrible trend. And one that is likely to continue as the Arab world struggles to find a new status quo after the revolution of the Arab Spring. It could take a decade for a new system to lock in place. Until then, there’s likely to be a lot more Muslim versus Muslim violence. But this narrative isn’t very popular in the region. It isn’t talked about as much in the mosques and in the Arab media. Perhaps it’s easier to blame the outside than to explain the interfaith violence.”

There are a number of troubling flaws in Engel’s argument. First of all, he seems to posit that the Muslim world is uniquely violent, with 4 million Muslims  killed there over the past 33 years. While the region has indeed seen horrific violence, let’s not forget that it’s a group consisting of over 1.6 billion individuals.

By contrast, in the Democratic Republic of Congo, where 95 percent of the population is Christian, the International Rescue Committee estimated that 5.4 million people died in conflict in eastern Congo from 1998 to 2007 out of a current population of 65.7 million people.

There are also parts of the Muslim world that have relatively little violence. For example, much of the Middle East has lower homicide rates than the U.S.

Then Engel concedes that half of the violence he was referring to came from outside the Muslim world. He then quickly moves on. Think about that. In 2001, 2,750 Americans were killed by Muslim terrorists. The same year, 15,980 Americans were killed by … each other in homicides. If you polled most Americans that year about what they were most outraged about, it’s very likely that the terrorist attacks would rank higher than common murder, even though the murders accounted for almost six times as many deaths. Would Engel really take Americans to task for uniting against a foreign enemy – the al-Qaida organization – rather than the violence from within? Every society, not just Muslim ones, are quicker to rally against a foreign enemy.

That brings us to the last flaw in Engel’s argument. He claims that Muslims and Arabs are not focusing on violence by other Muslims, and that they’d rather blame foreigners, in the press and in their mosques. But is that even true?

I took a couple of snapshots of the current home page of Dawn.com, the Web presence of Pakistan’s most influential newspaper. The home page features items on a girls’ school receiving a threatening letter from an offshoot of the Pakistani Taliban, an article on a bomb attack on a train in Balochistan, a piece on Pakistan’s female police officers taking on criminals and terrorist militants, among others related to “Muslim versus Muslim violence.”

I did the same for the Khaleej Times, a major news outlet based out of the United Arab Emirates. As I write this, there are three articles about Syria’s civil war and one article about Malala, the famed Pakistani teenage girl who stood up to the Taliban.

This isn’t to say that there aren’t certain individuals that peddle conspiracies and try to blame the West for all of the Muslim world’s problems. But they aren’t too different from our own Glenn Beck, Michele Bachmann and Rush Limbaugh – they’re providing red meat to a small but fervent audience that rejects rational discussion.

Engel’s portrayal of “Muslim versus Muslim violence” is simplistic. The issues and animosities that have created sectarian warfare in some parts of the Muslim world are nuanced, and many of them can at least partially be blamed on the West: See Syria where the civil war has turned into a proxy conflict between the American and Russian governments, which are both fueling the bloodshed with arms.

Yet a greater problem may be Engel’s role as a narrator himself. Like white conservatives who scold the black community for violence, Engel is playing the role of a white Western outsider, lecturing Muslims on their inability to govern themselves. Yes, there is bitter sectarian violence in some parts of the Muslim world, but addressing that is primarily a job for Muslim activists and the Muslim public sphere. A white non-Muslim lecturing Muslims on American television will hardly help soothe sectarian divisions, and it may even exacerbate them.

Perhaps a better use for Engel’s reporting talent would be to inform Americans about the nuances of conflicts in the Middle East and Muslim world, and to give them the information they need to change what’s most directly under their control: U.S. foreign policy. Engel could explain how the United States’ one-sided policies with respect to Israel and the Palestinians prevent a resolution, or how our extreme sanctions against Iran are hurting ordinary people there, not government officials – a former U.S. ambassador recently warned that it could “become a humanitarian disaster in five years.”

A reporter of Engel’s background and talent should consider these alternatives and others rather than championing a simplistic and condescending narrative toward 1.6 billion people.