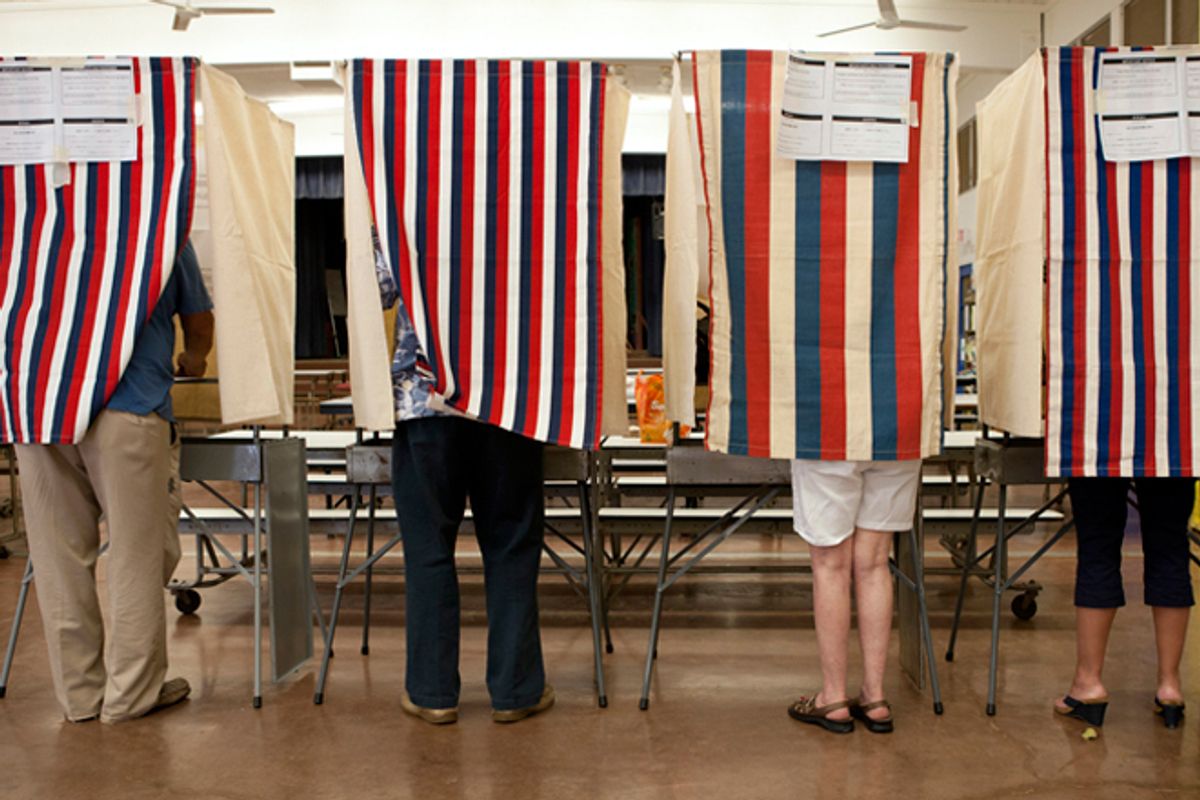 Texas' new voter ID law, set to go into effect on Nov. 5, requires individuals to provide a photo ID featuring their legally recognized name in order to vote. It's well-documented that such laws disproportionately disenfranchise low-income voters, people of color, students and the elderly, but married women and transgender people (some of whom are married women) are also among those likely to be impacted by the new law.

According to recent data, 34 percent of voting-age women do not have a document that currently reflects their current legal name. Among transgender women and men, the number is 41 percent. That is a lot of people who no longer meet the current requirements, and who may be hard-pressed to get a valid ID in time for the November election.

If any voter is using name different than what appears on their birth certificate, the voter is required to show proof of name change by providing an original or certifiedcopy of their marriage license, divorce decree, or court ordered name change. Photocopies aren’t accepted.

Transgender voters face unique barriers to obtaining government-issued identification, and a petition to change your name is a 12-step process in the state of Texas.

Despite this, and as Jos Truitt at Feministing explains, most of the coverage of the mass disenfranchisement of female voters that may come about as a result of this law doesn't mention the possible impact on transgender women -- and men, for that matter:

It’s possible the Texas GOP meant to stop the votes of married women with this law. ... However, trans folks are demonized by the right with increasing frequency, and have been directly targeted with voter suppression tactics, so this could very well be aimed at us as well. Trans folks may be a marginalized minority, but there’s also a badass trans organizing community in Texas that the right certainly knows about. Regardless of intent, this law has potential to keep trans folks from exercising our right to vote, and that’s something we should be talking about as well.