GOP leader to Obama: "I cannot even stand to look at you" 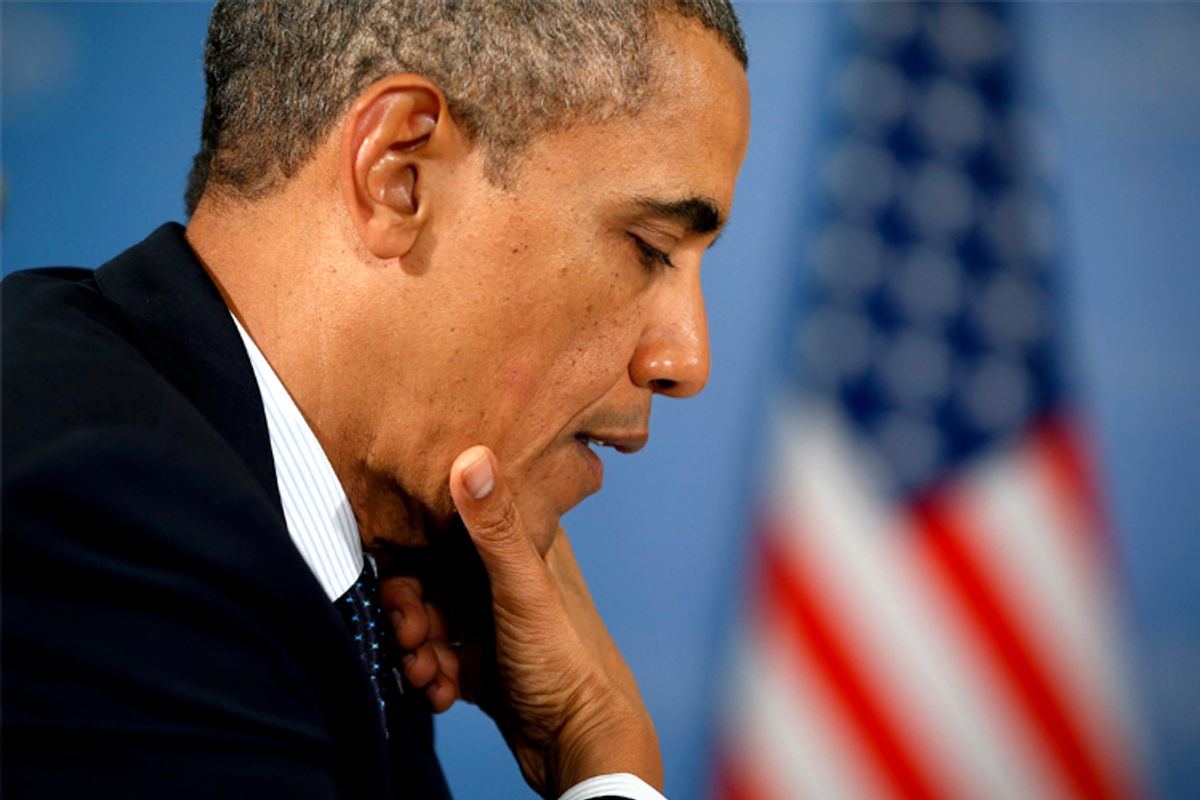 During the negotiations over the government shutdown, one House GOP leader said to President Obama, "I cannot even stand to look at you," according to a recent Facebook post from Illinois' Dick Durbin, the No. 2 Democrat in the Senate.

"Many Republicans searching for something to say in defense of the disastrous shutdown strategy will say President Obama just doesn't try hard enough to communicate with Republicans," the post begins. "But in a 'negotiation' meeting with the president, one GOP House Leader told the president: 'I cannot even stand to look at you.'"

"What are the chances of an honest conversation with someone who has just said something so disrespectful?" the post goes on to ask.

White House Press Secretary Jay Carney did comment on the alleged flap, however, saying he had spoken with a participant in the meeting and that the alleged insult "did not happen."

This story has been updated with comments from Jay Carney.