Viral video signals the return of an endangered cheetah

A mother with four cubs was spotted in Iran, where fewer than 100 Asiatic cheetahs remain 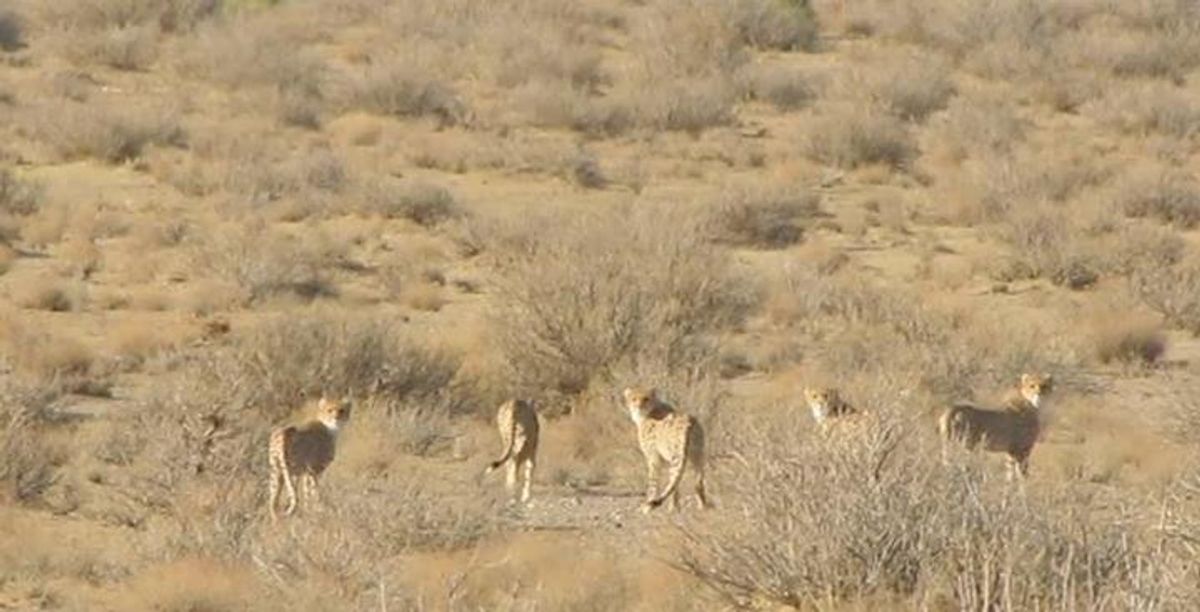 A video quickly going viral in Iranian online communities could be a sign that all hope isn't lost for the critically endangered Asiatic cheetah, the Guardian reports.

Taken this weekend by conservationists at the Persian Wildlife Heritage Foundation (PWHF), the silent film captures a mother with four cubs. "It shows Asiatic cheetahs are surviving, breeding cubs are managing to continue life," Delaram Ashayeri, of PWHF, told the Guardian. "It's good news against a barrage of bad news about these animals."

The animal is extinct everywhere but Iran, where only 40 to 70 are estimated to be left. According to Morteza Eslami, head of the Iranian Cheetah Society, environmentalists have struggled to fund their conservation efforts:

International funds and equipment have been vital to the Iranian NGOs but blanket sanctions imposed on the country by the west over its nuclear programme have affected environmentalists, who have struggled to get international funding.

"Unfortunately, due to sanctions, we have not been able to reach international funds," Eslami said. "We are an NGO, we are independent of the government but due to sanctions we had serious difficulties in obtaining camera traps, for example. It is not possible to directly buy them and we have to go through a number of intermediaries and that means that we have to pay more to get our hands on them. Also, we have banking restrictions, making it difficult for us to pay for these camera traps."

In the past decade, Iran's undergone a national effort to raise awareness of the cheetahs' plight. As the popularity of the footage attests, the campaign has been a success. "Something that people rarely knew about a decade ago has now became a national cause for concern," Eslami said.