Jofi Joseph, once thought in line for a promotion, had been tweeting internal White House info since at least 2011 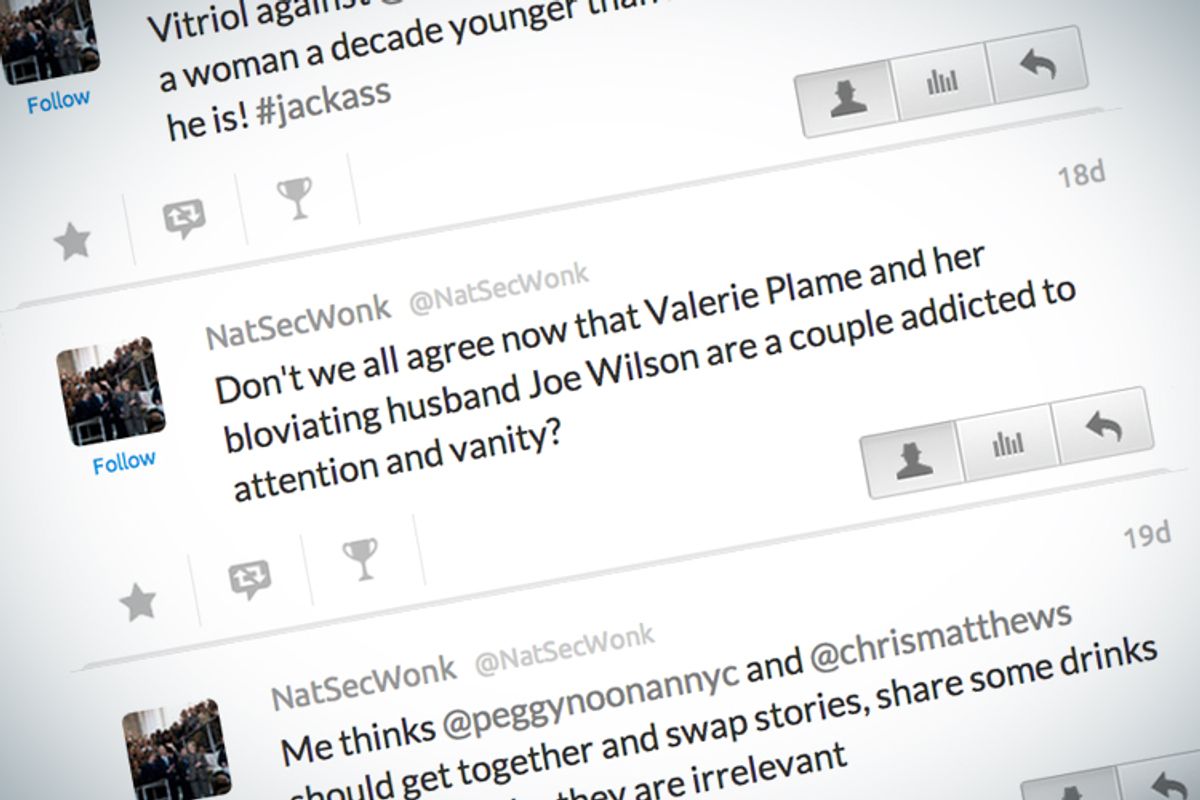 According to a report in the Daily Beast, Jofi Joseph, a director in the non-proliferation section of the White House's National Security Staff, was fired recently for being the person behind the scandalous @natsecwonk Twitter account.

The account, which was highly followed and talked about in national security and foreign policy circles, was infamous for tweeting insults about senior White House officials as well as other public servants and political media figures. The Daily Beast saved a collection of Joseph's tweets before the account was deleted.

"I'm a fan of Obama, but his continuing reliance and dependence upon a vacuous cipher like Valerie Jarrett concerns me," read one tweet. "So when will someone do us the favor of getting rid of Sarah Palin and the rest of her white trash family? What utter useless garbage ....," read another.

According to the Daily Beast report, Joseph's revelation came as a surprise to many. Joseph was well-known in D.C.'s foreign policy community. According to Politico's Glenn Thrush, Joseph was in line for a big promotion:

Jofi Joseph, named as @NatSecWonk by @JoshRogin, was in line for senior Pentagon Post, according to admin sources

Joseph apologized for his tweets in an email to Politico, saying it was a "privilege" to work for the administration and that he regretted "violating the trust and confidence placed in me."