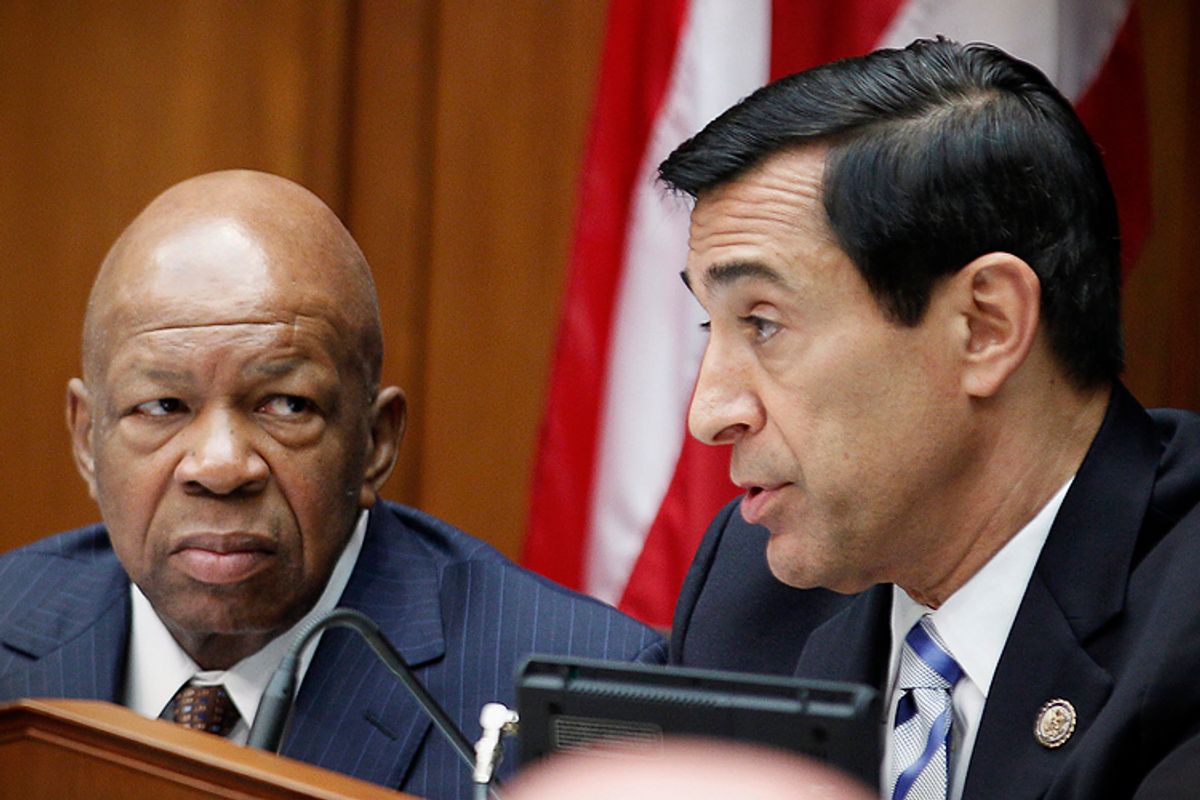 WASHINGTON (AP) -- The principal contractors responsible for the federal government's trouble-plagued health insurance website say the Obama administration shares responsibility for the snags that have crippled the system.

Executives of CGI Federal, which built the federal HealthCare.gov website serving 36 states, and QSSI, which designed the part that verifies applicants' income and other personal details, are testifying Thursday before the House Energy and Commerce Committee.

The hearing comes as President Barack Obama's allies are starting to fret about the political fallout. Democrats had hoped to run for re-election next year on the benefits of the health care law for millions of uninsured Americans. Instead, computer problems are keeping many consumers from signing up through new online markets.

One House Democrat says the president needs to "man up" and fire somebody, while others are calling for signup deadlines to be extended and a reconsideration of the penalties individuals will face next year if they remain uninsured.

On that point, a change in the timeline for signing up for coverage is underway, the White House said. Consumers have until Dec. 15 to apply for coverage that's effective Jan. 1. Even though open enrollment lasts until March 31, people would face a penalty if they postpone buying coverage beyond mid-February. Calling that a "disconnect," the White House said officials will soon issue policy guidance allowing consumers to sign up by the end of March without penalty.

The focus on the contractors is a first step for GOP investigators. After the failure of their drive to defund "Obamacare" by shutting down the government, they've been suddenly handed a new line of attack by the administration itself. Administration officials, including Health and Human Services Secretary Kathleen Sebelius, are to testify next week.

Cheryl Campbell, senior vice president of CGI, suggested in prepared testimony that Congress should look beyond the contractors. HHS "serves the important role of systems integrator or `quarterback' on this project and is the ultimate responsible party for the end-to-end performance," she said.

Overwhelming interest from consumers triggered the website problems, she said. "No amount of testing within reasonable time limits can adequately replicate a live environment of this nature," she said.

Andy Slavitt, representing QSSI's parent company, said the operation's virtual back room, known as the federal data hub, is working well despite some bugs. But his company was also involved with another part of the system, a component for registering individual consumer accounts that became an online bottleneck.

Slavitt blamed the administration, saying that a late decision to require consumers to create accounts before they could browse health plans contributed to the overload. "This may have driven higher simultaneous usage of the registration system that wouldn't have occurred if consumers could window-shop anonymously," he said.

Rep. Joe Pitts, R-Pa., chairman of the panel's health subcommittee, said he wants to focus on the administration's decision not to allow browsing, or window-shopping. That's a standard feature of e-commerce sites, including Medicare.gov for seniors. Lack of a browsing capability forced all users to first go through the laborious process of creating accounts, overloading that part of the site.

Acknowledging what's been obvious to many outside experts, the administration said Wednesday that the system didn't get enough testing, especially at a high user volume, before going live. It blamed a compressed time frame for meeting the Oct. 1 deadline to open the insurance markets. Basic "alpha and user testing" are now completed, but that's supposed to happen before a launch, not after.

The administration provided no timetable to fix extensive computer snags but said technicians are deep into the job. Its explanation, posted online in an HHS blog and accompanying graphic, identified six broad areas of problems and outlined fixes underway but in most cases incomplete.

The HHS explanation identified some bugs that have gotten little outside attention. Technical problems have surfaced that are making the application and plan-shopping functions difficult to complete. That's a concern because those stages are farther along in the signup process than the initial registration, where many consumers have been getting tripped up. The problems are being analyzed and fixes are planned.

Meanwhile, House Democrats are starting to worry aloud about persistent problems with the rollout.

Rep. Richard Nolan, D-Minn., told The Associated Press the computer fiasco has "damaged the brand" of the health care law.

"The president needs to man up, find out who was responsible, and fire them," Nolan said. He did not name anyone.

Former White House chief of staff Bill Daley, interviewed Thursday on "CBS This Morning," said that Obama "can't just get stuck on this for the next several weeks." As for calls that Sebelius be fired, Daley said that would be like firing the captain of the Titanic "after the ship hit the iceberg."

Obama says he's as frustrated as anyone and has promised a "tech surge" to fix the balky website. White House spokesman Jay Carney said the administration will be more transparent about the problems. After more than 20 days without briefing the media, HHS will start regular sessions on Thursday, he said.

In light of the computer problems, some Democrats are saying Obama should consider extending open enrollment season beyond March 31 and revisit the penalties for individuals who don't sign up and remain uninsured. Under the law, virtually all Americans must carry health insurance starting next year or face fines.