Millionaire tax migration is a myth! 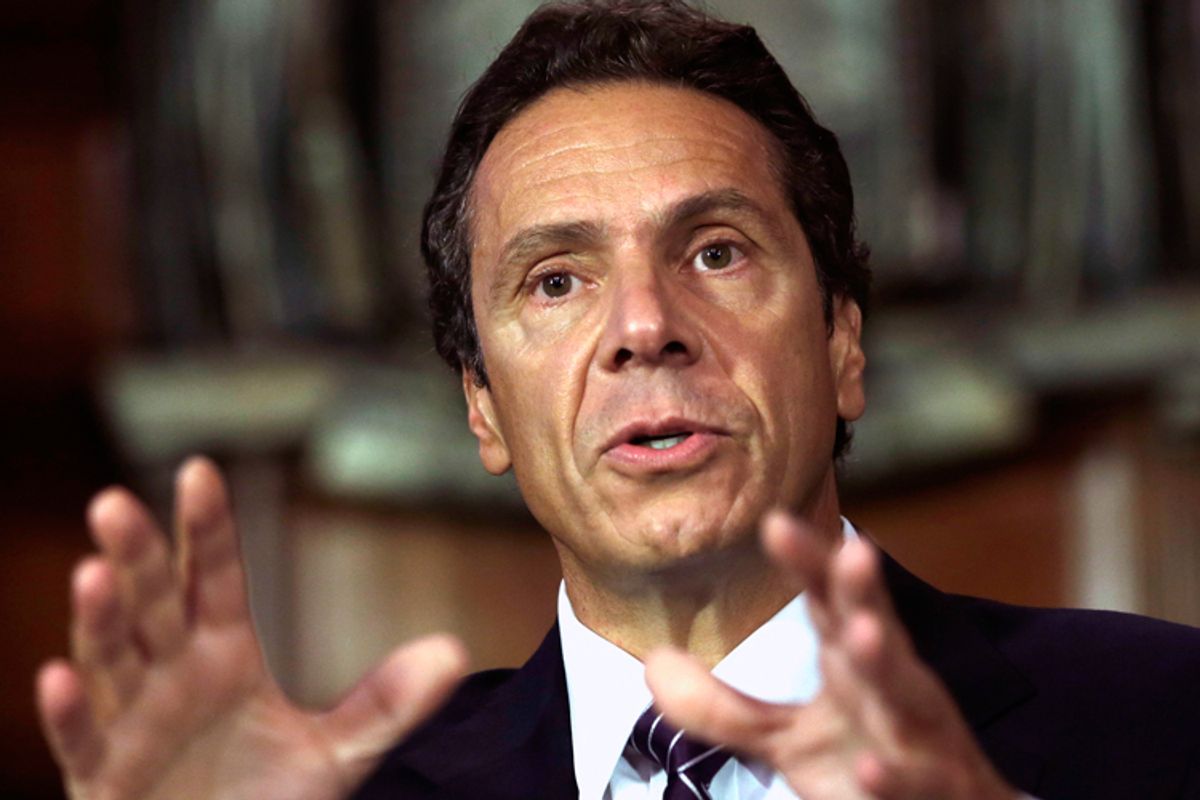 It is not news that New York's political and media elites worship the extremely rich. You can see this when in a tough economy the New York Times publishes a "Wealth" section fronted by a how-to piece on buying Irish castles. You can see it when you hear the city's billionaire mayor insisting that critics of wealth inequality should be quiet because they interfere with his dream to "get all the Russian billionaires to move here." And you can see it when you behold Gov. Andrew Cuomo, D-N.Y., slamming a modest initiative to slightly increase taxes on the Big Apple's millionaires.

Again, none of this unto itself is all that newsy because it isn't all that new. New York's "let them eat cake" culture has been around for a long time in a city where almost half of all residents live below or near the poverty line. However, what is news is the extent to which this wealth-obsessed environment helps strengthen the mythologies that distort economic reality.

“What they fear is that they’re in a place where the taxes will continually go up and there will be a ceiling and they’ll say, ‘I’m going to Florida,’” Cuomo said of the rich. “I believe that.”

Before you join Cuomo in weeping for the Manhattan fat cats supposedly forced to flee from economic persecution, remember that his story is a fantastical fact-free fable -- one that conveniently serves the political interests of the aristocracy, but has nothing to do with reality.

Take New Jersey as one example of actual reality. After the state raised taxes on income above $500,000, Princeton University researchers found that the number of half-millionaires who left the state was negligible, and that most of those who departed actually "moved to states that impose higher state income taxes." In other words, the tiny number of wealthy families who left New Jersey after the tax hike weren't fleeing higher taxes; if they were, they would not have gone to places with even higher tax rates.

Similarly, look at California. There, Princeton and Stanford researchers were granted access to private tax-return data to study the migration question. After compiling all the data, they concluded that “the highest-income Californians were less likely to leave the state after the [2005] millionaire tax was passed."

Those echoing Cuomo's tax migration myth defend their argument by citing a decline in the number of New York millionaires from 2007 to 2009 after the state passed a tax surcharge. Yet, the real story is what Crain's Business reports: "New York lost millionaires (between 2007 and 2009) primarily because New Yorkers made less money and saw their property values drop during the recession, not because they moved to other states."

These facts should matter in the political conversation about taxes -- indeed, they should prevent anyone from ever repeating the myth of the fleeing millionaire for fear of being laughed at and humiliated. But when money buys public offices, media notoriety and broadcast airtime, those with the most cash get to control the entire political conversation, without having to worry about inconvenient facts contradicting their self-serving lies.