Stewart has a simple message for the banks and financial analysts at CNBC: "F*** all of y'all!" 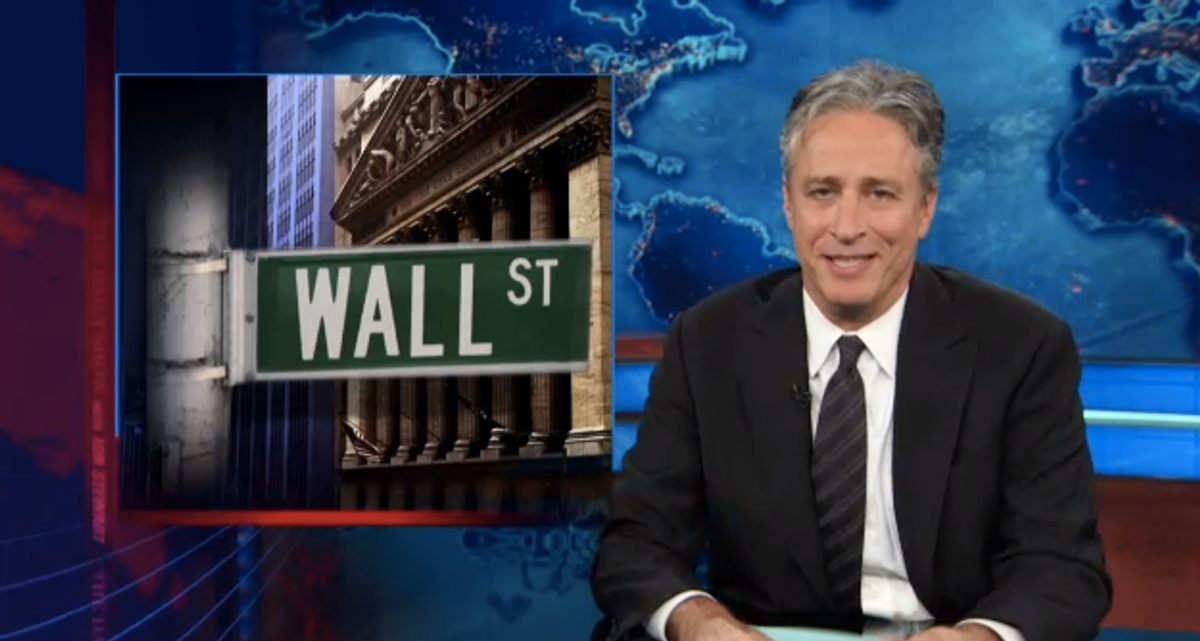 It's been five years since the financial crisis, and Wall Street still hasn't been held accountable for its role in bringing on the recession, lamented Jon Stewart on last night's "Daily Show." That is, until this week, when JPMorgan and the government reached a settlement of $13 billion.

Financial reporters who cover Wall Street should be thrilled that justice is finally being served (well, not really), but instead, analysts are outraged over the (tax-deductible) fine. "So wait, what I saw is a mutually negotiated compensatory agreement for outstanding liabilities related to some shady business dealings," said Stewart, reviewing his understanding of the facts. "You see as a shakedown witch hunt scalping jihad!" he said of financial reporters.

"I say 'tomato,' you say, 'It's like if the Holocaust had sex with slavery while the last 10 minutes of Human Centipede watched!'"

Stewart grew so exasperated with the financial reporters that his coverage boiled down to a simple: "Fuck all of y'all."