Study: Your great-grandparent's exposure to DDT could be making you fat

The pesticide's gene-altering effects can be passed down three generations, researchers found 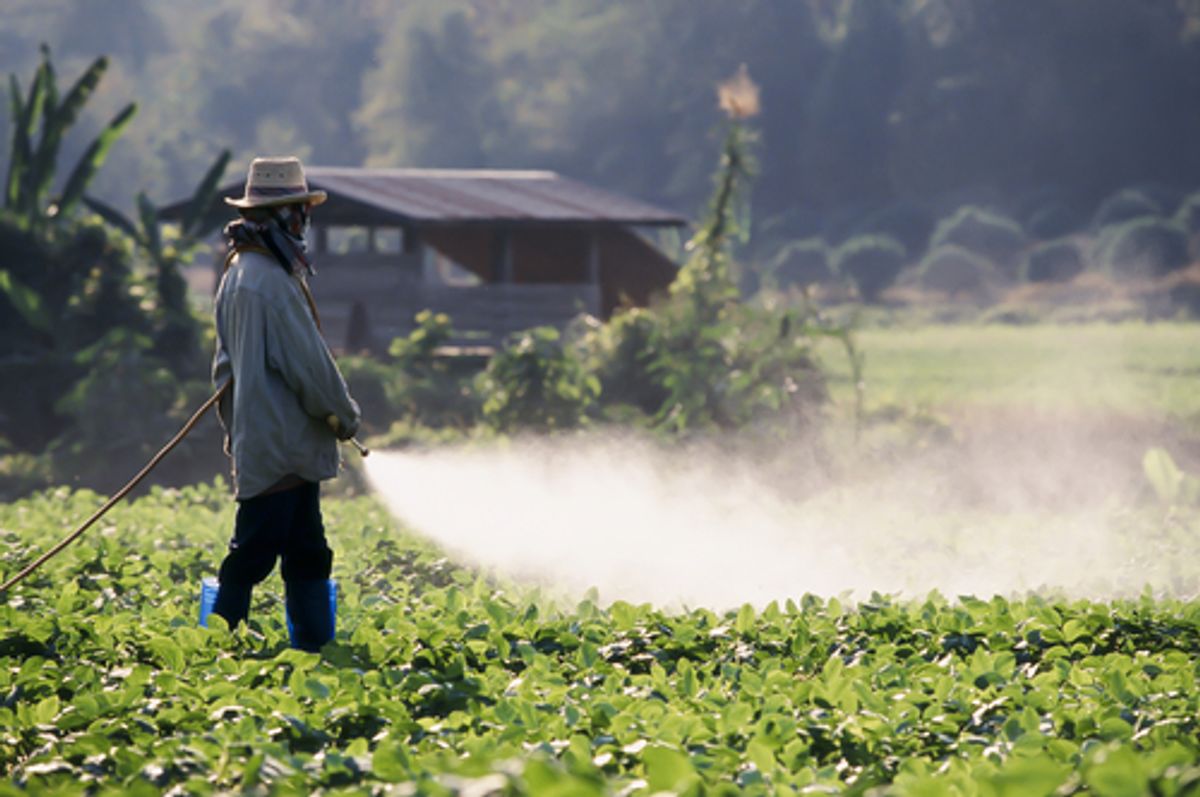 Americans born after 1972 have been fortunate enough to grow up in a DDT-free world, for the most part spared exposure to the potentially cancer-causing pesticide. But as the Environmental Protection Agency acknowledges, DDT is difficult to eliminate entirely, both from the environment and from the bodies of those exposed to it. So it's very possible that we're still seeing its toxic effects today -- and according to new research, it could be one of the factors contributing to the current high rates of obesity.

From the Los Angeles Times:

Scientists injected pregnant rats with DDT and found no change in their levels of obesity or their offspring. But by the third generation, more than half of the rats (think of them as the great-grandchildren) showed dramatically higher levels of fat and weight gain, even though they were never exposed to the pesticide themselves.

"Here is an ancestral exposure in your great-grandmother, which is passed on to you and you’re going to pass on to your grandchildren," said Michael Skinner, a professor of biological sciences at Washington State University who led the research published in the journal BMC Medicine.

Skinner clarified that this one study can't be directly extrapolated to humans, but called attention to the renewed use of DDT to fight malaria. What benefits the current generation could end up having unforeseen consequences down the line.