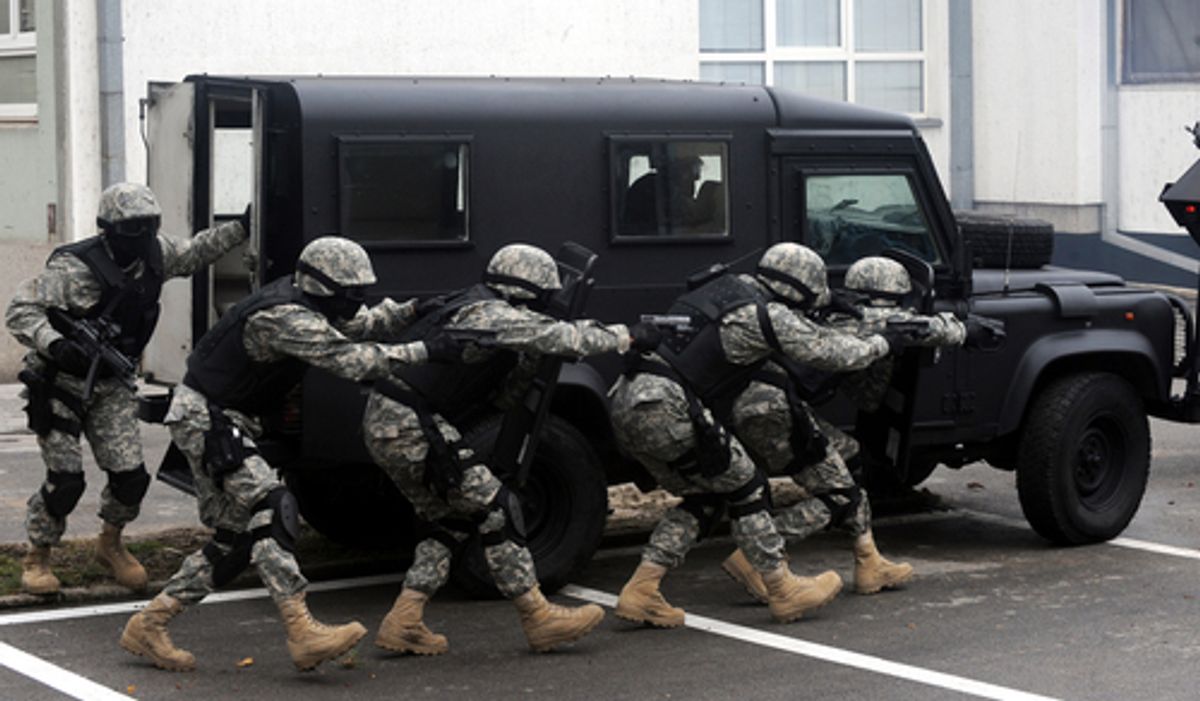 Radley Balko, investigative reporter with HuffPo, has for some time been tracking the creeping militarization of domestic local policing. As part of new reported series, Balko Thursday noted an unlikely locus of pushback against this trend in the conservative state of Utah.

Balko highlights a number of heavy-duty, military-style SWAT raids on smalltime criminal targets, such as a minor weed grower's house, that launched a movement for police reform. The reform efforts are led being by the family of Matthew David Stewart, a 37-year-old army vet who grew marijuana for personal use in his basement, whose house was riddled with bullets in a SWAT raid. Stewart himself was struck by bullets but survived -- he shot back at the police and fatally struck an officer. However, the Salt Lake City press comdemned the "beefed-up police tactics" for the incident's escalation. Balko reports:

These incidents have spawned a budding police reform movement in Utah. At the head of it, Stewart's family members have been joined by a political odd couple: Jesse Fruhwirth, a longtime progressive activist rabble-rouser, and Connor Boyack, a wonky libertarian with a background in Republican politics. And independently, in Salt Lake City and Salt Lake County, the police chief and lead prosecutor have already begun to adopt some unconventional, reform-minded approaches to crime and punishment.

That Utah, one of the most conservative states in the country, would become a hotbed for police reform, is surprising. But these reformers have carefully crafted their approach, honed a message that seems to be resonating with the community, and won over some early converts. As botched raids and excessive SWAT-style tactics have gained increasing notoriety around the country, other communities may soon be looking to Utah as a model for less aggressive but more effective approaches to public safety.