The regulations could stop contaminated pet food from reaching consumers 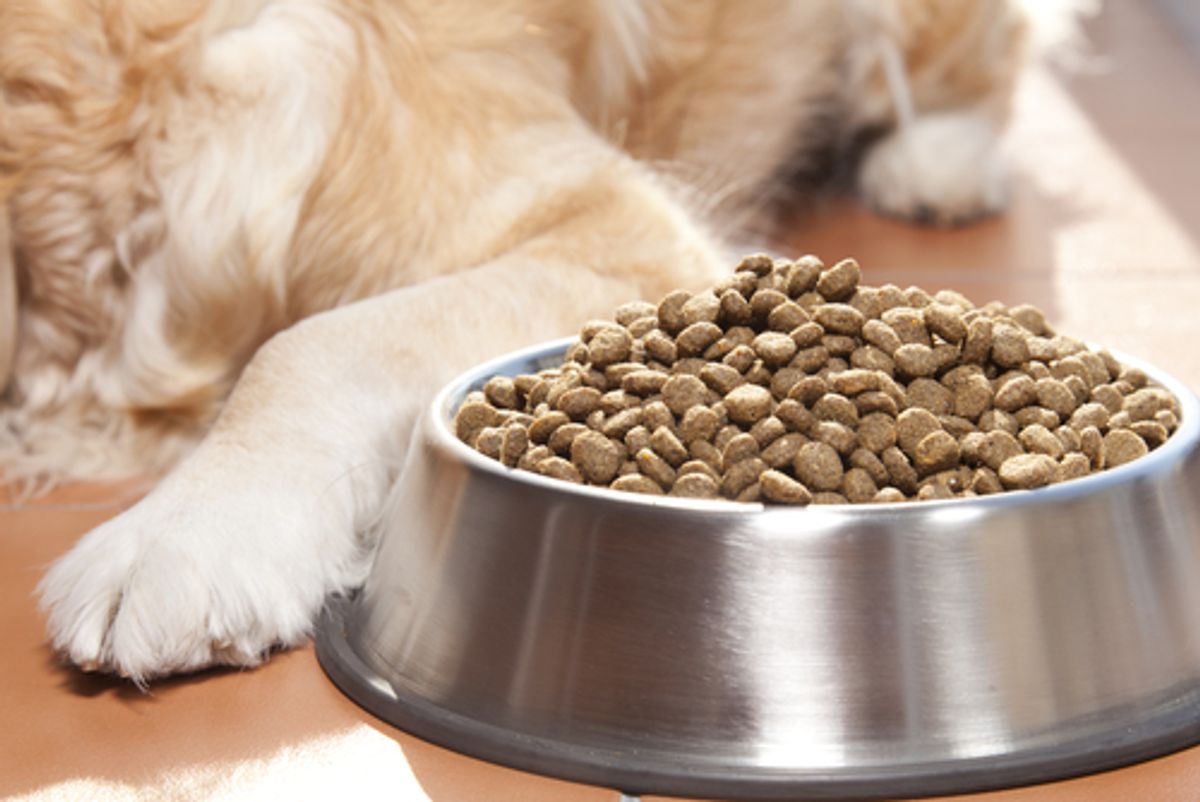 As the Food and Drug Administration continues to come up short on a possible explanation for the deaths of nearly 600 pets nearly six years after they were first linked to imported jerky treats, the federal agency is at last getting around to passing rules for pet and animal feed that would help prevent contamination before it begins. The Associated Press reports:

The proposed rules would require those who sell pet food and animal feed in the United States — including importers — to follow certain sanitation practices and have detailed food safety plans. All of the manufacturers would have to put individual procedures in place to prevent their food from becoming contaminated.

The rules would also help human health by aiming to prevent foodborne illnesses in pet food that can be transferred to humans. People can become sick by handling contaminated pet food or animal feed.

The FDA's current involvement in animal food safety is mostly reactive -- a strategy that, in the jerky case, is failing miserably. They've yet to recall, or even publicly identify, the treats that are suspected to be contaminated. The rules, which could cost the industry $130 million annually to comply with, would enable the FDA to take simple measures, such as documenting basic information about the cleanliness of facilities, to protect pet and human health.