Fight the NRA: 28,117 gun deaths since Sandy Hook must be remembered

There's a mass shooting in America every five days. Why do we lack the courage to do something about it? 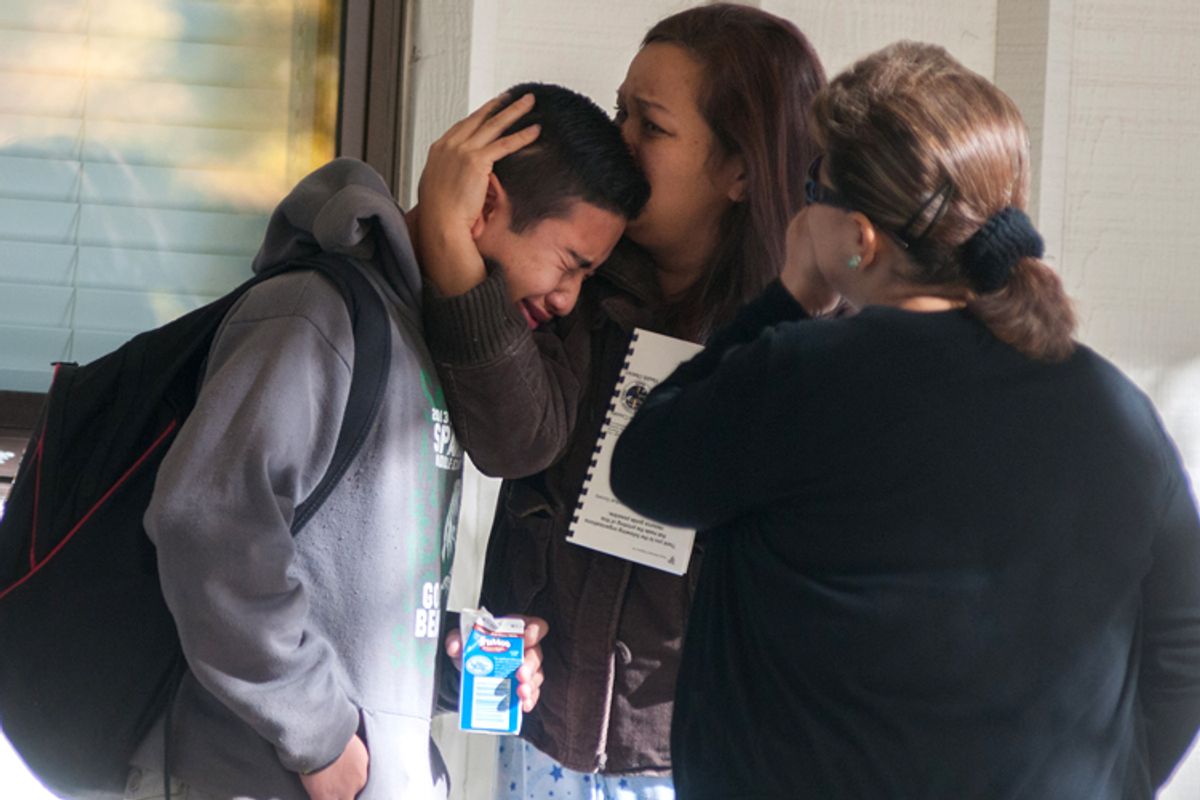 As of this week, estimates are that 28,177 Americans have died of gun violence since the Newtown, Conn. school shootings.

This includes a 2-year-old who, last weekend, fatally shot herself with a loaded .22-caliber pistol she found in her family’s living room. And it includes the 12-year-old who earlier this week opened fire at his middle school in Nevada and the teacher he killed in the shooting.

It includes, frankly, 28,177 more people than it should. And most of those 28,177 people don’t even register on our public radar as we become disgustingly numbed to the everyday prevalence of gun violence in our communities.

We don’t know all the solutions to gun violence and violence in general. But not having the perfect answer doesn’t mean we should do nothing at all — and we know some very simple and, not incidentally, very popular measures that we could take to curb gun violence.

Almost 9 in 10 Americans support universal background checks for gun sales — which is also supported by 75 percent of actual NRA members. Seventy percent of Americans support bans on military-style semi-automatic weapons and high-capacity ammunition magazines. Even a strong majority of NRA members think that people with certain types of recent criminal charges should not be able to buy guns and that illegally selling guns should carry a minimum two year prison sentence.

In addition to expanding mental health treatment and access for all Americans (Obamacare, anyone?), these simple gun safety laws would make a serious dent in our runaway gun violence epidemic.  So why the inaction?

Sure, it has something to do with the disproportionate stranglehold that the NRA leadership — divorced from the desires of their actual members — has on Congress, both Republicans, and to a disturbing extent, some key Democrats as well.  And sure, to an extent part of the challenge is that while a small number of gun rights extremists feel particularly passionate about this issue, the large majority of Americans who want sensible reforms don’t feel as impassioned. The persistence of the minority fringe trumps the desires of the reasonable majority. Tyranny of the majority, this ain’t.

But the other factor is surely the irony that we have become so inoculated to the massive and ever-present reality of gun violence that we shake our collective fist less and less vociferously in its constant wake. According to one report, there is a mass shooting every five days in the United States. Every five days! That is nothing short of horrifying. And yet like many horrors of a grand scale, whether global widespread poverty or rampant domestic violence against women, such social issues can seem overwhelming and therefore intractable.

Once in a while, an episode shocks our conscience and captures our collective attention for a moment or two, such as when a gunman bursts into an elementary school and kills six adults and 20 children in less than five minutes.  But more often, sadly, the cases of violent shootouts in cities like Chicago or suicides in small towns across America are so absurdly commonplace that we barely bat an eye. Or phone our members of Congress.

What’s most sad about this state of affairs is not that the overwhelming majority of Americans support common sense gun laws, or even that a majority of responsible gun owners support such laws and yet nothing happens. Nor is the most depressing fact that Congress fails to stand up to the fringe power of the NRA or that President Obama, generally ineffective at wielding political capital even when he has it, is not adept at pushing through Congress the basic reforms that are in all of our best interest.

No, what’s most sad is that 28,177 Americans have died in less than a year because of gun violence — a number that would never be zero, but would certainly be much lower if we patched our broken laws to ensure that dangerous people don’t have access to dangerous weapons.

And for those 28,177 families, even one less death would be a big deal.