This Sunday, everything comes to a head in some of the best TV all season. Here are some of the matchups to watch 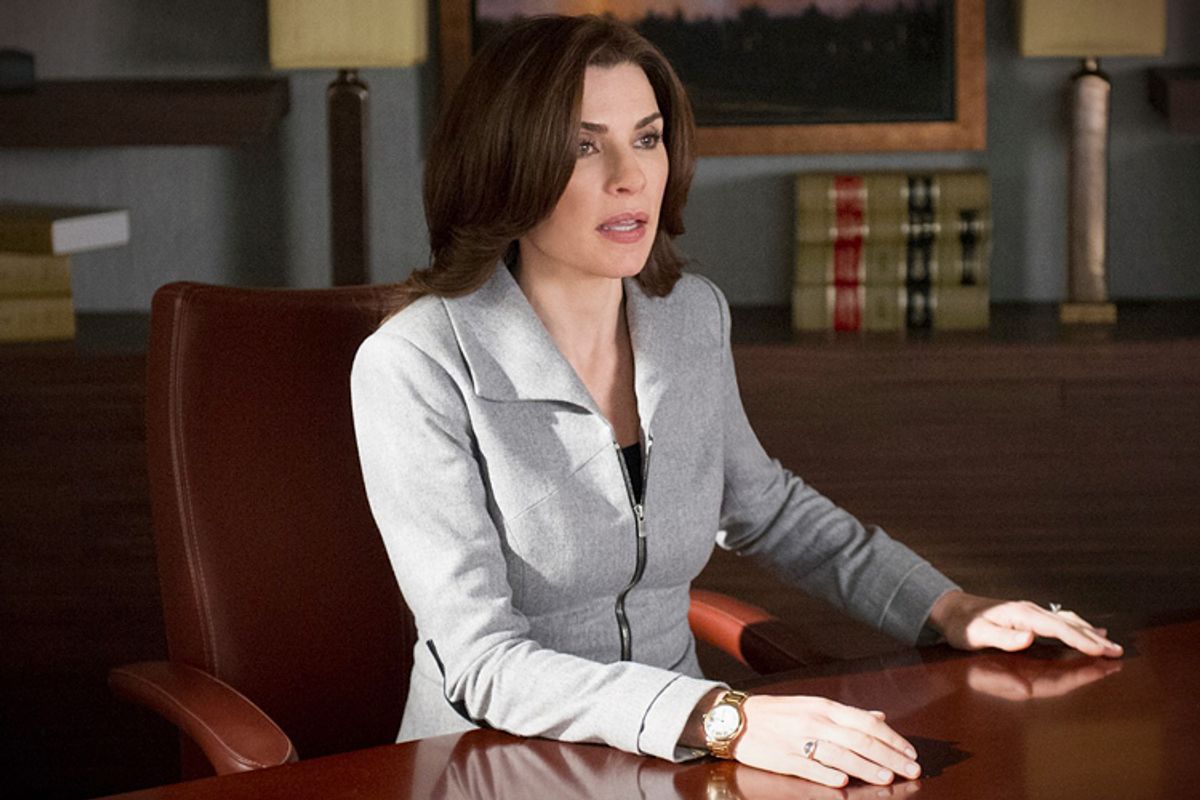 This Sunday night's episode of "The Good Wife" comprises forty-odd minutes of some of the best television I've seen all season. The basic gist of it is the culmination of a plot by employees of Lockhart Gardner & Associates to break off and form their own firm, taking with them some of their old shop's major clients. The episode is appropriately titled "Hitting the Fan" and the brilliance of it lies in the way several long established threads of conflict and passion are knit together and confined by the formality of the law.

The episode is almost constantly in motion, tightly bound to a simple, steady orchestral score that somehow makes you feel as if you're watching a film by "In The Loop" director Armando Iannucci. The characters must confront betrayal, deceit, anger, and fear — all while remembering to document everything in the likelihood that they will eventually be deposed about the day's events. It's all emotion tied up by intrigue, strategy, and manipulation. Revenge hinges on the sly use of legal precedents — what the hell is tortious interference? — malicious phone calls to the health department, and a well-timed press conference.

But I certainly would not have wanted the contents of this episode spoiled for me, and neither will I pop the seal for others. Rather, I issue a quick summary of the major relationships that are in play and at stake going into this game-changing episode.

Alicia Florrick and Will Gardner - The steamy romance between the governor's wife and the firm's most devious partner has long been extinguished, but that hardly means that all the requisite emotions have dissipated. Nothing turns residual affection into resentment faster than getting stabbed in the back — or the bank account.

Will Gardner and Diane Lockhart - Two weeks ago these once-friendly colleagues were fire and ice, staring at each other across a conference table, scheming to back the other down. Diane's imminent departure galvanized Will and the rest of the firm's partners against her. Now, faced with a common enemy, they must choose whether or not to realign.

Alicia and Peter Florrick - The couple have certainly had their ups and downs — the entire show is predicated on much-publicized turmoil in their marriage. Lately, though, they have been on good terms, and those are likely to improve as the pugnacious governor gets a chance to show up in his wife's corner.

Will and Peter - On second thought, I'm not touching this one. Watch the episode for this brief face-off alone.

Kalinda and Kalinda - Lockhart Gardner's chief investigator has always kept her cards close to the skintight, leather vest —especially during this plot by Alicia and Cary Agos to defect. Sometimes it's hard to know what side she's even on.

Lockhart Gardner (or will it be just Gardner?) and Florrick Agos - Again, if Diane leaves, what happens to the firm? Does horrid divorce lawyer David Lee step up, or does Will run the place by himself? And if Alicia and Cary succeed in launching their own practice, does the rivalry between the two firms become the basis of the show? Who gets ChumHum? Why the hell is it called ChumHum?