If you're curious about gaming but not sure where to start, check out these beautiful, nontraditional games 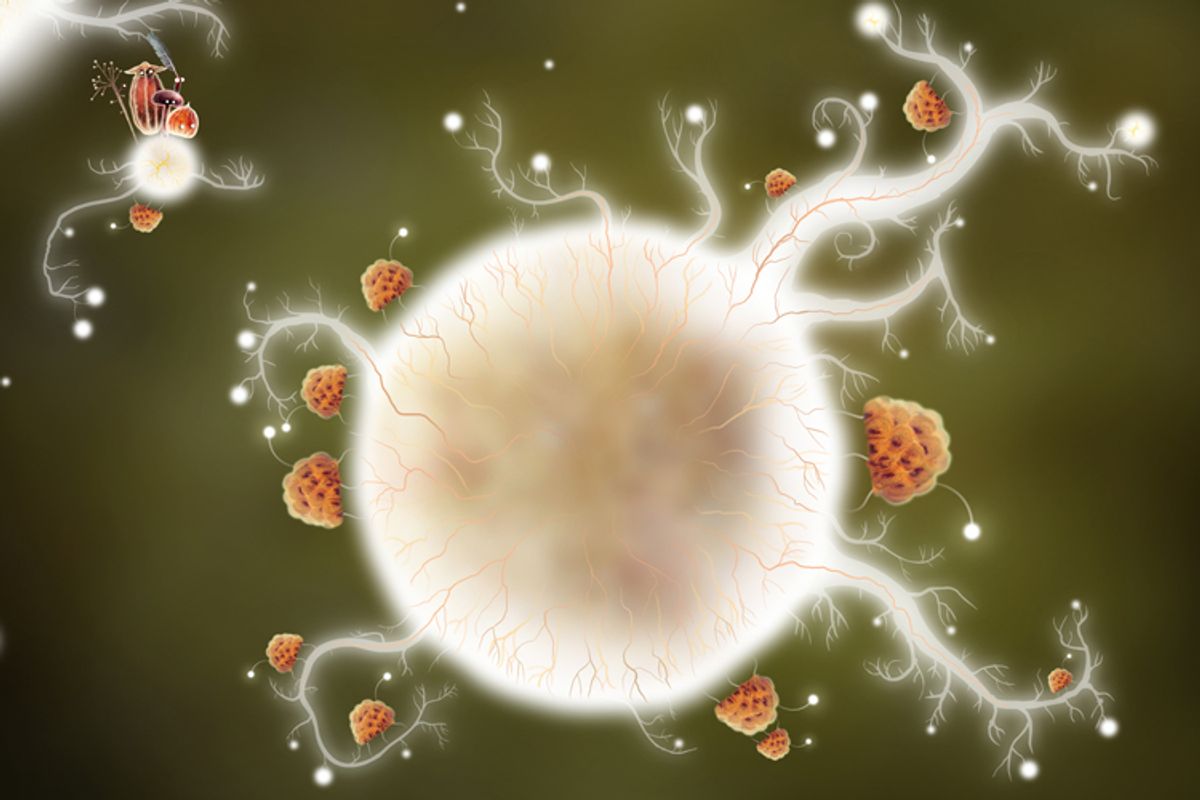 Video games have always had their own language. They follow certain implied rules and structures that can make deciphering even the most basic mechanics (movement, objectives, camera control) seem absolutely alien to anyone who didn’t grow up with games around the house. This is a shame, because it’s prevented a huge swath of the population from having some very exciting times.

But over the last few years there’s been a smaller, more independently driven movement of game developers who have thrown off the traditional twitchy, challenge-oriented gameplay philosophy, and have started creating games meant to be felt, rather than won. These games deliver all the thrills of interactive entertainment, while remaining incisively approachable. If you’re not familiar with the medium but have always been curious about games, or even curious about what makes people passionate about games, the following five titles are totally worth your time.

There’s very little prologue to "Gone Home." The year is 1995, and you, Kaitlin Greenbriar, have just wrapped up a year-long trip through Europe, and are standing on the front porch of your family’s old mansion. You’re excited to see your parents and your little sister, but as you walk through the front door, you realize that everyone has disappeared. The lights are dimmed, windows are closed, and the only clue you have is a note from your sister tacked on the wall, imploring you to stay off her trail.

The atmosphere of "Gone Home" is thick, layered and immaculately conceived. The game pits you against a big, empty house, full of the same tensions and warmth that color any family environment. Its story is told entirely through documents — letters, notes, magazines, books, invoices and diaries — all strewn about, and all offering a little more light on the mystery. There’s something ingenious about the way the game is able to spark the player’s insight; it lets us excavate the house slowly, on our own terms. You might pull open the drawer on your father’s nightstand to find a Bible, and later you might find a Bible buried in some neglected corner in the back of your sister’s closet. This information could easily be missed. It’s not spoken or presented; it has to be discovered. I love the way "Gone Home" gives us all the puzzle pieces, and then leaves us to our own intuition. It tells a beautiful story without ever forcing the player to relinquish control.

An immigration officer may not seem like a romantic figure — much less a criminally underpaid immigration officer patrolling the contentiously-drawn borders of the post-Soviet Eastern Bloc. It’s amazing, then, how Lucas Pope managed to make "Papers, Please" so entirely enthralling. It’s a simple game; people step into your office and drop a pile of bureaucratic papers on your desk and you determine whether or not they’re eligible for entry. Are their passports expired? Do they have work permits? Are their photos dubious? Weeding out those trying to game the system is surprisingly engaging, but the real strength of "Papers, Please" is how it ties its desperate setting into some knotty moral dilemmas. It's a game that explores what it means to confirm. You're conscripted by an uncaring government and put in a toothless role in an overbearing bureaucracy. You have to decide if you want to keep your head down and do your work, or try to use the little power you do have to help the people passing through the border. A husband’s paperwork clears, but as he leaves he begs you to allow his wife passage into the country. She arrives right after him with an expired passport. Do you look the other way? If you do, you could end up out of a job, and your kids are already hungry enough. Situations like that make the humanity and complexity of "Papers, Please" inspiring.

It’s hard to explain what makes "Kentucky Route Zero" so alluring. The art is gorgeous, the music is beautiful and the characters have an aching, eternal melancholy. You’re parked in front of a gas station called Equus Oils, in some ghostly, imagined version of the American South. You’re looking to deliver something, along a mysterious road called the Kentucky Route Zero.

"Kentucky Route Zero" is an episodic series, meaning that the full story will be told over the course of five small-sized games. Right now only two of the five episodes have been released, which means I can’t speak to the full breadth of the game’s revelations — we’ll all have to wait till 2014 for that. But what I can say is that "Kentucky Route Zero" creates a one-of-a-kind vibe, an indelible mixture of gothic American folklore, trans-dimensional sci-fi and a resonant spiritual undertone. There’s nothing else like it.

"The Wolf Among Us"

"The Wolf Among Us" is another episodic adventure that comes to us from longtime developers Telltale Games, who are fresh off widespread critical acclaim for their interpretation of "The Walking Dead." "Wolf" is based on the Fables universe, which was born in Bill Willingham’s comic book series of the same name. It’s a world where classic fairy tale characters like Snow White, Little Boy Blue and the titular Big Bad “Bigby” Wolf have been folded out of their fantasy realm and into an ambiguous human reality, where mighty heroes and evil villains are hard to come by.

It’s a pulpy story, told with a flashy, neon, 1985 noir. But its eccentric premise allows for some surprisingly inventive character drama. Bigby has been given a second chance, but has to live under the scrutiny, paranoia and fear of all his fellow Fables. He is the Big Bad Wolf, after all. It’s a detective story that’s as fantastical as it is gritty — somehow it all comes together extraordinarily well.

Nothing will make you happier. Seriously. Go download "Botanicula" right now. The wordless characters, the charming story, the absolutely unbelievable music — this is pure sublimity. Have you ever wanted to fall in love with a mushroom? Or see what a stick insect wants for Christmas? Then you should play "Botanicula." There’s absolutely no way it will let you down.