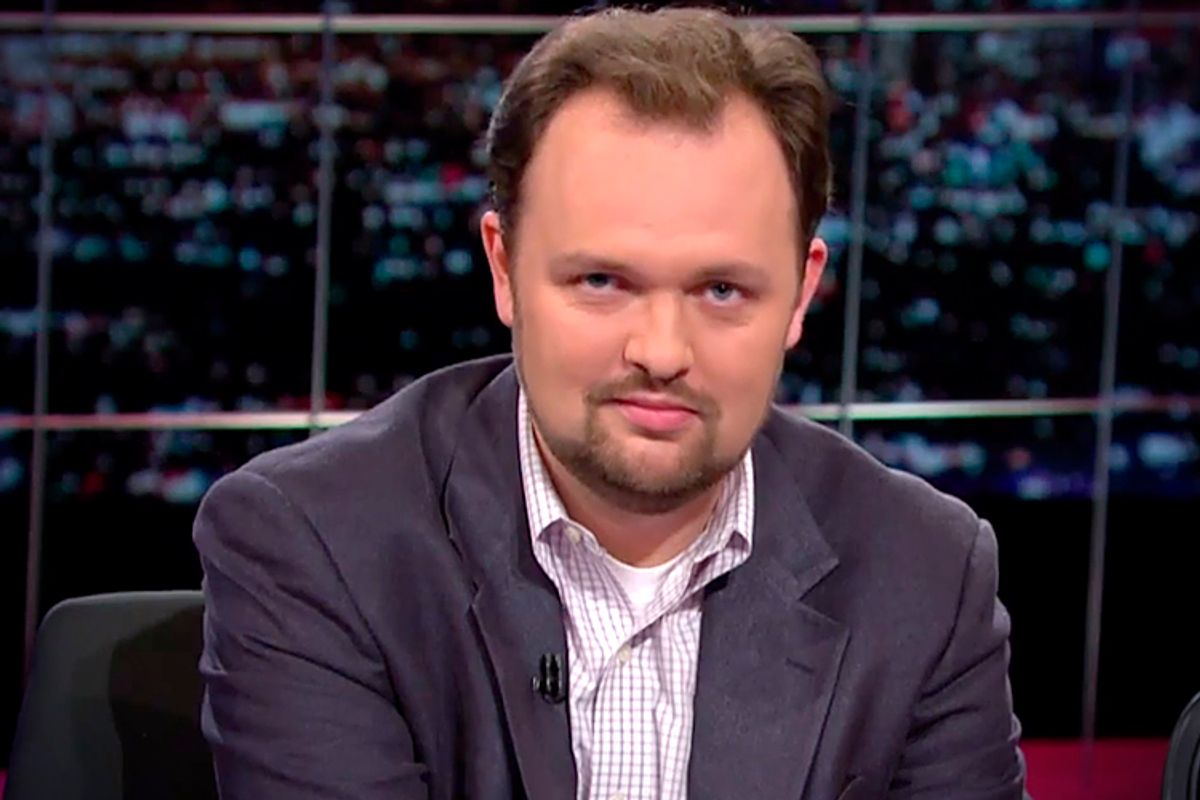 Here's some good news. Jeff Zients — the guy President Obama tasked with managing the Healthcare.gov cleanup job — told reporters on a conference call Friday that Obamacare's federally facilitated insurance marketplaces should be working well by the end of November.

The Healthcare.gov rollout has been so bad and the threat to the integrity of the law is so real, it stands to reason this isn't just spin or wishful thinking. It could turn out to be wrong. But at this point the administration gains nothing by sugarcoating things. Quieting criticism for a month won't have any demonstrable benefits if by the end of November the system's still broken. They'll have just compounded the damage they've done to their credibility and people's faith in the project.

So I'm optimistic that's not what's going on here.

But in the unlikely event that the whole thing crashes, I want to circle back to a long post Ross Douthat wrote this week, which essentially posits that if Obamacare fails, the conservative and liberal visions of where to go next don't overlap at all.

I agree with Ross' broad assessment even if there are a few things I'd quibble with at the margin of his description of the liberal health care ideal. I also don't really think a total healthcare.gov failure will put the country's health care system at the center of a struggle between more liberal and more conservative reforms.

But here's where I think Ross' analysis of the left-right health care divide veers wildly off course.

[C]onservatives and libertarians (and a few liberals) … look at the European/Canadian model and say, Surely there’s a better way than that. Yes, we concede, the strictly socialized systems do seem to save money relative to our mixed, kludge-y, public-private mess. But we also think that Americans really do get something for all the extra money that we spend: Specifically, a system that appears to drive a leonine share of global health care innovation, creating the drugs and procedures and life-extending technologies that then ripple outward, improving health and life expectancy in the developed and developing world alike. And the great fear on the right is that if we, too, end up controlling costs from the top down the way other countries do, then we won’t just squeeze waste out of the system, we’ll squeeze out innovation and drive out talent as well … and worse, we won’t even know it, because we’ll just assume that the innovations that we get are the only ones there could have been.

I think the culprit here is a false syllogism: I am a conservative; I worry about the innovation loss that might accompany a single-payer health care system; ergo the core of conservative opposition to single-payer is a profound concern for medical research.

That just doesn't comport with reality at all. In Ross' view, the right's approach to a post-Obamacare world — "the beau ideal for right-of-center health policy types" — would combine universal catastrophic coverage with tax advantaged health savings accounts, reflecting an approach that, in his telling, has worked out okay in Singapore. But there are two big problems here. First is that in a scenario where the right is handed the opportunity to remake the country's health care system, this isn't the system they would make. Conservative health policy wonks just don't have the same kind of juice with conservative lawmakers that liberal wonks do with Democrats.

But even if they did, the system Ross outlines would lack heavy-handed enforcement mechanisms and substantial government role, which is the glue holding Singapore's system together. Moreover, if fostering and protecting U.S. health care innovation were the right's true bottom line, then its policy agenda outside the realm of financing medical care would look a lot different than it does.

What I really see happening on the not-Ross-Douthat right has nothing to do with health care innovation, but is instead another example of conservatives kicking up dust to obscure their perennial aversion to taxing people — particularly rich people — to spend money on takers.

A better way see what's really going on would be to shift the conversation away from abstractions like "What mechanisms should we use to finance medical care?" and "What should our core goals for the U.S. health care system be?" over to more concrete issues: How much money should the government be spending on health care in aggregate? $500 billion a year? $1 trillion a year? And what should we spend it on? Here's how I would spend $500 billion, etc..

I suspect conservatives and liberals would have very different answers to these questions, except insofar as they agree that research should be well financed. In the real world, the broader right's problem with Obamacare (and single payer and national health care) is that it taxes the rich to subsidize the poor and middle-class. Where the right runs into trouble with just coming out and saying it is that in a system like Obamacare, the benefits and beneficiaries aren't easy to pigeonhole or dismiss. It's not just a system for the underclass, but also for people who are sick and people who want to take economic risks but have families and are thus indentured at unfulfilling jobs.

This problem doesn't exist with less kludgy but more targeted programs like food stamps. And thus the conservative campaign against food stamps is very telling. There's really no denying that food stamps "work," in the sense that they actually allow poor people to eat food and thus prevent millions from going hungry. You can quibble with the design of the program, perhaps, but not with the fact that for all the poverty in America, there isn't a rash of poor people starving to death.

But conservatives want to cut food stamps by billions and billions of dollars. Because they think it's unfair to tax job creators to subsidize losers.

That's the nub of it when it comes to Obamacare too. And it's why the right and the left will find it impossible to reach some kind of health care accord in the future if for some reason it becomes imperative to scrap the existing system. I don't think the issue is that the liberals are hyper-invested in any particular "brand" of health care financing. But they're not going to trade away parts of the system that protect vulnerable people unless the things that replace it provide a similar level of welfare.